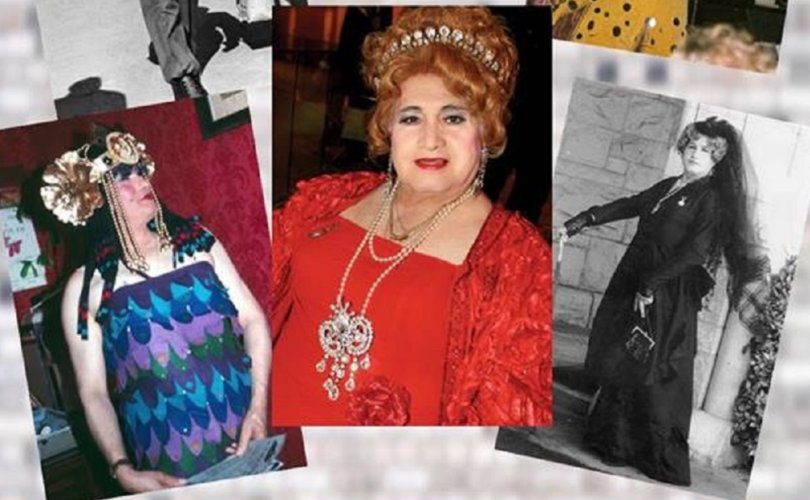 October 12, 2018 (California Family Council) – A famous San Francisco Drag Queen with a prostitution record named Jose Julio Sarria is lauded for his honesty in a new second-grade textbook being introduced in school districts throughout California. The new curriculum was created to comply with a 2011 state law requiring that LGBT historical figures be added to K-12 curriculum. Although the California State Board of Education recommended several textbooks that comply with the FAIR Education Act, the final decision on which textbooks to use is in the hands of local school districts.

“California textbooks should provide information, not indoctrination. Many parents have strong objections to equating the moral character of Abraham Lincoln and Martin Luther King to a drag queen with a criminal record,” said California Family Council President Jonathan Keller.

“In addition, many mothers and fathers find it highly inappropriate to introduce six and seven-year-old children to transgenderism, cross dressing, sexual orientation, and other controversial sexualized topics. The law does not require this and educators should not accept it.”

The second-grade history-social science book, My World published by Pearson, is one of several recommended options being piloted and reviewed by public elementary schools around California. The Pearson curriculum promotes universally loved American historical figures like Abraham Lincoln and Martin Luther King, Jr. for their strong moral character right along side other controversial LGBT “heroes” like Governor Candidate Gavin Newsom, and Sarria.

Sarria is lauded as a “Champion of Gay Rights” in part for his openness and honesty about his gay identity and his fondness for dressing in drag when he ran for the San Francisco Board of Supervisors over 50 years ago.

“[Sarria] ran for public office in 1961. He decided to be honest,” the second grade textbook reads. “He told people he was gay and that sometimes he dressed as a woman. He was the first person to do this when running for office.”

Later in the lesson students are asked to write down how Sarria's honesty inspired others. But the text fails to mention that Sarria, also known as Empress Jose I, was a world famous San Francisco drag queen with a checkered past. For instance, in a book written about his life, The Empress is a Man, there is a whole chapter dedicated to Sarria's arrest and conviction for solicitation after he was caught during a sting operation at the St. Francis Hotel. The criminal record forced him to give up his plans to be a teacher.

The second-grade lesson pictured below is being piloted right now in the Elk Grove Unified School District. Parents are encouraged to come view the new curriculum on October 11, and asked to give the school district their input. Parents will have additional opportunities to view the curriculum over the next several months before the Elk Grove Unified School Board gives their final approval in the early part of next year. Contact the Elk Grove board members and let them know what you think of this new textbook.

According the the California Department of Education website, instruction in history–social science has to include the contributions of those identifying as LGBT in order to comply with the FAIR Education Act, “but again it falls to the teacher and the local school and district administration to determine how the content is covered and at which grade level(s).”

Although these lessons talk about sexuality and gender identity, they are not considered sex education by the state, because they don't talk about human reproductive organs. Therefore, school districts are not mandated to let parents opt-out their children from these lessons. Yet, school districts can create an opt-out policy for lessons that involve sexual orientation or gender identity if they choose.

For more information about Sarria, visit his foundation Facebook page, and a movie website about his life.

Published with permission from the California Family Council.