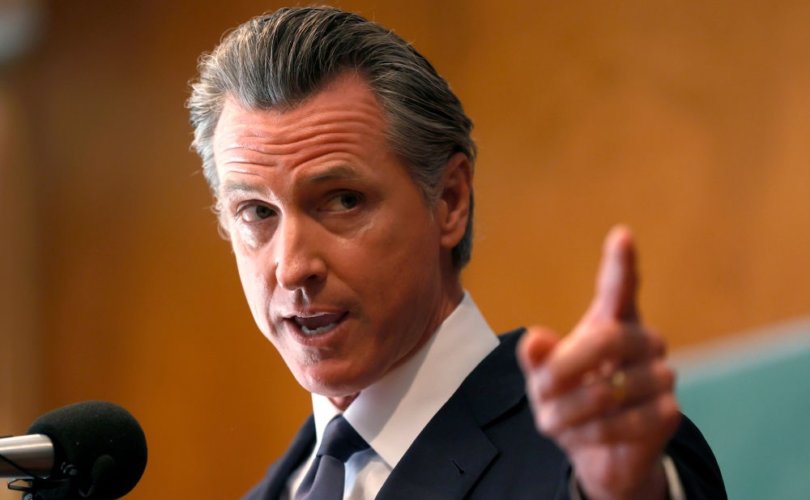 According to Newsom’s announcement, the website is designed to provide both California residents and non-residents with information about procuring and funding abortions, as well easing the difficulties of out-of-state travel. The website also informs non-resident teenagers that they can get abortions in California without parental permission.

“Abortion is legal, safe and accessible here in California – whether or not you live here, know that we have your back,” said Newsom in a statement. “As Republican states continue rolling back fundamental civil rights and even try to prevent people from accessing information online or crossing state lines for care, you’re welcome here in California and we’ll continue to fight like hell for you.”

California just launched a NEW resource for those seeking reproductive care – whether or not you live here.

Abortion remains legal and protected in CA. We have your back. pic.twitter.com/tZ0kquQcoK

— Office of the Governor of California (@CAgovernor) September 13, 2022

The website helps out-of-state users choose one of the over 100 abortion clinics in California, in addition to allowing residents to find local clinics in the state by typing in the name of their city or town. The site also hosts links to pro-abortion websites – including the Planned Parenthood and National Abortion Federation pages – that directs non-California residents to abortion providers near them, and states that California residents may be able to get abortion medication by mail rather than visit a clinic. According to Newsom’s office, the website does not keep user data.

Reacting to Newsom’s announcement, Jonathan Keller, president of the California Family Council, told the Daily Wire that Newsom was “courting the most extreme factions of the progressive movement” as he “hints at a future presidential run.”

“California has world-class medical facilities, saving and improving countless lives every year,” Keller stated. “But Newsom is not inviting residents of other states to come here to get care for their unborn children, only to end their lives.”

The website was launched the day South Carolina Republican Senator Lindsey Graham announced that he was introducing a bill that would set a national abortion ban at 15 weeks, the threshold where children begin to feel pain.

Speaking at a press conference, Graham said “I think we should have a law at the federal level that would say after 15 weeks, no abortion on demand except in cases of rape, incest [and] to save the life of a mother. And that should be where America’s at.”

The governor has a history of defending and promoting abortion. In May, he allocated $125 million to expand abortion access in California, an action which he called “pro-life,” and the 2022 California budget includes $200 million allocated to fund abortion businesses.

Newsom also signed a law in March that eliminated out-of-pocket costs for abortions in California, prohibiting health insurance companies to charge deductibles, co-pays, and other fees for abortions.

The governor is expected to sign a bill that would prohibit investigation into the death of an unborn child and provide legal protections for anyone who obtains or helps someone obtain an abortion. Pro-life attorneys have warned that language in the bill allows for it to be interpreted as a decriminalization of infanticide.

California residents will vote in November whether to designate abortion as a “right” under the California constitution or not.

Abortion has been banned or restricted in over 12 states since the Supreme Court overturned Roe v. Wade in June.