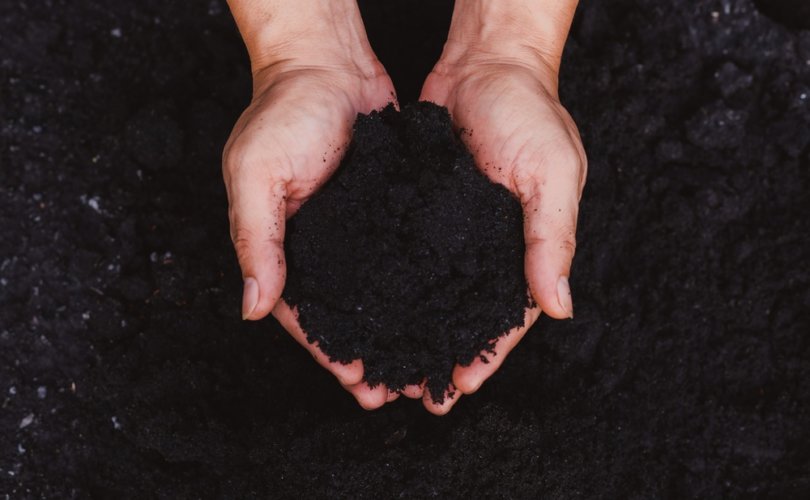 SACRAMENTO, California (LifeSiteNews) — California Democratic Gov. Gavin Newsom signed controversial legislation over the weekend authorizing the “composting” of human remains for soil. The law will allow the material derived from the decomposed bodies to be sold and used to grow food for human consumption, SFGATE reported.

Signed into law Sunday, The Cemetery and Funeral Act (AB 351) will implement regulatory methods for the state to approve so-called “reduction facilities,” in which dead human bodies are broken down in a process not dissimilar to a household composting system.

The measure is slated to take effect in January 2027.

California has become the fifth state to legalize the practice, joining fellow West Coast states Oregon and Washington along with Colorado and Vermont.

SFGATE noted that California’s law strays from Colorado’s in that it doesn’t forbid the sale of composted human remains or the use of the “soil” for growing fruit and vegetables for human consumption.

Democratic Assembly member Cristina Garcia, who authored the bill, said in June the legislation was meant to help address “climate change and sea-level rise” by giving California residents “an alternative method of final disposition that won’t contribute emissions into our atmosphere.”

Garcia said that since “[t]rees are important carbon breaks for the environment,” she looks forward to “continuing my legacy to fight for clean air by using my reduced remains to plant a tree.”

RELATED: Denying the transcendent turns us into animals, cannibals, or fertilizer

The practice of destroying the remains of human beings in order to enrich the soil is known by the euphemism Natural Organic Reduction (NOR).

In 2020, NOR company and activist organization Recompose became the first group in the U.S. to open a human composting funeral home. The Kent, Washington facility houses 10 hexagonal cylinders in which deceased human bodies are stored and their decomposition process is hastened, The Seattle Times reported.

According to Recompose, the so-called “reduction” process involves placing the deceased person “in a reusable vessel, covering [the body] with wood chips and aerating it, which creates an environment for microbes and essential bacteria.”

A human body will be “fully transformed into soil” after “about 30 days,” the organization says. “Soil” derived from the corpses can then be “used to enrich garden beds, planted with a tree, divided across multiple locations, or donated to conservation efforts.”

Information provided on Recompose’s website gives some indication into the ideology behind the NOR movement.

According to the site, employees must “[a]dvocate for climate healing, soil health, and environmental justice,” be “anti-racist” and “committed to advocating for and protecting the rights of BIPOC, religious minorities, and undocumented people,” as well as “[e]ngage with the work of queer feminist practices of inclusion and equity.”

Moves to normalize the use of dead bodies to create soil have been heavily criticized by Catholic groups, who argue the practice fails to pay due respect to the sanctity of human life.

Last year, the Colorado Catholic Conference stated it would not support “NOR” since the Catholic Church “teaches that the human body is sacred and the dignity of the human person is the foundation of a moral society.”

Likewise, the New York State Catholic Conference said it’s “essential that the body of a deceased person be treated with reverence and respect,” arguing that the “composting” method “is more appropriate for vegetable trimmings and eggshells than for human bodies.”

RELATED: US bishop condemns the culture which so easily disposes of sacred human life

Pointing out that NOR was designed for livestock, not human beings, Domingo said the process to break down a human body is equivalent to “a home composting system.”

Moreover, Domingo suggested that spreading composted remains of human beings over trafficked areas “risks people treading over human remains without their knowledge.” In addition, she argued that “repeated dispersions in the same area are tantamount to a mass grave.”

Gov. Newsom, however, a self-professed Catholic who has drawn widespread criticism from conservatives for his far-left stance on issues ranging from abortion to the alleged “climate crisis,” signed the bill Sunday without making any public comment, SFGATE reported.