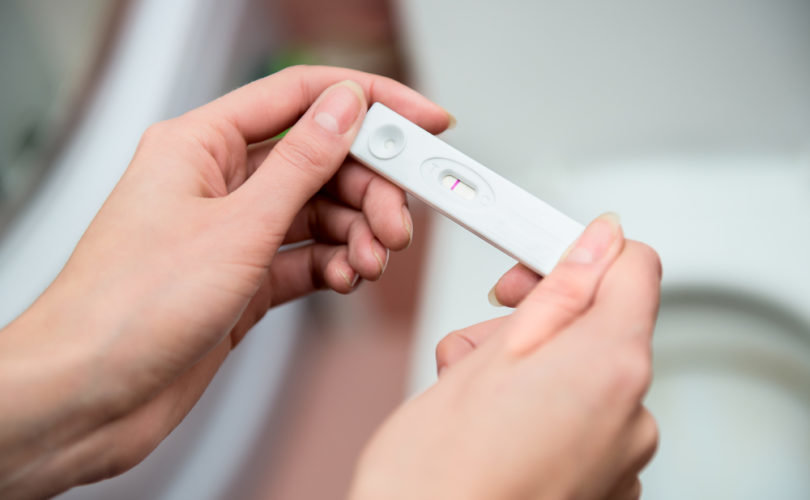 May 27, 2015 (PregnanyHelpNews.com) — A California bill that pro-life opponents say would force locally funded pregnancy help organizations to surrender rights protected by the First Amendment gained the votes it required Tuesday to move from the Golden State’s Assembly to the Senate.

Assembly Bill 775, dubbed the “Reproductive FACT Act” by its authors and the “Bully Bill” by its pro-life opponents, would, if passed, require pregnancy help organizations to post and disseminate a government-sponsored message that includes information on where to obtain an abortion.

The Democratic-controlled Assembly voted by a 46-25 margin to pass the legislation, which now advances to the State Senate, which is made up of 25 Democrats and 14 Republicans.

“Although we are disappointed in the outcome today, it was no surprise that the vote went right along party lines,” Marie Leatherby, Executive Director at Sacramento Life Center and part of a grassroots effort to oppose the bill, said. “Thanks to the many calls, office visits and letters to legislators the Republican opponents to AB 775 were well-equipped with passionate arguments in defense of pregnancy centers and clinics. They gave solid legal arguments as to why this bill is in violation of our First Amendment right to freedom of speech and causes us to violate our consciences by referring for abortions.”

Opponents of the bill have argued that it would force the state’s life-affirming pregnancy help organizations to violate conscience by referring for abortion due in part to the following disclaimer, which they argue amounts to unconstitutional government-compelled speech:

In his close Tuesday, the bill’s primary author David Chiu (D-San Francisco) read the statement, but omitted the final sentence, which would require a pregnancy help organization to give a client contact information on where to obtain an abortion.

Requiring a pregnancy help organization to use its own funds to disseminate a government-sponsored message including the contact information of abortion facilities is tantamount to referring for abortion services, according to Jor-El Godsey, Vice President of Heartbeat International, which has 63 affiliates in California.

“Every woman should have all the information she needs to care for herself and her family during an unexpected pregnancy,” Godsey said. “The issue with this bill is that it does—despite its authors’ assertions to the contrary—trample on the First Amendment rights of locally funded grassroots organizations, while forcing these organizations to effectively refer for abortions.”

Each pointed to issues related to the bill's constitutionality, while Assemblyman Gallagher pointed out that the NARAL Pro-Choice California report on which the legislation was based has, “zero source documentation… no videotapes, no recording, pure hearsay.”

Assemblywoman Olsen also pointed to what she saw as one of the bill's fundamental flaws.

“AB 775 sets a bad precedent by allowing the state—a government entity—to dictate what information a non-profit organization—a non-profit that receives not a dime of state or government funding—has to provide to their clients.”

Identifying herself as having visited a pregnancy help organization during an unexpected pregnancy as a student, Assemblywoman Lorena Gonzalez (D-San Diego) voiced her approval of the bill, arguing, “when an unplanned pregnancy becomes a child, it’s not an unwanted child. It is very much a decision.”

“Rep. Gonzalez’ assertion that ‘choice’ can transform an ‘unplanned pregnancy’ into a ‘wanted child’ perfectly captures the deeply unscientific and unproven grounds of this Bully Bill,” Godsey said. “It is curious that a lawmaker pushing for a bill under the auspices of healthcare information would need to resort to such a straightforwardly un-scientific and false statement as this.”

“AB 775 is an effort to force objectionable, state-mandated speech on pro-life pregnancy care centers which have freely formed in order to compassionately present alternative views; views which are rightly protected by our Constitution – views contrary to those of the authors and supporters of this bill.

“Two of my adopted children and all three of my grandchildren are the living witnesses of the profound and life-affirming options these centers provide. Privately-funded Pregnancy Resource Centers, and the compassionate people who volunteer at them, have a First Amendment right to Freedom of Speech. And it is our duty as officers of the state of California to protect that right, not to assault it.

“Republicans and Democrats ought to agree at least upon this: Unconstitutional, government-imposed speech upon the views of the minority is wrong.”