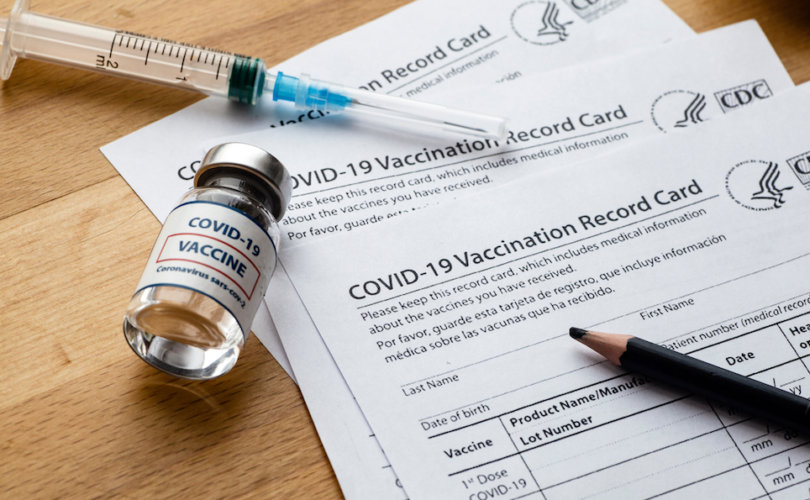 SAN DIEGO (LifeSiteNews) – A California judge struck down a vaccine mandate for San Diego students on Monday in a potentially far-reaching decision for school vaccination requirements across the state.

The San Diego Unified School District (SDUSD) had voted in October to require the COVID vaccine for all eligible students, prompting a lawsuit by anti-mandate group Let Them Choose (LTC). ICAN, another medical freedom organization, also sued to block the requirements.

The San Diego school district’s “vaccine roadmap” mandated that students 16 and up must have been double-jabbed by December 20 to attend in-person classes and participate in extra-curricular activities next semester. Those who remained unvaccinated without presenting a medical exemption would have been placed in an online “independent study” program by January 24.

The judge wrote that SDUSD’s vaccine road map “attempts to impose an additional requirement in a field that the Legislature fully occupies.”

The state legislature granted authority to the California public health department (DPH) to impose new vaccine mandates but never gave the same power to school districts, Meyer noted. He also pointed out that the SDUSD mandate does not include a personal belief exemption, which additional vaccination requirements adopted by the health department must have.

“The statutory scheme leaves no room for each of the over 1,000 individual school districts to impose a patchwork of additional vaccine mandates, including those like the Roadmap that lack a personal belief exemption and therefore are even stricter than what the DPH could itself impose upon learned consideration,” he wrote.

“SDUSD’s attempt to impose an additional vaccine mandate and force students (both new and current) who defy it into non-classroom-based independent study directly conflicts with state law,” the judge continued. The district, therefore, “is required to admit students and allow their continued in-person attendance as long as they have received the 10 enumerated vaccines” set by lawmakers, which do not include the COVID shot.

Roughly 20 percent of SDUSD’s 14,000 students age 16 and older did not have even their first jab as of last week, the San Diego Union-Tribune reported.

“This is the first COVID-19 vaccine requirement in the country to be struck down in a final ruling,” ICAN said in statement. “ICAN intends to fund lawsuits against any other school board in California that seeks to mandate a Covid-19 vaccine.”

LTC founder Sharon McKeeman said that the ruling “shows that parents coming together in a grassroots movement to uphold our children’s rights is powerful and effective.”

Meyer’s ruling could bolster challenges to mandates enacted by other California school districts, like Sweetwater Union High School District, according to the San Diego Union-Tribune.

Los Angeles Unified School District (LAUSD) also mandated COVID vaccination for students 12 and up last month, though the school board shelved the policy until next fall after it was revealed that more than 30,000 students would have been barred from in-person class due to the measure.

Between 0.00 and 0.03 percent of COVID cases in the United States under age 18 have resulted in deaths. In Germany, zero healthy children between the ages of 5 and 18 died of the virus during the first 15 months of the pandemic, a recent study found. The survival rate for COVID-19 has been estimated at no lower than 99.7 percent for all age groups under 60 years old.

At same time, numerous deaths and serious injuries, including heart inflammation and other cardiac issues, have been reported in children and adolescents soon after COVID vaccination. In Sonoma County, California, a 15-year-old boy with no underlying conditions died of stress cardiomyopathy earlier this year just two days after his second dose of the Pfizer vaccine.

“We could end up killing thousands of our children with these safety untested vaccines,” health researcher and former Trump official Dr. Paul Elias Alexander warned in an article last month for LifeSiteNews. “There is no proper safety data, either medium or long term, and parents must stand up now and say NO!”