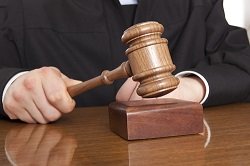 August 26, 2019 (LifeSiteNews) — A three-judge panel of the California Court of Appeals has dismissed a lawsuit from a Catholic mission challenging the state’s mandate that all insurance policies finance abortions, including those of religious organizations.

The Missionary Guadalupanas of the Holy Spirit, which is based in Mexico but has a provincial headquarters in Los Angeles, had brought suit against California’s Department of Managed Health Care (CDMHC) over a 2014 letter revoking exemptions that had previously been granted to exclude elective abortion from insurance plans used by Catholic employers with moral objections.

The letter also told insurers they could not differentiate between “therapeutic” (i.e., supposedly medically necessary) abortions and “voluntary” or “elective” procedures. Earlier this year, leaked emails revealed that Planned Parenthood had pressured CDMHC to get the exemptions “resolved without legislation.”

The Missionary Guadalupanas argued that the mandate forced them to commit a “grave moral offense” by funding something that is “morally, ethically, and religiously unacceptable,” but the appellate panel rejected their case this month, the Los Angeles Times reports.

The mission’s own members “presumably … would never have an abortion,” but “objects to other plan participants being allowed to have abortion coverage,” the judges wrote, which they said violated state law as well as the prevailing interpretation of the California Constitution.

“Nothing in the statute or the regulation limits medically necessary services to those required to save the patient’s life, nor can we imagine that is what the Legislature intended,” the judges ruled. “An abortion procedure is both a recognized treatment for the medical condition of a patient’s pregnancy, and a treatment every woman in California has a legal right to choose.”

“That’s very important in state law. Extending it to health plans is an important principle,” Planned Parenthood of Northern California attorney Beth Parker said. She added that the ruling was “really important now in context of what’s happening in the rest of the country. We anticipate that women may be coming here to obtain abortions” because “their options have been closed off in other states.”

The Trump administration has been working to dismantle similar mandates at the national level; pro-lifers have argued that the administration should also move against state abortion mandates by enforcing the Weldon Amendment, which protects the conscience rights of insurers against state entities that receive money from the Department of Health and Human Services (HHS).