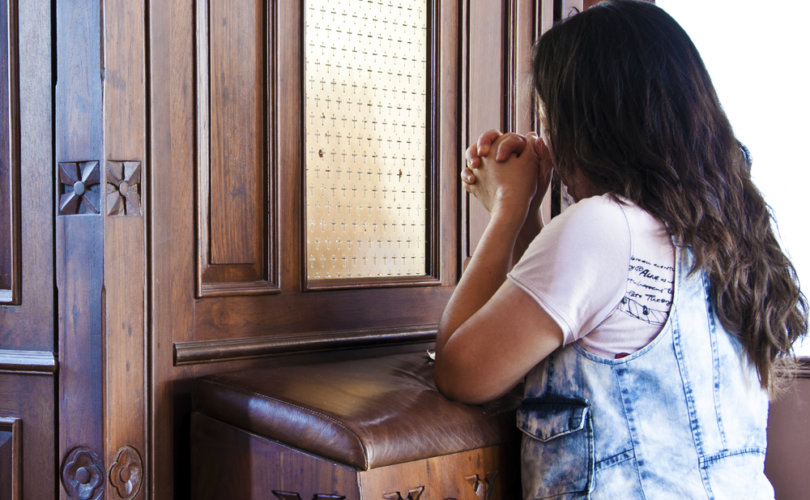 May 2, 2019, LifeSiteNews — A Dominican priest who teaches canon law warns that a bill being considered by California’s legislators requiring priests to report sins heard in the confessional regarding sexual abuse to the police not only presents Catholic clergy with an untenable choice but essentially annihilates the Sacrament of Penance, threatens religious liberty, and puts all religions at risk.

In an op-ed penned for USA Today, Canon lawyer Fr. Pius Pietrzyk wrote that California priests will have to “choose to either maintain the confidentiality of the sacrament and face possible imprisonment or to betray that confidentiality and violate his deepest conscience and the laws of God and the Roman Catholic Church. No priest I know woul choose the latter.”

California Senate Bill 360 would compel Catholic priests to violate the sacramental seal of confession regarding child neglect or abuse. California state law already requires clergy and other professionals to notify government authorities of such cases, but the proposed legislation would obliterate the exemption for “penitential communications” between an individual and a priest or other clergy.

Annihilation of a sacrament

Fr. Pietrzyk quoted a New York Court of General Sessions opinion written in 1813 observing that the government’s respect the secrecy of the confessional is part of its constitutional duty to protect religious freedom:

To decide that the minister shall promulgate what he receives in confession, is to declare that there shall be no penance; and this important branch of the Roman Catholic religion would be thus annihilated.

“If this bill is passed into law, California will commit precisely such an annihilation,” warned Pietrzyk.

The inviolable nature of the Sacrament of Confession

“Although the priest acts as an instrument, confession is fundamentally about the encounter of the penitent Christian with God; he admits his sins to God and through the priest receives God’s absolution,” wrote Pietrzyk. “It is a privileged moment in which a person reveals the deepest part of his conscience to God.”

“The Catholic Church holds that the information received by the priest in confession does not belong to him. It belongs to God alone,” continued Pietrzyk. “For that reason, a priest is absolutely — meaning there are no exceptions — forbidden from revealing the sins of a penitent. In fact, a priest who would dare do such a thing commits a grave mortal sin and is subject to excommunication by the Roman Catholic Church, which only the pope may lift.”

“Such a moment is fundamental to the Catholic identity and is a core part of the practice and belief of Catholics, centuries before the United States came into being,” added Pietrzyk. “For that reason, the courts and legislatures in the United States have almost universally upheld a ‘priest-penitent’ privilege, akin to the attorney-client privilege.”

“If a core principle as deeply ingrained in Catholic tradition and doctrine can be wiped away this easily by the state, no fundamental rights of religion or conscience are safe,” advised Fr. Pietrzyk.

“All Americans — not just Catholics — should be alarmed by what the California legislature is contemplating. To force individuals to choose between the most sacrosanct part of their religious beliefs and imprisonment is what the Bill of Rights was entirely meant to avoid, as the New York courts wisely held almost two centuries ago,” concluded the canon lawyer.

California’s proposed legislation is not the first attempt to force priests to violate the sacramental seal. In the Australian state of Tasmania, legislation was introduced in October 2018 that would impose 21 years in prison for priests who refuse to disclose child abuse allegations they hear in confession.