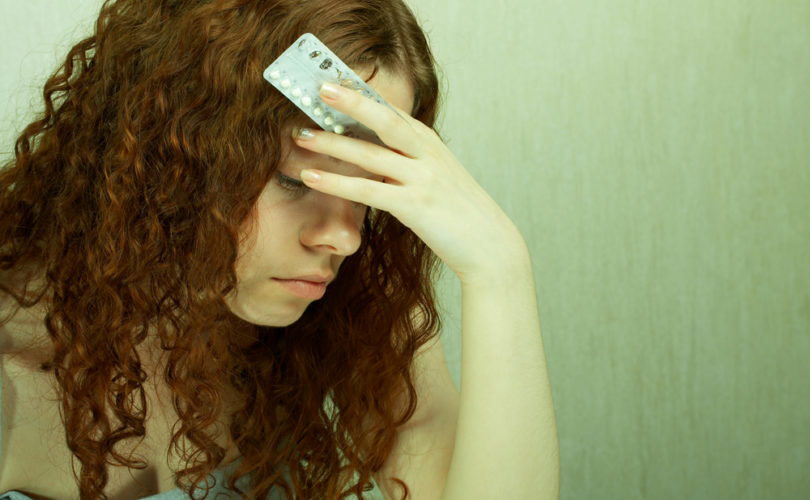 In a written letter sent Dec. 19, the California Board of Registered Nursing notified Heartbeat International that it can now grant continuing education units (CEUs) to nurses who study a life-saving process known as Abortion Pill Reversal.

That’s good news for future mothers who change their mind after taking the first pill in a two-step chemical abortion regimen known as mifepristone (RU-486) or “the abortion pill.” In the past five years, more than 400 mothers have successfully rescued their babies through an emergency progesterone treatment that has been used for more than 50 years to prevent miscarriages.

Backed by a network of more than 350 medical providers, the Abortion Pill Reversal hotline (1-877-558-0333)—staffed with licensed medical professionals—answers over 50 calls per month from women who want to keep their baby after having started the chemical abortion pill process.

In its letter to Heartbeat, the California Board of Registered Nursing acknowledged that Abortion Pill Reversal is relevant to the practice of nursing and, therefore, eligible for CEU credit.

One mother who rescued her baby via Abortion Pill Reversal in 2013, Rebekah Buell, said she had to travel nearly two hours from her Sacramento-area home to visit a doctor who could help her.

“Because of that physician and the progesterone he prescribed, my son, Zechariah, survived the abortion pill, and he is now a healthy and thriving 4-year-old who I cannot imagine life without,” Buell said. “When nurses are unable to be trained in the Abortion Pill Reversal protocol, patients in need—like my and my baby—suffer. That’s what makes this decision so important.”

It’s actually the third time the Board has approved the same coursework for CEUs through Heartbeat, which first received approval as a CEU provider in 2012 and began offering credit for education on Abortion Pill Reversal online and at its annual conference shortly thereafter.

Following a 17-month audit, the Board confirmed Heartbeat’s ability to offer CEU credit for the coursework in a letter sent July 28, 2017, but then reversed its own decision with a letter sent Sept. 5, revoking CEU credit.

The latest decision allows Heartbeat to immediately resume offering CEU credit for an online course and for a workshop at its 2018 conference entitled, “The Latest on Abortion Pill Reversal,” taught by Dr. George Delgado—one of two physicians who pioneered the treatment starting in 2007.

Heartbeat president Jor-El Godsey, who had called the Board’s decision in September a “naked political attack,” said he was impressed that the Board has now placed nursing standards above political pressure.

“Whatever a person’s stance on abortion, knowledge of this critical protocol is too important to withhold from nurses,” Godsey said. “We're glad that the Board of Nursing acted in the best interest of their noble and caring profession today.”

Along with submitting an immediate appeal in September, Heartbeat placed a public records request that revealed high levels of coordination and influence from prominent abortion lobbyists, including NARAL Pro-Choice America and Rewire News.

As previously reported at PregnancyHelpNews.com, an activist with Rewire, Nicole Knight, teamed up with California State Sen. Jerry Hill (D-San Mateo) to pressure the Board into auditing Heartbeat starting in late 2015.

According to emails obtained through Heartbeat’s public records request, Knight and representatives from both NARAL and avowedly pro-abortion UC San Francisco insisted that Board officials take action against Heartbeat and its fellow pro-life pregnancy help groups, Care Net and National Institute of Family and Life Advocates (NIFLA).

Meanwhile, Hill authored legislation to try and disqualify all courses on Abortion Pill Reversal from receiving course credit. Mandating that all courses rely solely upon undefined “generally accepted scientific principles,” the law went into effect in 2016, but ultimately failed to disqualify the training.

After the Board notified Heartbeat that it had approved the course this July, Knight reached out to the Board on August 14 to verify that it had in fact issued the letter, prompting one high-ranking official to warn fellow administrators, “This issue has the potential to go viral.”

That same day, Spencer Walker, an attorney with the state’s Department of Consumer Affairs—which oversees the Board of Nursing—sent Morris a memo cautioning the Board from taking any further action against Heartbeat.

Despite Walker’s warning, less than a month later—and three days before Heartbeat received the letter—Rewire published a report on the Board’s notice preventing Heartbeat from offering CEUs for any coursework related to Abortion Pill Reversal.

Heartbeat has been a California-approved CEU provider since 2012, opting to go through California because the state’s CEUs are generally accepted throughout the U.S. In the past three years, Heartbeat has issued nursing CEUs to well over 400 nurses.

Why the Fuss Over Abortion Pill Reversal?

Since two doctors—Delgado in California and Matthew Harrison in North Carolina—began implementing the Abortion Pill Reversal protocol in 2007, abortion advocates have almost uniformly denounced and attempted to discredit the effort.

While deriding the protocol as “junk science,” prominent abortion supporters such as UC San Francisco’s Daniel Grossman routinely argue that only a small number of women who are resorting to a chemical abortion will regret their decision and try to stop the procedure mid-process.

Writing at The Guardian this August, Grossman and a co-author oscillated between both arguments before landing on their central claim—and revealing the underlying reason abortion advocates feel bound to oppose Abortion Pill Reversal:

A recent study led by researchers at the University of California at San Francisco found that women seeking abortion had high levels of certainty around their decision as measured by a scale that has been used in other healthcare settings. In fact, patients seeking abortion were more certain than those making decisions about reconstructive knee surgery or prostate cancer treatment… At the core of “abortion reversal” is a desire to undermine the high level of decision certainty among people seeking the service.

That “certainty” is not true of all women—a fact that 400-plus mothers have both experienced firsthand.

In fact, contrary to the ideologically opposed contingent represented by Grossman, NARAL and Rewire, some doctors who support abortion acknowledge that Abortion Pill Reversal is built upon a sound scientific foundation, even though the research is still in its infancy, with only one peer-reviewed report published in 2012.

Speaking with The New York Times this July, for instance, Yale School of Medicine’s Dr. Harvey Kliman said the protocol, “makes biological sense,” and went as far as to say he would recommend the treatment to his own daughter.

Countering Grossman’s assertion that too few women regret—or are even unsure—their decision to abort, one abortion practitioner in California, Christine Henneburg, recently called such claims a “cop-out” in an op-ed published by The San Francisco Chronicle.

Henneburg wrote that she and other abortionists, “hear all kinds of reasons from patients seeking abortion ‘reversal.’” Incredibly, rather than going on to argue that a woman’s choice to stop her abortion should be celebrated, Henneburg instead suggests that her industry, “move away from the language of ‘choice’ and toward a language of ‘trust.’”

With word spreading about Abortion Pill Reversal in many of the nation’s top media sources—including The New York Times and The San Francisco Chronicle (a LexisNexis search Monday pulled well over half a million references in the past nine months)—it’s becoming impossible for even the most ardent abortion supporters to justify keeping medical professionals in the dark about the protocol.

Delgado, who co-authored the 2012 report in Annals of Pharmacotherapy, is expected to publish further research in 2018.

“This decision allows us to continue to spread the word that it is possible to reverse the abortion pill,” Delgado said. “It also supports our endeavor to further equip the pro-life medical community to serve as agents of hope to our hotline callers desperately seeking a second chance at life for their unborn.

“The ‘second choice’ we offer women who change their minds after taking mifepristone not only gives their unborn babies a fighting chance, it also provides an avenue for emotional and spiritual healing. We are grateful to Heartbeat International for their tireless efforts to make Abortion Pill Reversal accessible to pro-life advocates and to the women they serve who may benefit from this life-saving treatment.”