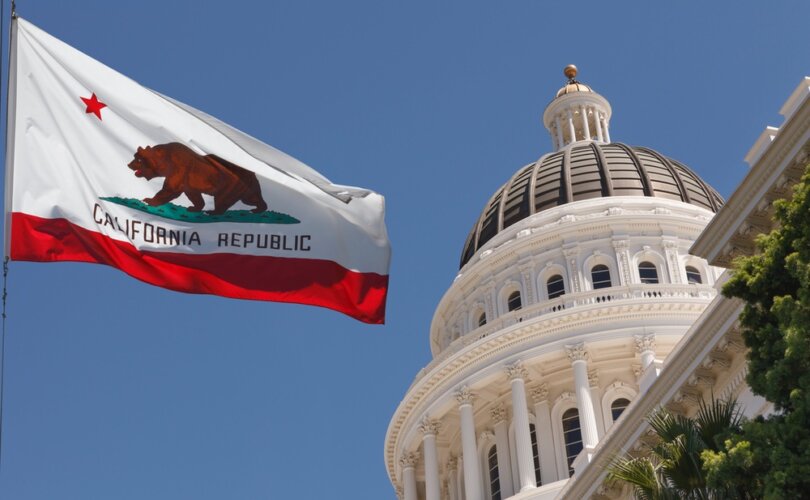 SACRAMENTO, California (LifeSiteNews) — Long recognized as a stronghold for far-left policies, California in the aftermath of the 2022 midterm elections appears to have become one of the most dangerous places for unborn babies, gender-confused minors, and Christian medical professionals.

California’s Proposition 1, titled the Constitutional Right to Reproductive Freedom amendment, is projected to formally enshrine the “right” to abortion-on-demand into the Golden State’s constitution as vote-counting winds up after Election Day.

The measure is part of a series of actions taken by California lawmakers to make the state a “sanctuary” for abortion after the rollback of the federal “right to abortion” by the U.S. Supreme Court earlier this year.

On Wednesday, with 41% of the votes counted, a broad majority of California voters (65%) are reported to have cast their ballots in favor of the amendment.

UPDATE: California Proposition 1, which will amend California’s constitution to say that the state would not be allowed to interfere with or deny a person’s right to abortion or contraceptives, is projected to pass, ABC News projects. https://t.co/rlQgqqnXG0 pic.twitter.com/BmbuNX7oNz

RELATED: Left-wing states vote for ‘right’ to abortion in midterm defeat for pro-lifers

The radical amendment will provide constitutional protections for unlimited abortion access by declaring that “[t]he state shall not deny or interfere with an individual’s reproductive freedom in their most intimate decisions, which includes their fundamental right to choose to have an abortion and their fundamental right to choose or refuse contraceptives,” regardless of an unborn child’s stage of development.

Pro-lifers have blasted Proposition 1 as “extreme” and an “egregious expansion of abortion” in a state that already allows abortion up to birth if deemed necessary to protect the life or health of the mother.

“Extremely sad day to be a Californian,” Live Action founder and president Lila Rose said Wednesday on Twitter. “Killing children on demand, through all nine months of pregnancy, enshrined into law. May God have mercy on our state.”

Extremely sad day to be a Californian. Killing children on demand, through all nine months of pregnancy, enshrined into law. May God have mercy on our state.

Meanwhile, some say the constitutional protection of unlimited abortion won’t be the only effect of Proposition 1.

According to an analysis by conservative legal advocacy group Alliance Defending Freedom (ADF), the vague wording of California’s radical ballot proposal “could also allow men to avoid child support payments, force the state to procure women to be surrogate mothers, and allow children to remove healthy reproductive organs without parental knowledge or consent.”

Moreover, judicial interpretations of the vague amendment could undermine the “conscience rights of doctors and nurses to not participate in ending a human life,” as well as the rights of parents to “raise and educate children.”

The ADF also flagged potential threats to the “rights of association for hospitals and care centers to hire mission-oriented employees, the free speech right to advocate for life-affirming care, and the fundamental right to life of every human being.”

“California Democrats have shown once again that they value abortion and the abortion industry over the safety and comfort of Californians,” California Right to Life director of outreach Mary Rose Short told LifeSiteNews in a Wednesday email.

“Proposition 1 does not expand a woman’s right to abortion — that was already unfettered in California — but it does give the abortion, surrogacy, IVF, and transgender industries the right to operate without restrictions,” she said.

“California laws passed this year require that abortions are absolutely free of cost to abortion patients while doing nothing for a woman who wishes to deliver her child alive,” she continued. “California prioritizes the delivery of a dead child over a live one.”