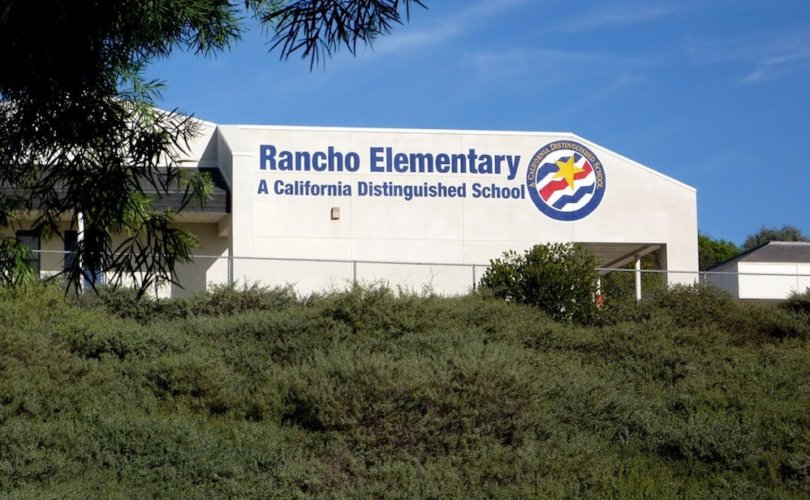 As part of the new LGBT-friendly social studies curriculum, which was mandated by legislation five years ago and then delayed by court action and petitions, pupils in Grade 2 will learn about “family diversity.” By Grade 4, students will be taught California’s role in the homosexual rights movement and in high school they will be presented with stories of people who broke the gender stereotypes of the 18th, 19th and 20th centuries. The course of study is mandated for public schools only.

State Superintendent of Public Instruction Tom Torlakson told the Los Angeles Times, “The new curriculum … will give our students access to the latest historical research and help them learn about the diversity of our state and the contributions of people and groups who may not have received the appropriate recognition in the past.”

The curriculum’s approach matches what British historian Herbert Butterfield termed “the Whig interpretation of history” which, as defined by Wikipedia, views the past as “an inevitable progression towards a more liberal, enlightened, scientific and democratic society.” Historical figures are depicted either as heroes who moved humankind forward or villains who obstructed it.

Allyson Chiu, who will be a high school senior in September, told one reporter, “My classmates can solve quadratic equations or cite the elements on the periodic table. They can't tell you who Harvey Milk was or the significance of the Stonewall Riots”— a reference to a California homosexual politician murdered in 1978 and a violent protest staged by homosexuals against New York City vice squad raids on the bathhouses they used for anonymous sex.

Jessica Grant of Our Family Alliance lauded the new curriculum. Her twin children “were at my wedding — to my wife — but they have no idea who fought for that or how we got to this point.”

Homosexuals appear in California’s curriculum both as heroes and victims alongside other groups such as blacks, Asians and women who struggled for better treatment.

Throughout primary and secondary school, students are guided to think of the movement toward equal rights as the essential theme of American history “from farmers in Jefferson’s agrarian nation to suffragists [sic] at the turn of the century to civil rights activists putting their lives on the line to end Jim Crow … to Americans seeking to bring marriage equality to same-sex couples in the 21st century.”

In Grade 4, the history of homosexual advocacy in California is described in terms of fighting for the “right to teach” and then the “right to get married.” History climaxes for this story, as for many in the Whig narrative, with an act of government or the judiciary.

Thus, the inhumane aspects of the British industrial revolution provoke government intervention, according to the curriculum, but the popular outcry of Evangelical Christians to dehumanizing working conditions that provoked the legislation goes unmentioned.

The attention paid to minority groups, especially homosexuals, contrasts with the handling of religion. Thus, both the contributions to the American effort in the Second World War by homosexuals are described alongside those of Mexican Americans, Filipinos, women, and Blacks, while the involvement of Christian leaders in the Civil Rights movement is referred to briefly.

Jesus Christ and religion are dealt with in Grade Seven without mentioning his claim to divinity, leading pupils to discover outside the classroom why Christianity broke with Judaism, or what was the source of its appeal.