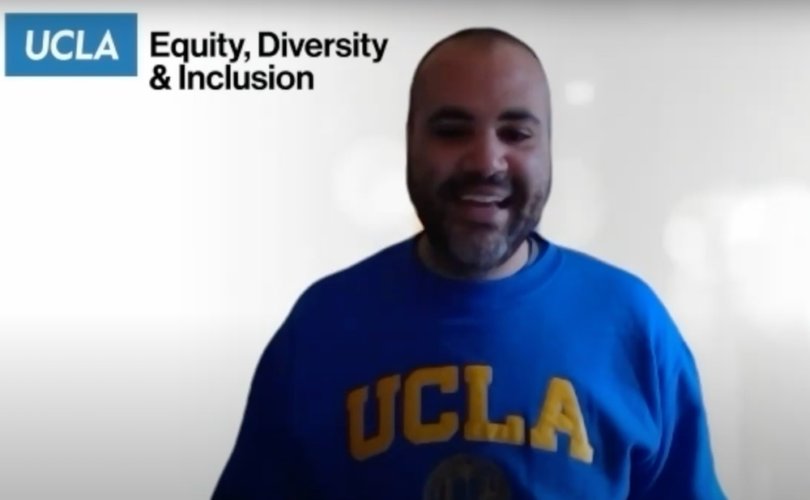 LOS ANGELES (LifeSiteNews) — A race and equity professional at a major California college made headlines late last month when he publicly expressed his wish that U.S. Supreme Court Justice Clarence Thomas, the black pro-life conservative justice who was recently hospitalized after experiencing flu-like symptoms, would die.

“No one wants to openly admit [we all] hope Clarence Thomas dies,” wrote ​​Jonathan Perkins, a Race and Equity Director at the University of California, Los Angeles in a series of tweets posted in the early morning of March 25.

Perkins posted the tweets roughly a week after Justice Thomas was admitted to the Sibley Memorial Hospital in Washington, D.C. on March 18.

No one wants to openly admit [we all] hope Clarence Thomas dies. Whatever you need to tell yourselves. This whole rule we’re not to wish ill on people is silly. Uncle Thomas is a sexist token who’s committed himself to making us all share in he and his treasonous wife’s misery.

“Whatever you need to tell yourselves. This whole rule we’re not to wish ill on people is silly,” added Perkins, whose job duties include “design[ing], develop[ing], implement[ing], and lead[ing] on a University-wide Racial Justice strategic plan,” along with crafting and producing a “free Dismantling Racism: Resources and Best Practices online toolkit and implicit bias YouTube series,” and curating public resources for “Preventing Anti-Black and Anti-Asian Discrimination,” according to his LinkedIn profile.

“Uncle Thomas is a sexist token who’s committed himself to making us all share in he and his [sic] treasonous wife’s misery,” Perkins said of Thomas and his wife.

Fox News pointed out that the pejorative “‘Uncle Thomas’ refers to ‘Uncle Tom,’ which is a derogatory remark leveled at Black people who are considered to be overly subservient to White people or deemed ‘traitors to their race.’ The term derives from the 1852 novel “Uncle Tom’s Cabin” in which the titular character is regarded as being loyal to his slave masters.”

Perkins doubled down on his remarks in the Twitter thread, adding, “I’m over it. He is bad. He’s LITERALLY endangered [the] lives of countless of this country’s vulnerable populations.”

The race and equity professional went on to speculate about the underlying reasons of 73-year-old Justice Thomas’ hospitalization, adding, “Y’all really think he just so happened to SECRETLY be admitted to the hospital for an unidentified ailment the exact day the January 6th Committee released/leaked information implicating him and his wife?”

ALSO THIS IS MOOT BECAUSE HE WASN’T ACTUALLY SICK

Y’all really think he just so happened to SECRETLY be admitted to the hospital for an unidentified ailment the exact day the January 6th Committee released/leaked information implicating him and his wife? Grow up, Peter Pan. Smh.

Amid Thomas’ hospitalization, left-wing politicians and media pundits have called for the conservative justice to resign from his role in response to recently-reviewed text messages sent by his wife, Ginni Thomas to then-White House Chief of Staff Mark Meadows, regarding the 2020 election and the January 6 Capitol riot. Ginni had reportedly called on Meadows to overturn the results of the election over fraud concerns.

“Thomas can choke as far as I’m concerned,” Perkins added. “He hurts the people I love.”

Perkins then decried the “death threats” he allegedly received after he expressed his wish that the conservative Supreme Court justice would die.

Anna Spain Bradley, vice chancellor for Equity, Diversity and Inclusion at UCLA, told Townhall in a statement that Perkins’ comment expressing hope that Justice Thomas dies “does not reflect my or UCLA EDI’s views.”

Hours after Perkins’ tweets, Justice Thomas was discharged from the hospital in the late morning on March 25.