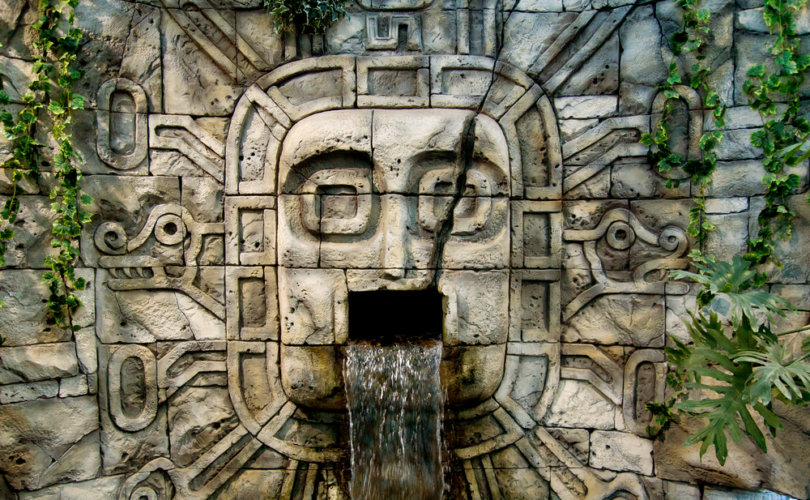 (LifeSiteNews) — Following a lawsuit by concerned parents, the state of California has agreed to remove a chant to the Aztec god of human sacrifice from its statewide Ethnic Studies Model Curriculum (ESMC).

“The Aztec prayers at issue — which seek blessings from and the intercession of these demonic forces — were not being taught as poetry or history,” noted attorney Paul M. Jonna, partner at LiMandri & Jonna LLP and Special Counsel to the Thomas More Society, who represented the parents.

“Rather, the ESMC instructed students to chant the prayers for emotional nourishment after a ‘lesson that may be emotionally taxing or even when student engagement may appear to be low.’ The idea was to use them as prayer,” explained Jonna in a Twitter thread.

“The Aztecs regularly performed gruesome and horrific acts for the sole purpose of pacifying and appeasing the very beings that the prayers from the curriculum invoke,” said Jonna when he initiated the complaint in September.  He continued:

The human sacrifice, cutting out of human hearts, flaying of victims and wearing their skin, are a matter of historical record, along with sacrifices of war prisoners, and other repulsive acts and ceremonies the Aztecs conducted to honor their deities. Any form of prayer and glorification of these bloodthirsty beings in whose name horrible atrocities were performed is repulsive to any reasonably informed observer.

The controversial curriculum, deeply rooted in Critical Race Theory and critical pedagogy, relies on viewing culture with a race-based lens and an oppressor-victim dichotomy, according to a press release from the Thomas More Society.

Education activist Christopher Rufo — a Senior Fellow at the Manhattan Institute who has been leading the charge against the teaching of critical race theory in public schools — wrote last year:

The chants have a clear implication: the displacement of the Christian god, which is said to be an extension of white supremacist oppression, and the restoration of the indigenous gods to their rightful place in the social justice cosmology. It is, in a philosophical sense, a revenge of the gods.

Rufo said the purpose of the new curriculum was to “transform California schools into factories for left-wing political activism.

“They have recast the United States as an oppressor nation that must be deconstructed and subverted through politics,” continued Rufo.  “The curriculum’s vision statement makes this aim explicit: it presents education not as a means of achieving competency, but as a ‘tool for transformation, social, economic, and political change, and liberation.’”

“The religious element of the ethnic studies curriculum, with direct appeals to Aztec gods, is almost certainly a violation of the First Amendment’s Establishment Clause,” wrote Rufo at the time.  “Public schools are prohibited from leading state-sanctioned Christian prayers; they would presumably be similarly prohibited from leading state-sanctioned chants to the Aztec god of human sacrifice.”

“We are encouraged by this important, hard-fought victory,” announced Frank Xu, President of Californians for Equal Rights Foundation, who joined parents in the lawsuit. “Our state has simply gone too far in attempts to promote fringe ideologies and racial grievance policies, even those that disregard established constitutional principles.”

“Today is a day of relief,” declare Jose Velazquez, one of the parents who filed suit against the state. “To know it took a multi-racial coalition of individuals with different backgrounds and beliefs to move a mountain to challenge the state education apparatus … Both the ‘In Lak Ech’ and the ‘Ashe’ affirmations repetitively invoke religious gods or deities, which should be deleted from any public education curricula because our education system is not above the law. It is up to courageous parents, citizens and organizations to stand up for what’s right.”

In addition to agreeing to permanently remove the Aztec prayer chant from the state curriculum, California agreed to pay $100,000 towards St. Thomas More Society attorneys’ fees.