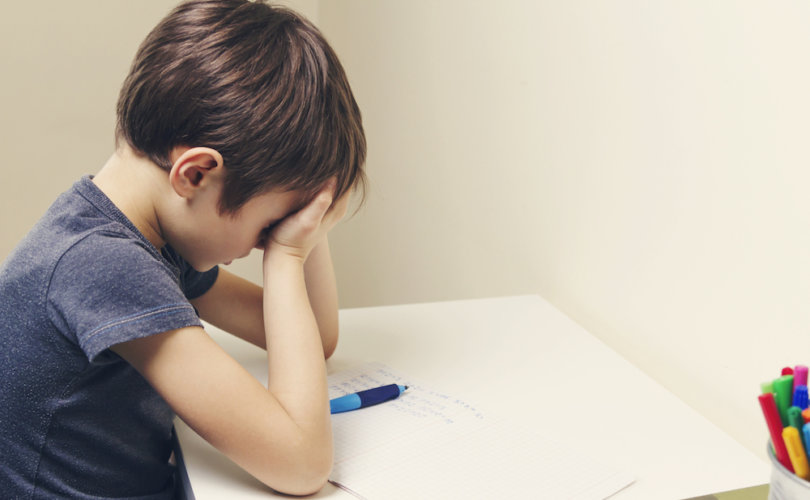 SALINAS, California (LifeSiteNews) — Members of California’s largest teacher’s union discussed how they “stalked” children to get them to join LGBT clubs and mocked parents who complained about pro-LGBT content in their classrooms, according to leaked files obtained by author Abigail Shrier.

Shrier reported that speakers at a conference of the California Teachers Association (CTA) last month “went so far as to tout their surveillance of students’ Google searches, internet activity, and hallway conversations in order to target sixth graders for personal invitations to LGBTQ clubs, while actively concealing these clubs’ membership rolls from participants’ parents.”

She said three participants sent her files from the CTA’s “2021 LGBTQ+ Issues Conference, Beyond the Binary: Identity & Imagining Possibilities.”

One middle school teacher, Kelly Baraki, reportedly said during a seminar titled “Queering in the Middle” that she “stalked” students’ online activity and monitored their conversations before inviting them to her “Gay-Straight Alliance” (GSA) group.

“When we were doing our virtual learning — we totally stalked what they were doing on Google, when they weren’t doing school work,” Baraki said. “One of them was googling ‘Trans Day of Visibility.’ And we’re like ‘check.’ We’re going to invite that kid when we get back on campus.”

“Whenever they follow the Google Doodle links or whatever, right, we make note of those kids and the things that they bring up with each other in chats or email or whatever.”

Another teacher, Lori Caldeira, who works with Baraki at Buena Vista Middle School, told participants that not keeping a record of children who attended her pro-LGBT group helped deflect questions from parents.

Calderia, an LGBT club adviser for the Spreckels Union School District, explained in a podcast last year that her group “deal[s] a lot with sexual orientation and gender identity.”

Calderia’s name was notably included in a 2018 letter signed by “parents of transgender children” who criticized the Trump administration’s pro-family policies.

“The advice to those who run middle school LGBTQ clubs is: keep no records, so you can plead ignorance of the membership with the members’ parents,” Shrier said. “In fact … Baraki can be heard in the same session describing having named her club ‘the Equity Club,’ and then, ‘You be You,’ rather than the more ubiquitous ‘GSA.’”

‘A little mind-trick on our sixth-graders’

In another workshop, “How we run a ‘GSA’ in Conservative Communities,” Caldeira noted that she and Baraki became motivated to pursue “LGBTQ kids” because they “miss[ed] them.”

“We have LGBTQ kids who come to us, and they come and spend a year with us,” Caldeira said. But then, they “go hang with their friends at lunch.”

“And they do their things. And we love them for that, but we miss them when they don’t join us. So we saw our membership numbers start to decline,” she continued.

At another point, Baraki mocked parents who objected to an “anti-bullying” presentation that discussed homosexuality. One parent complained, saying that she “had not intended to have a conversation with her middle schooler about sexual orientation and gender identity, but the school presentation forced her hand,” according to Shrier.

“I know, so sad, right? Sorry for you, you had to do something hard!” Baraki said. “Honestly, your twelve-year-old probably knew all that, right?”

“CTA has made it very clear that they are devoted to human rights and equity. They provide us with these sources, these resources and tools.”

In response to parental backlash, Baraki proposed doing “a little mind-trick on our sixth-graders” next year: “They were last to go through this presentation and the gender stuff was the last thing we talked about. So next year, they’ll be going first with this presentation and the gender stuff will be the first thing they are about. Hopefully to mitigate, you know, these kind of responses, right?”

In response to Shrier’s report, the Spreckels Union School District sent an email to parents condemning Baraki and Caldeira’s comments as “alarming, concerning, [and] disappointing.”

UPDATE from the School District re: Yesterday's Bombshell About Activist Teachers

“Many of the comments and themes stated in the article are alarming, concerning, disappointing, and do not in any way reflect the District or Board of Education’s policies and practices,” district officials said.

The response noted that the district has suspended the LGBT club “You be You,” in addition to other “immediate steps to address several of the concerns raised in the article”:

Regarding Baraki and Caldeira, the email also revealed that “appropriate personnel steps are being taken to make sure such activities and comments will not be repeated.”