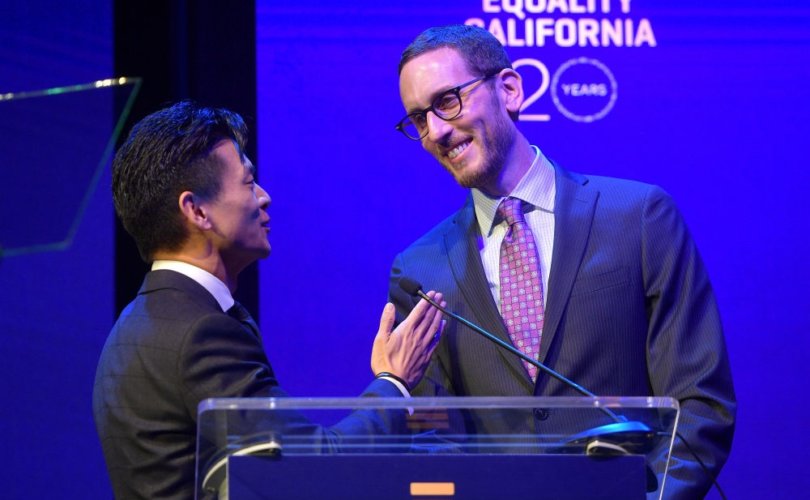 SACRAMENTO, California (LifeSiteNews) — A California bill to let children be injected with COVID-19 vaccines without parental consent was scrapped last week after it failed to generate sufficient support. The bill’s author blamed a “small but highly vocal and organized minority of anti-vaxxers” for crushing the legislation.

SB 866, authored by California Democratic State Sen. Scott Wiener, would have allowed children ages 15 and up to get any vaccine approved by the U.S. Food and Drug Administration (FDA) and U.S. Centers for Disease Control and Prevention (CDC), even without parental knowledge or approval. An earlier version of the measure had put the age limit at 12, but the limit was amended in an unsuccessful effort to draw more support, Fox News reported.

If the legislation had passed, California children would have been able to receive the experimental mRNA COVID-19 jabs even if their parents objected. The FDA and CDC have both approved the Pfizer and Moderna jabs for children and babies ages six months and up.

California bill to allow minors to be vaccinated without parental consent is withdrawn https://t.co/dAawrDH5GZ

A coalition of groups dedicated to pushing back against coercive vaccine mandates slammed the bill as a “blatant, dangerous trampling of California parents’ and guardians’ ability to protect and care for their children.”

In a statement on his website, Sen. Wiener argued the legislation would build “on existing law, which currently allows minors 12 and over to make choices about their bodies around reproductive healthcare.”

Wiener noted that under current California law, children ages 12 and up may already receive the HPV and hepatitis B vaccines without parental approval, and can also obtain birth control and kill their unborn babies without notifying their parents.

According to the California senator, SB 866 would have expanded “the autonomy young people over 12 already have over their sexual health” and “receive additional life-saving vaccines if they choose.”

However, the bill failed to garner sufficient support even to come before the State Assembly for a vote.

Sen. Wiener announced Wednesday that the proposal would be shelved, accusing a “small but highly vocal and organized minority of anti-vaxxers” of derailing his effort to circumvent parental approval for vaccines.

“The anti-vaxxers may have prevailed in this particular fight, but the broader fight for science and health continues,” he said in a statement, arguing that the bill’s opponents engaged in “months of harassment and misinformation” before the measure was ultimately tossed out.

California Republican lawmaker and U.S. House candidate Kevin Kiley hailed the defeat of the bill in a Wednesday tweet.

“We won,” he wrote. “The bill to let minors get vaccinated without parental consent is officially dead.”

We won. The bill to let minors get vaccinated without parental consent is officially dead.

Meanwhile, this isn’t the first time Sen. Wiener has used his legislative position to push for radical agenda items at odds with the values of many voters.

A prominent homosexual lawmaker from San Francisco, Wiener previously advanced legislation to cut back penalties for child abusers, and in 2020 sponsored a bill requiring California to house men who identify as women in women’s prisons. Both measures were signed into law by California Democratic Gov. Gavin Newsom.

The San Francisco lawmaker made the comment in response to Texas Rep. Bryan Slaton, who had argued the “drag the kids to pride” event was “horrifying” and indicated “a disturbing trend in which perverted adults are obsessed with sexualizing young children.”

After Slaton called for a law to ban drag shows in the presence of minors in the Lone Star State, Wiener responded, “This guy just gave me a bill idea: Offering Drag Queen 101 as part of the K-12 curriculum. Attending Drag Queen Story Time will satisfy the requirement.”