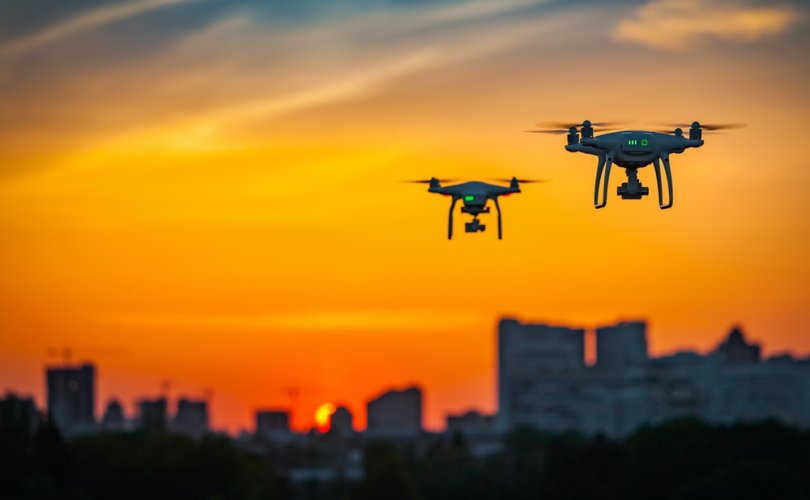 March 25, 2020, 5:09 p.m. EST: “The Department of Homeland Security has been briefed that New York City’s morgues are nearing capacity, according to a department official and a second person familiar with the situation,” Politico reported today. Some of New York City’s parks and playgrounds may be closed soon.

Governor Steve Sisolak of Nevada signed an emergency measure severely limiting the availability of chloroquine and hydroxychloroquine, two drugs that have been effective at treating COVID-19. Doctors can no longer prescribe and dispense the drugs to patients with the coronavirus – only to patients with conditions the drugs are approved to treat (malaria, lupus, arthritis) – and prescriptions can only be for a 30-day supply. However, doctors may prescribe the drugs to hospitalized coronavirus patients.

is suffering w flu-like symptoms & is home 4 now. Please pray that he is able to stay home & out of the hospital.

This man has helped so many pple & sacrificed his life for his family, friends &strangers, including Alfie Evans and Charlie Gard. ❤ pic.twitter.com/PYE4HGjrJA

Louisiana Governor John Bel Edwards, a rare pro-life Democrat who is also sympathetic to the LGBT cause, tweeted Monday that he would be fasting on Tuesday. Louisiana residents are under a “stay at home” order.

In this Lenten season where we focus on fasting and prayer, I wanted to let the people of Louisiana know that I will be fasting tomorrow, Tuesday, March 24. #lagov #lalege

A research group scraped data from the Instagram profiles of over 500,000 people in Italy and found that over 33,000 people violated quarantine orders. The company “has offered its research to the Italian government.”

In Spain, soldiers have discovered the elderly “completely abandoned” at nursing homes. Some were “dead in their beds.”

In the U.S., concerns about the health care rationing – and discrimination the elderly and disabled could face under such rationing – continue to swirl.

Tanzanian President John Magufuli bucked the trend of world leaders urging or forcing churches to shut down during this crisis.

“I insist upon you my fellow Christians and even [Muslims], do not be afraid, do not stop gathering yourself to glorify God and praise Him,” he said. “That is why as a government we didn’t close down churches or mosques.”

More American cities, like Philadelphia, are ordering residents be confined to their houses. The governor of Idaho today announced a “stay-at-home” order.

A video of a priest blessing Rochester, New York and some of its suburbs by dropping holy water from a plane can be viewed here.

Other LifeSiteNews articles on the coronavirus crisis today include:

March 25, 2020, 10:13 a.m. EST: Vatican offices remain open although with a reduction in staff present in the facilities. Pope Francis is continuing private, but not public, audiences. Four people – a visiting priest, two employees of the Vatican Museum, and a worker involved in processing freight – are quarantined with the coronavirus.

The Vatican has halted production of the print version of its daily newspaper L’Osservatore Romano out of fear of coronavirus contagion, moving to an online-only format.

The Vatican newspaper made its announcement through a front-page letter from Andrea Monda, who was named the director of L’Osservatore Romano in December 2018.

As the Italian daily Il Messaggero observed, the coronavirus has accomplished what two world wars could not, since L’Osservatore Romano never missed a single day of production during the entire twentieth century, despite attempts by Nazi propaganda minister Joseph Goebbels to persuade the Mussolini government to shut down L’Osservatore Romano in 1938 after the pope’s newspaper came out with a scathing article criticizing the Reich’s Manifesto of Race.

“A small virus from China, the COVID-19, has brought the pope’s glorious newspaper to its knees,” Il Messaggero noted, and the March 25 issue, on the Catholic feast of the Annunciation, will be the last hardcopy issue until further notice.

“In the long history of the Vatican newspaper — which dates back to 1861 and therefore has more than a century and a half of life — only once was the newspaper not printed,” said Mr. Monda. “That was on September 20, 1870, immediately after the breach of Porta Pia and the capture of Rome, with the end of the Pontifical State and the temporal power of the Pope.”

40 Days for Life vigils have been suspended, although many abortion facilities remain open.

Click here to read about and see photos of a “parking lot” Traditional Latin Mass on Sunday.

March 24, 2020, 8:25 p.m. EST: Pro-abortion New York Governor Andrew Cuomo, who last year signed into law a bill expanding abortion up to the moment of birth in the Empire State, has tweeted in the context of the coronavirus, “We will not put a dollar figure on human life.”

We will not put a dollar figure on human life.

We can have a public health strategy that is consistent with an economic one.

No one should be talking about social darwinism for the sake of the stock market.

Paul Smeaton has written an important article about why we must pray the rosary during this pandemic – and how LifeSite readers can join us for a daily rosary on our social networking app for pro-lifers.

Singing songs in Italian and Polish, a priest carried the Blessed Sacrament through his town in Italy. A video and photos are available here.

Meanwhile, Pope Francis has said that he believes that the coronavirus pandemic is nature “having a fit” in response to environmental pollution.

The U.K. government has reversed course after saying it would allow women to take both abortion pills at home during the coronavirus outbreak. The statement announcing that was “published in error” on a government website, a spokesperson said.

The bishops of Portugal are re-consecrating their country to the Immaculate Heart of Mary to fight the coronavirus.

The John-Henry Westen Show today features Father Maximilian Mary Dean, a cloistered hermit. He talks about ways to thrive while stuck at home during this crisis and says that mankind is being punished with the coronavirus for its many sins and that large-scale suffering is “always linked to our sins.”

March 24, 2020, 12:58 p.m.: Former president and CEO of EWTN Dan Burke has the coronavirus and is in intensive care at a hospital, he announced on Facebook.

March 24, 2020 (LifeSiteNews) – Virginia and West Virginia are the latest American states to implement draconian measures restricting freedom of movement and assembly because of the coronavirus.

Beginning at 11:59 p.m. tonight, in Virginia, public or private gatherings of more than 10 people are banned. Businesses like hair salons, gyms, and theaters will be closed. Businesses like grocery stores, liquor stores, doctor offices, home improvement stores, and pet stores will remain open. This allegedly will last through April 23, 2020.

West Virginia Governor Jim Justice has ordered his constituents to remain at home. They may still go to the store, walk their dogs, and go to the doctor. The full order can be viewed here.

The Washington Examiner reports on the increasing use of drones to monitor and communicate with citizens:

A California police department is planning on using drones equipped with cameras and loudspeakers to monitor a coronavirus shutdown.

Drones are starting to play a larger role in society and crime. U.S. Border Patrol agents are having issues with smugglers using drones to watch them as they work along the southern border. The drones are also used to move small quantities of drugs across the border.

At the peak of China’s coronavirus outbreak, the country used talking drones to force citizens in certain areas to wear face masks.

“Where is your mask? Wear your mask!” operators of the drones shouted at passersby in Chinese.

In Belgium, which has more than 3,700 cases of the coronavirus, authorities have begun using drones to warn citizens about a lockdown that was put in place. Drones could be seen hovering overhead and reading off medical guidelines to people below.

“Take care of yourself and others,” a woman's voice blares.