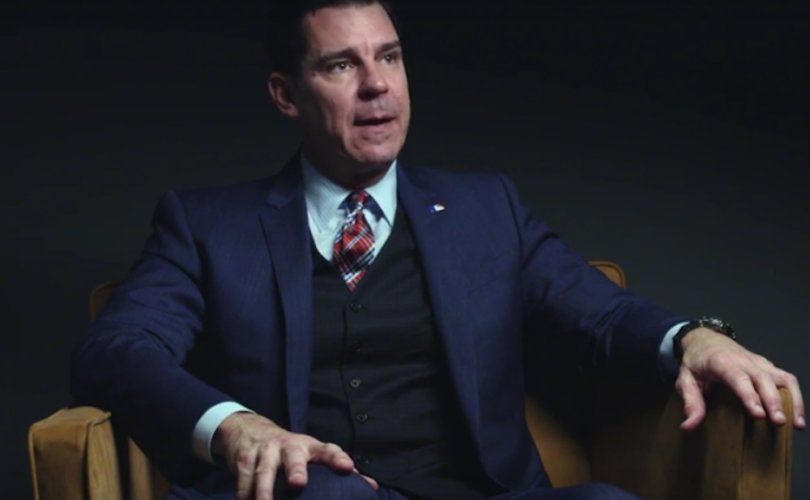 LOS ANGELES, California, July 27, 2016 (LifeSiteNews) — In a prominent video on its website’s homepage, a Catholic university is promoting an alumnus who left his wife to pursue same-sex relationships and homosexual activism.

Loyola Marymount University (LMU), which only recently reinstated an employee who faced a “hate crime” investigation for her Catholic, pro-family views on human sexuality, is celebrating its former student and openly gay professional baseball player Billy Bean with a video touting his LGBT activism.

The video, titled “Billy Bean’s Path to MLB Ambassador for Inclusion,” details Bean’s journey from LMU star baseball player to Major League Baseball (MLB) player to LGBT activist. Bean now is the MLB’s “Ambassador for Inclusion,” a role designed to provide “guidance and training related to efforts to support those in the lesbian, gay, bisexual and transgender (LGBT) community throughout Major League Baseball” and develop “educational training initiatives against sexism, homophobia and prejudice,” according to MLB.

“I chose to live in complete darkness” by not disclosing my homosexual feelings, Bean says in the video, “and when my partner died, I had nobody to talk to and it was a very unhealthy way to try to live [my] life and then go to the ballpark and play against the greatest baseball players in the world.”

Before coming out, Bean was briefly married to a woman.

“If there had been a person like me that I could see when I was a player, I would not have stopped playing in the peak of my ability and I would have definitely talked to my family,” Bean said. “A lot of people don’t know only two players in the 147-year history of Major League Baseball have ever disclosed that they were gay. In 150 years. It’s almost 20,000 players. So something good came out of something terrible for me, but that was the moment that my whole life changed.”

Bean cited the heartbreak he experienced at the death of a fellow LMU alum as his inspiration for coming out and later expressed his gladness that the school has only reacted positively to his LGBT activism.

Bean “epitomizes what LMU’s hopes are for each and every student,” Bill Husak, the LMU director of athletics, says in the video. He exemplifies “those social justice tenets that are espoused.”

“Being able to recognize [Bean] with the retirement of his jersey was just one way to again recognize his accomplishments and also begin to tell the story [and] set the legacy for the baseball program,” Husak continued.

Other than Husak’s vague reference to “social justice tenets,” the video does not mention anything about LMU’s Catholic identity or potential adherence to Church teachings.

The Catechism of the Catholic Church teaches that individuals who are attracted to the same sex “must be accepted with respect, compassion, and sensitivity. Every sign of unjust discrimination in their regard should be avoided” (CCC 2358). It also teaches that homosexual acts are “intrinsically disordered,” “contrary to the natural law,” and “under no circumstances can they be approved” (CCC 2357).

This is not the first time LMU has publicly taken action at odds with the Catholic faith.

Earlier this year, the Jesuit university honored former President Bill Clinton as its commencement speaker despite his ardent support for the LGBT cause and abortion.

In 2015, LMU’s political science department advertised internships with a pro-abortion advocacy group on its website.

LMU boasts an “LGBT Student Services” office that “focuses on promoting equality, visibility and inclusion of LGBT students within the LMU community.”

“The Office serves as the primary resource and support center for students of all orientations and gender identities by creating an inviting, safe, confidential, and inclusionary atmosphere and campus environment,” according to LMU’s website. “The staff provides all members of the University community with resources, education, and information about sexual orientation and gender identity and works to engage the University community in regular dialogue about the intersection of sexual orientation and gender identity with issues of faith, religion and culture. Within these dialogues, the Office will place a particular emphasis on these intersections as they relate to the University ethos of Interculturalism and the principles of Catholic Social Teaching.”

None of the organizations to which the LGBT Student Services office links on its website follow the Catholic Church’s teaching on human sexuality.

Nevertheless, according to its mission statement, LMU is “institutionally committed to Roman Catholicism and takes its fundamental inspiration from the combined heritage of the Jesuits, the Marymount Sisters, and the Sisters of St. Joseph of Orange. This Catholic identity and religious heritage distinguish LMU from other universities and provide touchstones for understanding our threefold mission.”

LMU did not immediately return LifeSiteNews’ request for comment.