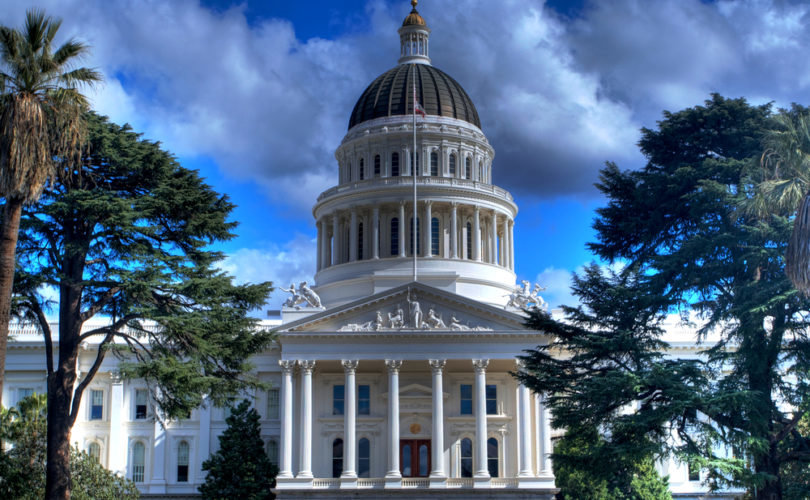 The bill, euphemistically named “The Reproductive FACT Act” by co-authors David Chiu (D) and Autumn R. Burke (D) is likely to pass with the committee’s approval, placing it before the 80-member Assembly body at a to-be-announced date.

Meanwhile, 15 citizens represented their support of the bill.

“As this bill moves through the Capitol, I only see us getting stronger and better,” Marie Leatherby, Executive Director for Sacramento Life Center, said. “This bill has awoken a sleeping giant in California, and a ripple effect is being felt throughout the halls of the Capitol building today.”

The bill has shared headlines with similar legislation that moved from the Senate to the House last Thursday, April 23, in Illinois, requiring pro-life medical personnel, including pro-life pregnancy medical clinics, to inform clients on both the “legal treatment options” and the “benefits” of those options, including abortion.

While pregnancy help organizations typically do discuss about options—including abortion—with clients, the introduction of government-compelled speech has raised major concerns within the pro-life pregnancy help community.

“If there is anything this renewed vigor of Big Abortion’s special-interest groups teaches us, it’s that we’re winning,” Jor-El Godsey, Vice-President of Heartbeat International, said. “These cases both bring into clear focus the desperation of an industry on the decline. Women are rejecting abortion because they are finding true compassion, accurate information, and support at pregnancy help organizations.”

“Even though most people would think that abortion numbers declining is a good thing, it’s obvious that Big Abortion sees fewer abortions as a threat to its profit and political power,” Godsey said.

A major point of contention is the mandating that life-affirming pregnancy help organizations give each client information including the following government-compelled disclaimer:

Chiu argued on behalf of the bill’s co-authors and sponsors—which include NARAL—that the specified language does not amount to a referral.

However, citing the understood definition of “referral” in the Hyde/Weldon Conscience Protection Amendment that has enjoyed bipartisan support and been affirmed by President Barack Obama, a lawyer representing the bill’s opposition, Sheldon Hadley, argued that the bill’s text amounts to government-compelled referrals for abortion.

Hadley, who serves as board chair for two Northern California pregnancy help organizations, went on to argue that what the bill requires fits the necessary “ordinary and usual meaning” of “refer” gleaned from well-known dictionaries.

Hadley was joined in opposition by Kevin Snider, Chief Counsel for Pacific Justice Institute, who argued that the bill unconstitutionally bypasses a standard of least restrictive means, which would allow the state to pursue its interests in a way that does not infringe on the conscience of its citizens.

Snider’s line of reasoning was also continued by Assemblyman James Gallagher (R), who proposed a friendly amendment that the prescribed disclaimer include information on how to get connected with a local pregnancy help organization.

Chiu, speaking on behalf of the his co-author and sponsors, denied the amendment, as well as another friendly amendment from committee Vice-Chair Donald P. Wagner (R) that would eliminate the word “abortion” from the bill’s text, where it appears four times.

“Why doesn’t your notice say, ‘adoption’ in it?” Gallagher asked the bill’s authors. “‘Free or low-cost access to comprehensive family planning services, prenatal care, adoption, counseling.’ I don’t see any of those services listed in your notice.”

“You’re saying that these private (entities) who receive no funding—no government funding whatsoever—they’re completely private, they have to tell about the government-funded programs that are out there, but the same is not true of the government programs. They don’t have to say, ‘There’s these groups out there who have qualified, licensed people.’”

Gallagher also pointed to Evergreen Association Inc. v. City of New York, a 2012 decision in the 2nd U.S. Circuit Court of Appeals, where the court found that New York City had alternative means available to disseminate its message that would not violate the conscience of its citizens.

If passed, the bill would only apply to the 70 pro-life licensed medical clinics, as the text specifically exempts the 1,700 community clinics that offer contraceptive and abortive services.

“We’re saying to 4 percent of these clinics, ‘Hey, you have to provide this information,’” Gallagher said. “It’s clearly unconstitutional and we shouldn’t allow bills to pass out of this committee that we know aren’t going to pass constitutional muster.”