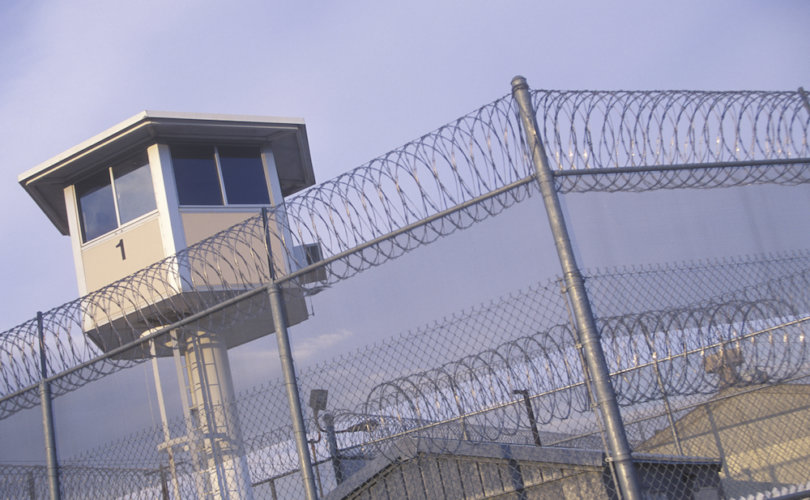 Women’s Liberation Front (WoLF) on Wednesday sued the California Department of Corrections and Rehabilitation (CDCR), the department’s secretary, and two wardens, alleging that a recent California law violates the Constitution by forcing women to be housed with male convicts who claim to be transgender, the Daily Signal reported.

SB 132, signed by Gov. Gavin Newsom in September 2020, requires the CDCR to “house transgender, gender-nonconforming and intersex (TGI) individuals in a manner that matches their gender identity,” regardless of anatomy.

Biological men do not have to undergo hormones or “sex change” surgeries to transfer to women’s facilities under the law, which forbids the denial of housing requests due to physical characteristics, mental illness, or conviction history. SB 132 also requires inmates and prison employees to use prisoners’ desired pronouns, even if they do not reflect biological reality.

“Any man who does not ‘identify’ as ‘exclusively male’ has the right to be housed with women, many of whom have been traumatized by male violence in their past, and some of whom have been victimized physically or sexually by violence perpetrated by men who claim a ‘transgender’ identity,” WoLF’s complaint says.

The lawsuit, filed with the U.S. District for the Eastern District of California, argues that SB 132 “cannot be applied in any manner that avoids violating the federal and state constitutional rights of Plaintiffs.” WoLF is seeking a permanent injunction and for the law to be declared unconstitutional.

“Hundreds of men have applied for transfers to women’s prisons, and dozens have already been transferred,” the organization said. “These transfers have resulted in intimidation, sexual harassment, physical assaults, and sexual assaults committed by the men against female inmates.”

One plaintiff, inmate Krystal Gonzalez, was sexually assaulted by a biological man transferred to Central California Women’s Facility under SB 132, according to the lawsuit. When Gonzalez filed a complaint and requested to be housed away from men, the prison’s response described her alleged attacker as a “transgender woman” with male genitalia.

The psychological distress caused by Gonzalez’s assault “is exacerbated by the prison’s refusal to acknowledge the sex of her perpetrator,” the filing states.

WoLF said that the CDCR has repeatedly changed women’s requests to halt transfers of male prisoners by replacing the word “men” with “transgender females,” “altering the complaining inmate’s own words, perception, and substance of requested corrective action.”

Gonzalez is one of four inmates included as plaintiffs in the WoLF suit, along with Janine Chandler, Tomiekia Johnson, and Nadia Romero. Woman II Woman, a non-profit formed to advocate for incarcerated women, is also a plaintiff.

The introduction of men into California’s women’s prisons has led to “fear, anxiety, depression, and/or post-traumatic stress disorder” among female inmates who have to shower and live with male convicts, the feminist group’s lawsuit claims.

“Some incarcerated women sharing a cell with a man, along with other women, now make sleep schedules among the women so that a woman is on watch to try to prevent rape by the male cellmate,” it adds. Prison staff are likewise “armed with new, stronger pepper spray and riot control measures in anticipation that men are stronger and more violent than women.”

Romero, a Catholic, and Chandler, a Muslim, also alleged religious freedom violations, saying that having to share close quarters with men has hindered their ability to exercise their religions. Romero, a survivor of severe sexual and physical abuse, said she has suffered panic attacks and “self-harm ideation” since being forced to share a housing unit with criminal men.

“Several hundred” males have so far applied for transfers to a female facility under S.B. 132, WoLF said, and CDCR has transferred around 23 to either California Institution for Women or Central California Women’s Facility. Zero transfer requests have been rejected.

According to a 2009 analysis by UC Irvine, one-fifth of transgender inmates are registered sex offenders. More than 40 percent of “transgender women” in major U.S. cities, including 33 percent in Los Angeles, are infected with HIV.

WoLF’s lawsuit condemns SB 132 for effectively imposing “a faith-based belief system founded on acceptance of the unproven (and unprovable) assertion that human beings have no objective, immutable sex or that a person’s sex can be changed or made irrelevant by a person’s inner ‘identity,’” without “scientific, factual basis.”

“This anti-woman law was overwhelmingly accepted by the California State Assembly members, embraced by our representatives and lauded by our senators,” Women II Women founder Amie Ichikawa told the Daily Signal. “Sadly, this even includes the California Women’s Caucus. We do not understand how so many people, especially women, had the audacity to turn a blind eye to this abuse.”

The lawsuit against SB 132 is supported by a mix of conservative and feminist groups, including the Family Policy Alliance, Concerned Women for America, Keep Prisons Single Sex, the Independent Women’s Law Center, and the California Family Council.