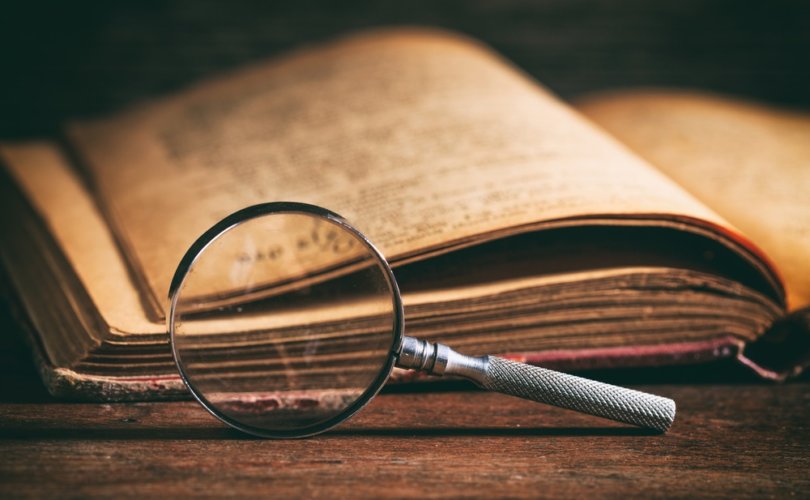 (LifeSiteNews) — Caving to LGBT ideology, Cambridge Dictionary has updated its definitions of “man” and “woman” to include “transgender” individuals.

According to the online version of this dictionary, a man is no longer simply “an adult male human being.” The new definition includes “an adult who lives and identifies as male though they may have been said to have a different sex at birth.”

To further explain the added definition, Cambridge Dictionary continues, “Mark is a trans man (= a man who was said to be female when they were born).” Another example reads, “Their doctor encouraged them to live as a man for a while before undergoing surgical transition [sic].”

Similarly, the dictionary claims that a woman can be more than “an adult female human being.”

— Article continues below Petition —
Stand with Christian daycare worker fired for refusing to indoctrinate kids with LGBT agenda
Show Petition Text
7960 have signed the petition.
Let's get to 9000!
Thank you for signing this petition!
Add your signature:
Show Petition Text

“An adult who lives and identifies as female though they may have been said to have a different sex at birth” is also a woman, according to Cambridge Dictionary. Some examples listed below the updated definition include “she was the first trans woman elected to a national office” and “mary [sic] is a woman who was assigned male at birth.”

Notice that the dictionary writers say “*they* may have been.” They couldn’t bring themselves to write “she may have been,” because they know they’re lying. That’s the tell. https://t.co/0en1sGfNMq

“The problem with this attempted rebrand is that it’s totally nonsensical,” Daily Wire host Matt Walsh said. “The new definitions contradict common sense, science, and even the left’s own narrative. And it accomplishes the latter feat by conflating sex and gender—two categories that the left still pretends to insist are distinct.”

Walsh opened his show on Tuesday with a discussion of the updated definitions, emphasizing that “words cannot be subjectively defined. It cannot be left up to each individual on their own to decide what any given word means because the essence of language is that…it is a way for people to convey meaning to each other, but that’s not possible if words and their definitions are not communally understood.”

Walsh also pointed out that the lack of objective definitions is what leads to the circular argument he received from many of his guests on his What Is A Woman? documentary, saying that “the question what is a woman has proven to be—if I may say so—one of the most effective counter arguments against the left ever. Period. In fact, it’s been so effective and devastating that they are now literally rewriting the dictionary in response to it.”

Previously, in 2019, the same dictionary announced its inclusion of various terms and phrases created by the LGBT agenda, one of which is “bottom surgery.” This refers to a medical procedure attempting to mutilate a penis into a vagina, or vice versa. “Bottom surgery” is one of many surgeries and medical interventions pushed on gender-confused minors and adults.

Dictionary.com announced this week that its “word of the year” for 2022 is “woman,” which it defines as “an adult female person.”

“Our selection of woman as our 2022 Word of the Year reflects how the intersection of gender, identity, and language dominates the current cultural conversation and shapes much of our work as a dictionary,” the site explained. There was a “surge in lookups” of the definition of “woman” after in March Senator Marsha Blackburn asked then-Supreme Court nominee Ketanji Brown Jackson to define the word (“I’m not a biologist,” the now-justice responded).

But ultimately, “the word belongs to each and every woman—however they define themselves,” claimed dictionary.com.

Matt Walsh’s documentary ‘What is a Woman?’ is a groundbreaking exposé of transgender lies