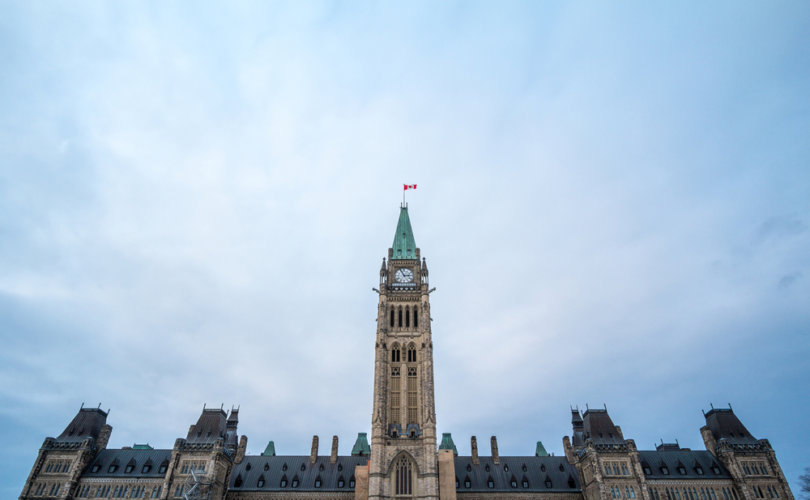 While Bill C-4 ostensibly seeks to ban obsolete interventions that pertain to trying to change someone who identifies as homosexual, in reality, according to government officials, the bill has the teeth to jail not only parents for “pressuring” their gender-confused children to live, dress, and act according to their biological sex but also religious leaders who, drawing from divinely inspired texts, might preach against various behaviors associated with the LGBTQ lifestyle.

“This new law will be used by LGBT activists to go after parents of traditional faiths and values who raise their male and female children to live according to their biological sex,” said Jeff Gunnarson, president of Campaign Life Coalition. “The bill insanely calls biblical-based anthropology in which God creates humans as “male and female” a ‘myth.’”

The bill defines “conversion therapy” as any kind of a “practice, treatment or service” that, among other things, is designed to “repress a person’s non-cisgender gender identity” or “repress or reduce a person’s gender expression that does not conform to the sex assigned to the person at birth.”  The authors of the bill have made it clear that the bill seeks to keep children with unwanted same-sex attraction and gender dysphoria locked forever in this identity, making it a criminal offense for parents to help their children choose a different path.

“Imagine the following scenario which, unfortunately, is all too realistic these days,” Gunnarson continued. “Six-year-old Johnny’s progressive teacher indoctrinates the classroom with a series of gender identity lessons. One day soon afterward, little Johnny comes home and tells his parents he wants to begin identifying as a ‘girl’ and start wearing a dress and make-up to school. They gently say ‘no’ and affirm him in his biological, God-given sex.  The bill’s definition of ‘Conversion Therapy’ is broad enough to include exactly this kind of scenario. Parents can now face five years in prison for this common-sense parenting.”

Gunnarson warned that this new law will now make it illegal for loving mothers and fathers to prevent their underage children from taking puberty blockers and mutilating cross-sex hormones.

“This new law is a brazen assault on not only parental rights but also religious freedom,” he said. “There are no protections whatsoever for faith leaders who, for example, discourage a gender-confused parishioner from identifying as transgender and who try to help them be at peace with the male or female body in which they were born. And, this law is designed to be interpreted so as to make it a criminal act for faith leaders to preach bible-based sexual morality.”

“This legislation is clearly crafted to claw its way deeply into our homes and churches and will subject these two sacred spaces to government control and persecution,” Fonseca added.

Campaign Life Coalition is also dismayed that the right to choose what kind of help to receive, such as clinical therapy and spiritual counseling, is being taken away from Canadians who identify as LGBTQ.

“No law should ever take away someone’s choice to receive counseling that they believe could help them live according to their faith or to achieve their personal goals,” Gunnarson said.

“Banning consenting adults from voluntarily obtaining the kind of clinical therapy, psychoanalysis, or spiritual counselling that they desire for themselves is simply unconstitutional. We hope that individuals who no longer wish to identify as LGBT and who want to voluntarily avail themselves of these supports will sue the government and ask the court to strike down the law.”