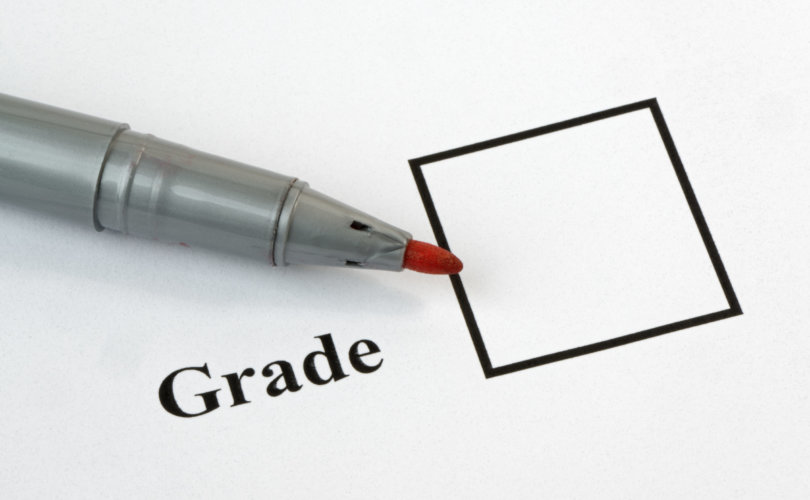 In addition to its “Party Policy Comparison” chart outlining the stances of the various political parties running in the upcoming Ontario election, Campaign Life Coalition (CLC) has put out a “strictly informational” letter-grade rating system comparing the party leaders’ stances from a pro-life and pro-family perspective

Stating that each candidate’s stance on the “Sanctity of Life” is the most heavily weighted criterion, the group gave Derek Sloan of the Ontario Party and Jim Karahalios of the New Blue Party an “A+” rating.

Due to the fact that all other party leaders support abortion-on-demand, radical LGBT ideology in schools, and the deployment of invasive so-called public health measures, all the other leaders received an “F” rating by the group.

Included in the list of “F” rated politicians is the Progressive Conservative incumbent, Premier Doug Ford, who despite running on a purportedly conservative platform, has maintained the anti-life status quo that allows abortion up until the moment of birth, “Bubble zone” legislation that prevents pro-lifers from witnessing outside of abortion clinics, and LGBT-oriented sex-ed in public schools.

Getting into the specific issues, CLC gave Karahalios a “thumbs up” rating on seven of the eight categories, approving of his stances on the “sanctity of life, conscience rights, free speech, LGBT ideology, parental rights, vaccine mandates, and drugs.”

The only missed point for Karahalios was in the “voting record” category. He has never held public office and was therefore ineligible to receive a point.

CLC similarly gave Sloan a seven out of eight rating, with a “thumbs up” on the issues of “voting record, sanctity of life, conscience rights, free speech, LGBT ideology, parental rights, and vaccine mandates.”

The CLC noted that during Sloan’s tenure as a Member of Parliament for the federal Conservative Party of Canada, he maintained a “perfect” voting record on “life and family issues.”

Sloan’s only missed point was on the issue of drugs, as neither he nor his party have made an official statement on the topic.

As reported by LifeSiteNews, Sloan and Karahalios lead the only parties that espouse explicitly pro-life and pro-family views, and have both stated their strong opposition to LGBT ideology in schools, mandatory vaccinations, and limits on free speech and conscience rights.

Both leaders also describe themselves as “pro-life,” on both the issue of abortion and euthanasia.

Fonseca also penned an op-ed detailing the similarities between Nazi Germany and the COVID-era policies rolled out in Canada, including Ford’s Ontario, over the past two years, highlighting why he views the issue to be of severe political importance.

1
Jewish groups decry end of Roe and call abortion restrictions a violation of their religious freedom
2
Police arrest Freedom Convoy leader Tamara Lich yet again
3
New Mexico promises to be safe haven for out-of-state abortionists
4
The end of Roe threatens a lifestyle, and that’s why pro-abortion backlash is so fierce
5
These pro-abortion moms illustrate the horrors of the culture of death
Subscribe to Daily Headlines »