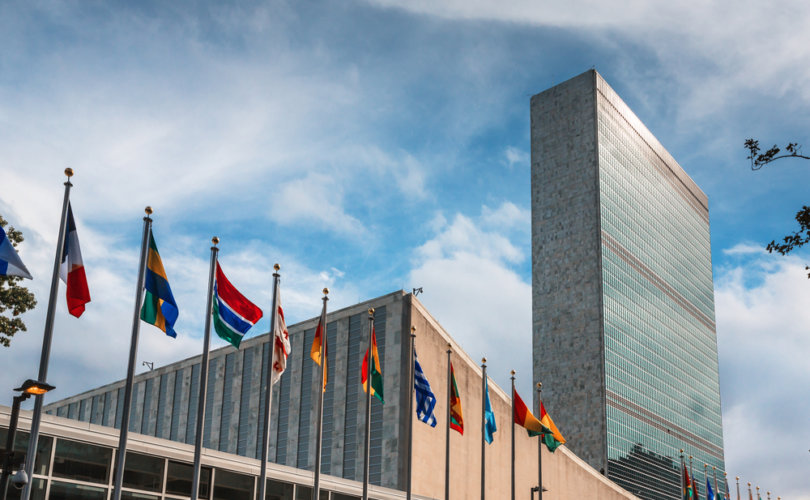 January 31, 2019 (LifeSiteNews) – The United Nations Economic and Social Council has accepted a leading Canadian pro-life group’s official statement for the upcoming Commission on the Status of Women on March 11-22, providing an opportunity to represent the plight of the preborn at the typically pro-abortion international body.

Campaign Life Coalition’s (CLC’s) statement, added to the commission’s list of Official Documents, appears third from the top of the list of hundreds of entries due to having been submitted last November. It calls attention to the vulnerabilities of pregnant women and their preborn daughters around the world.

“Section 5.2 of Sustainable Development Goal 5 calls for the elimination of all forms of violence against all women and girls in order to achieve authentic gender equality and the universal empowerment of women and girls,” CLC said. “Abortion, as the intentional destruction of a child in the womb, which is disproportionately the girl child, at the expense of the mother’s physical, emotional and psychological well-being, is in direct violation of any efforts to secure such things.

“Contrary to the popular belief that women freely choose abortion, a recent study, published in the Journal of American Physicians and Surgeons, has found that almost three quarters (73.8 percent) of women with a history of abortion that were surveyed admitted to having experienced at least subtle forms of pressure to abort their child,” the statement noted. “Of the 987 women that were surveyed, more than half (58.3 percent) decided to abort their child in order to make others happy and nearly 30 percent said that they were afraid that they would lose their partner if they did not choose to terminate their child.”

CLC stressed that they are the actions not of “empowered” women but of those who, “finding themselves in the crux of a difficult situation, have felt that they had only one choice, which is, of course, no choice at all.” They next cite another study finding that as many as 60 percent to 83 percent of women who abort would have preferred delivering their babies if the other circumstances of their lives had been better.

“It is, therefore, in the best interest of women, as well as their pursuit of empowerment and authentic freedom, that the Member States invest in social protection systems that guarantee the best outcome for both mother and child,” CLC declared. While mothers can suffer a variety of economic, cultural, or health factors, the “solution to a difficult pregnancy is not to eliminate the child, but rather to eliminate the factors that make it so difficult.”

Additionally, the “lack of availability of social protection systems and public services for expectant mothers, especially those  in a crisis situation,  betrays a  cultural devaluation of motherhood,” CLC argued. “As a natural process that is intimately tied to the identity and personage of women around the world, motherhood maintains a special place of significance in the world and for the world. As a result of its inseparability from the woman’s identity, as well as its natural importance, motherhood should be supported by society in a way that empowers women to both thrive as mothers as well as provide for those under their care.”

With all this in mind, CLC calls on the UN’s members to “enact effective, comprehensive social protection programs that suit maternal needs, without eliminating maternity;” to “create and support effective, comprehensive social protection systems that foster a culture of respect for mothers;” and to “encourage South to South Cooperation so as to increase the preservation and sharing of best practices in maternal education, support and accompaniment without the interference of ideologically driven investment or aid, which lends itself to the institutionalization of dependency, poverty and violence.”

It remains to be seen how this statement will influence the commission. Last fall, the UN Human Rights Commission called on governments around the world to lift their restrictions on abortion in the name of “fundamental rights” and “gender equality.”