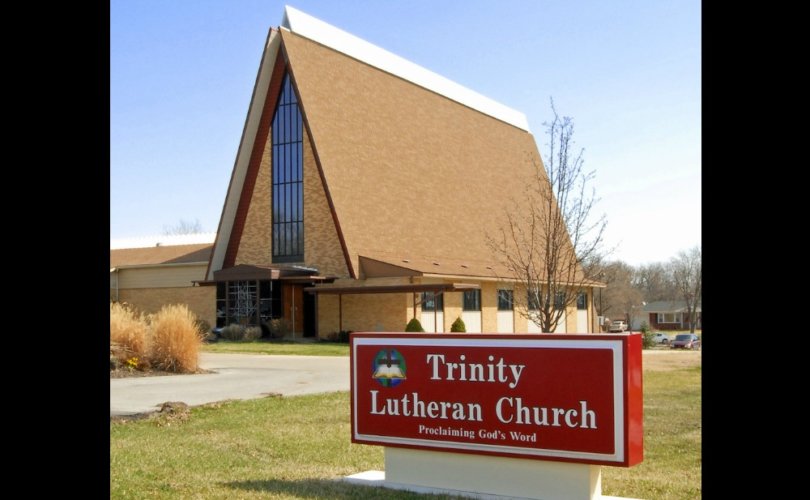 WASHINGTON, D.C., May 2, 2017 (LifeSiteNews) – The U.S. Supreme Court is now deliberating on a crucial religious liberty case, the latest to test America’s commitment to church freedoms amid growing secularist pressure.

The court heard arguments on April 19 in Trinity Lutheran Church v. Pauley, in which the state of Missouri is fighting to uphold a law allowing it to discriminate against preschool children in church-operated schools.

Missouri offers a program that recycles discarded tires into rubber safety surfaces for children’s playgrounds. It’s a win-win idea: old tires no longer clog up landfills and children are kept safe during play.

In 2012, Trinity Lutheran Church applied for state grant money earmarked to help non-profits pay for the safety measure.  Despite being ranked near the top of the heap among all the requests for state assistance, the Missouri Department of Natural Resources denied Trinity Lutheran’s application precisely because it is a church.

Their decision was based on Missouri’s Blaine Amendment, adopted into the state’s constitution in the late nineteenth century, a time when many feared that the growing number of Catholic schools represented an existential threat to public school systems in what was then primarily a Protestant nation.  In an ironic twist, those same laws now discriminate equally against Protestant churches.

Missouri is one of more than three dozen states which still have “Blaine Amendments” on their books.

Ralph Reed, founder of the Faith and Freedom Coalition explained, “Blaine Amendments are discriminatory.  They were targeted at Roman Catholics.  It’s time for the court to not only rule in favor of Trinity Lutheran, but to overturn and strike down this Blaine amendment in Missouri, and hopefully all the others.”

And while the nuts and bolts of this case is about funding for a single playground run by a church in Missouri, the court’s decision will most likely have broad implications for hot-button issues like school-choice.  Experts say Trinity Lutheran v. Pauley is most fundamentally about religious liberty.

Senator Ted Cruz, R-Texas, told LifeSiteNews, “Cases like this are crucial to stopping the slow erosion of our constitutional protections that we see every day in this country.  Missouri chose to explicitly target a religious institution for discrimination. Despite meeting all secular criteria for a government program, Trinity Lutheran was rejected solely because it is a church.”

Travis Webb, Director, director of the Family Research Council’s Center for Religious Liberty, echoes Sen. Cruz:  “If the Supreme Court rules that Missouri can get away with what it did here, then it is permissible under the First Amendment to treat churches and religious organizations worse . . . than other organizations for no other reason than the fact that they are religious. That would be quite an ominous result for all people of faith.”

As the nine Supreme Court Justices listened to oral arguments inside the court, a wide range of religious liberty experts and activists took to a podium set up outside in the court’s plaza.  There, standing between the highest court in the land and Congress, they explained in the simplest terms possible what is at stake in this case.

Jonathan Imbody, representing the Christian Medical Association, pointed out, “The government should not set up a religious test for which kids can get protection on the playground.”

Hillary Byrnes, representing the United States Catholic Conference of Bishops, said, “This case is about having an equal playing field for people of faith.  No state government — not Missouri, not any other state — should discriminate against a non-profit organization like a preschool just because it’s affiliated with a church, temple, mosque or a synagogue . . . it’s time for the government to play fair.”

In a reference appealing to America’s still-fresh memory of Rosa Parks’s heroism, Jerry Johnson, president of National Religious Broadcasters, said, “People of faith, religious people, are not second class citizens and we are not going to the back of the bus.”

Pastor Patrick Mahoney made a similar allusion, emphatically appealing to the Court, “Do not treat people of faith as second class citizens.  As a pastor of [one of] the 330,000 churches across America who right now are feeding the hungry, clothing the naked, housing those who have no roof over their head, we simply say, ‘Stop discriminating against us.’  Stop being bigoted toward us, and treat us with equal justice.”

Several groups, none of which responded to inquiries from LifeSiteNews, submitted friend of the court briefs in support of Missouri’s stance against Trinity Lutheran.

In its brief, the ACLU expresses concern that if the state provides assistance for a neutral item such as a playground covering, it might result in “taxpayer-financed religious activities.”  After all, the preschool’s parent handbook “describes its curriculum as being Christ-centered in its approach to teaching developmental and academic readiness skills.”

The National Education Association wants to “ensure that public education is not undermined by ill-considered ‘voucher’ programs that undercut equitable education opportunities by diverting public school funding to sectarian and other private schools.”

Lambda Legal, representing the interests of the LGBT community frets that “a child and her same-sex parents” might be “fenced out of Trinity, left to gaze at a publicly funded playground they may not enter, as its use is reserved solely for children from a preferred religious tradition as a place to play and pray.”

Yet Lawyers for Trinity had stated in their original filing that the gates of the playground are left open for all children to use.  And as the Heritage Foundation’s Jennifer Marshall told LifeSiteNews, “Trinity Lutheran Church is a good neighbor whose playground serves the community. Government discriminated against a good neighbor simply because it’s religious.”

The nine justices will deliver their ruling in June.

1
Dr. Simone Gold says her ‘spirits are high’ as she endures solitary confinement for entering Capitol
2
Quebec Cardinal Marc Ouellet accused of sexual assault in class-action lawsuit
3
Chicago community stands with Institute of Christ the King over Latin Mass crackdown
4
Bolivian man escapes after being buried alive in a coffin as a sacrifice to the Pachamama
5
Episcopal Church endorses sex changes for children ‘at all ages’
Subscribe to Daily Headlines »