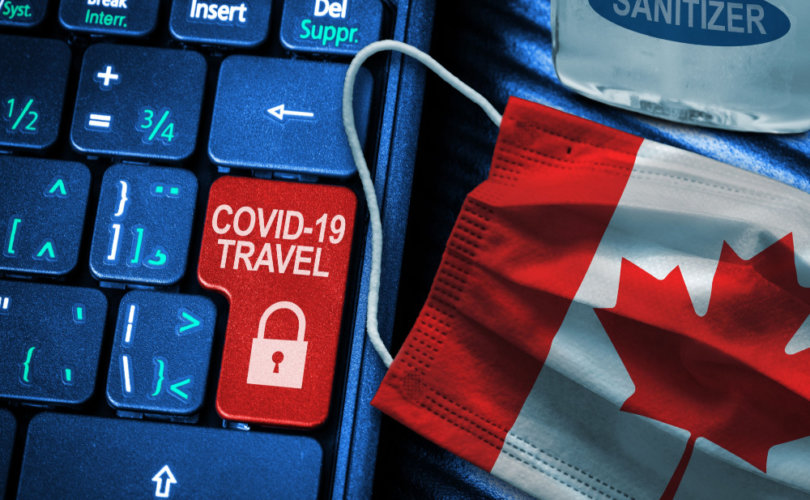 OTTAWA (LifeSiteNews) – The Canadian government of Prime Minister Justin Trudeau said yesterday that its travel COVID jab mandate as well as virus border measures will remain in place until “at least” June 30.

“All travellers, regardless of vaccination status, must continue to submit their information in #ArriveCAN through the free app or website.”

This announcement came just a day after the Trudeau Liberal government, with the help of the NDP, voted against a motion from Conservative Party of Canada’s MP Melissa Lantsman calling for the return of pre-pandemic rules and service levels for travel. The motion failed to pass in the House of Commons; there were 201 votes against it and only 112 for.

The extension of the COVID jab travel mandates was met with disapproval from Alexis von Hoensbroech, the CEO of Canada’s second-largest airline, WestJet. Yesterday, he said the mandates should be “dropped” right away.

Even some in the mainstream Canadian media say it’s time for Trudeau’s COVID travel jab mandate to go.

In a special report posted in the National Post, Ashley Hughes wrote that “Canada is now a solo traveler on the international stage when it comes to travel mandates for planes and trains — measures which increasingly appear to be punitive rather than backed by any evidence or logic.”

“Under Prime Minister Justin Trudeau’s leadership, the federal government is living in a parallel universe, totally out of step with almost any other western country, and even its own provincial governments. Canada’s vaccine mandate on domestic travel puts it in the company of North Korea and China.”

The United States and European Union have dumped all COVID travel mandates, including mask use.

Canadians who are vaccine free can fly home, but they must provide a negative test and quarantine for 14 days upon return from home.

Unjabbed foreign nationals are banned from entry into Canada, but Trudeau did give an exception for Ukrainian refugees.

Also in place is a COVID jab mandate by Trudeau for all federal workers as well as those who work in federally regulated industries, which includes the aviation industry.

Canada has mandated the use of the ArriveCAN app for all travelers entering the county since November 2020. Travelers who do not have a smartphone can sign into an online version of ArriveCAN, but those who fail to use ArriveCAN face severe fines.

In recent days as well, CPC MP and leadership candidate Leslyn Lewis has ramped up the pressure on the Trudeau government, saying it needs to get rid of its “unscientific” and administrative “nightmare” COVID travel vaccine passport, or ArriveCAN app.

Just over a week ago, Lantsman, along with CPC MP Michelle Ferreri demanded on behalf of their party that Trudeau end his “vindictive” COVID jab travel mandate, saying recent testimony proves it is causing nothing but chaos at airports.