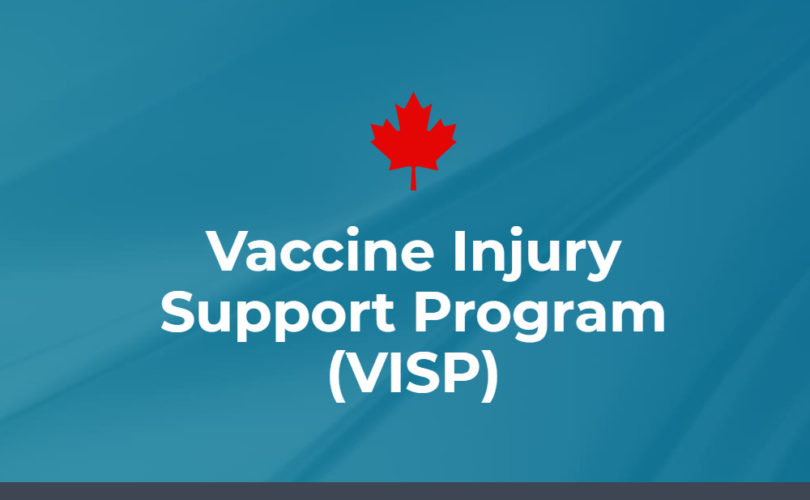 OTTAWA, Ontario, June 4, 2021 (LifeSiteNews) – After announcing last year vaccine makers would be shielded from liability regarding COVID-19 jab related injuries, the Canadian federal government has launched the nation’s first-ever program designed to financially compensate those who have suffered adverse side effects from any type of vaccines.

The Vaccine Injury Support Program (VISP) was officially announced in December 2020, around the time the federal government under Prime Minister Justin Trudeau allowed the first COVID-19 injections for use in Canada.

According to the VISP website, the purpose of the program is to “ensure that all people in Canada who have experienced a serious and permanent injury as a result of receiving a Health Canada authorized vaccine, administered in Canada on or after December 8, 2020, have fair and timely access to financial support.”

In December 2020, Canada’s Procurement Minister Anita Anand was quoted as confirming to reporters that “indemnification clauses in vaccine contracts are standard,” and that they would be used for COVID-19 vaccine makers.

“All countries, generally speaking, are faced with the issue of indemnification of companies, especially in cases of novel technologies like this,” said Anand. “Yes we are, and we are definitely not any different than any other country in this world.”

In a Public Health Agency of Canada (PHAC) document from 2017, which was updated in 2019, the agency stipulated that in times of pandemic, indemnity clauses should be used so there is no supply disruption.

“To prevent delays in release of the vaccine at time of pandemic, the pandemic vaccine supply contract stipulates that the Government of Canada will indemnify the manufacturer against any claims or lawsuits brought against it by third parties,” the document reads.

Shortly after the Canadian government announced VISP, the government put out a tender contract notice to “eligible organizations to submit an application to administer a no-fault support program for people in Canada with a serious and permanent vaccine injury.”

According to the VISP website, the program is being administered and delivered “independently” by the Canadian accounting and tax firm Raymond Chabot Grant Thornton, with funding from PHAC.

“Decisions on individual claims are made by a committee of independent medical experts and neither PHAC nor Health Canada is involved in the decision of individual claims,” says the VISP website.

Health Canada has authorized four COVID-19 injections for adults, all of which are connected to abortion. All of them have also been associated with severe side effects such as blood clots, rashes, miscarriages, and even heart attacks in young healthy men.

The Pfizer vaccine has been approved for use in kids aged 12 to 16, and just recently, the National Advisory Committee on Immunization stated that the “mixing” of COVID-19 jabs is permissible for those who had the AstraZeneca vaccine.

Health Canada states that all COVID-19 vaccines on offer are allowed to operate under an interim order, which is in effect until September 16, 2021.

In Canada, health is under the full authority of the provinces, and vaccines are not mandatory at the federal level. Some provinces — such as Ontario and New Brunswick — have made certain vaccines mandatory via legislation, with a few exceptions, for children to attend public schools.

The VISP website states that all current and “future Health Canada authorized vaccines or immunoglobulins” will be covered on the program which is open to all ages.

One does not need to be a Canadian citizen to be awarded a settlement from the program, but the vaccine must have been administered in Canada.

When it comes to compensation under the program, VISP states that eligible individuals can file a claim, but only up to three years after receiving a jab, “or at the apparent onset of injury, or death.”

The province of Québec has its own vaccine injury program, so those who have been jabbed in that province are not eligible under the new VISP program.

For many years, Canada was one of a very small numbers of countries which did not have some sort of national vaccine injury compensation program.

To submit a claim, applicants or those authorized to do so if their loved one has died from a jab must work in conjunction with the physician who “assessed the injury,” and who is required to produce a long list of documentation.

According to VISP, a claimant’s application will be reviewed by a committee made up of three physicians who will review the “claimants’ medical records to determine if a probable link exists between the injury and the vaccine.”

“This process is based on internationally recognized causality assessment protocols, standards, and existing frameworks, such as those established by Québec’s Vaccine Injury Compensation program and the World Health Organization (WHO),” says the VISP website.

VISP offers no information as to how long a claim could take to process.

According to official Canadian government statistics, there have been a total of 6,408 COVID-19 vaccine-related “adverse events” since the first shots were issued back in late 2020, of which 1,262 were deemed serious. In Canada, 22,806,404 COVID-19 jabs have been administered.

Side effects noted include — but are not limited to — blood clots, anaphylaxis, nervous system issues, miscarriages, and heart attack. The Pfizer jab has the highest levels of reported side effects, followed by the Moderna jab.

To date there has been an official total of 94 deaths after the administration of the COVID-19 jab, according to the government.

Canada’s Adverse Events Following Immunization (AEFI) relies on individuals to ask their doctor, nurse, or pharmacist to complete the AEFI form, which sometimes can be difficult for individuals to obtain.