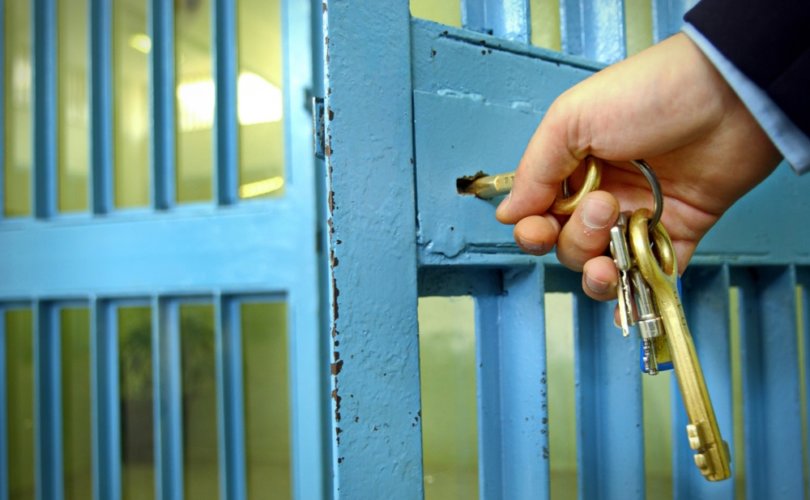 February 24, 2020 (LifeSiteNews) — The recent murder of a Quebec prostitute by a convicted murderer who was allowed day parole to satisfy his “sexual needs” is an example of the consequences of disregarding the law when it comes to dangerous convicted murderers in Canada, says Canada’s largest Evangelical Christian organization.

Earlier this year, 22-year-old Marylène Lévesque was found dead in a Quebec City hotel room with stab wounds and signs of injuries caused by fighting back. A convicted murderer on day parole, Eustachio Gallese, turned himself into Quebec City police later in the day, telling them where to find the body.

He was then charged with the second-degree murder of Lévesque. He is due to make a court appearance on February 26.

Gallese was allowed to meet with women while on day parole, “only for the purpose of responding to [his] sexual needs,” said parole board documents. A federal investigation being conducted by Corrections Canada and the parole board was ordered by Public Safety Minister Bill Blair in late January as a result of the murder.

In 1997, according to the Daily Mail, Gallese was found guilty of domestic violence against the woman he was seeing at the time and also “assaulted his ex-wife.” In 2004, reports the Vancouver Sun, he was convicted of murdering his wife, Chantale Deschênes, in a brutal assault that involved a hammer and knife.

He was sentenced to life in prison with no chance of parole for at least 15 years. He was also deemed to be a high-risk offender who would be likely to commit violence again.

Gallese was released into a halfway house in March of 2019, but at a parole board meeting in September of the same year, he was denied full parole.

At the September meeting, the parole board noted that they were alarmed that he was allowed to have interactions with women since being placed in the halfway house. Despite this, they allowed his day parole to be increased so long as he reported any relationships (sexual ones included) with women and did not use drugs or alcohol.

The board also asked for his term to be re-evaluated in six months, which would have been this March.

Gwen Landolt, national vice president of Real Women of Canada, condemned the parole board’s decision. “It is unforgivable that the parole board let this man out, this man who had murdered his own wife, and saying that he was not a threat to national security and then incredibly going onto say, however, his sexual needs can be satisfied with prostitutes,” said Landolt to LifeSiteNews.

The horrendous crime committed against Lévesque shows a complete lack of regard for public safety from government officials, added Landolt.

Some in the mainstream media have spoken out about the case. Vancouver Sun columnist Daphne Bramham (linked above) concluded: “Why this tragedy happened is simple: The people responsible for keeping the public safe failed.”