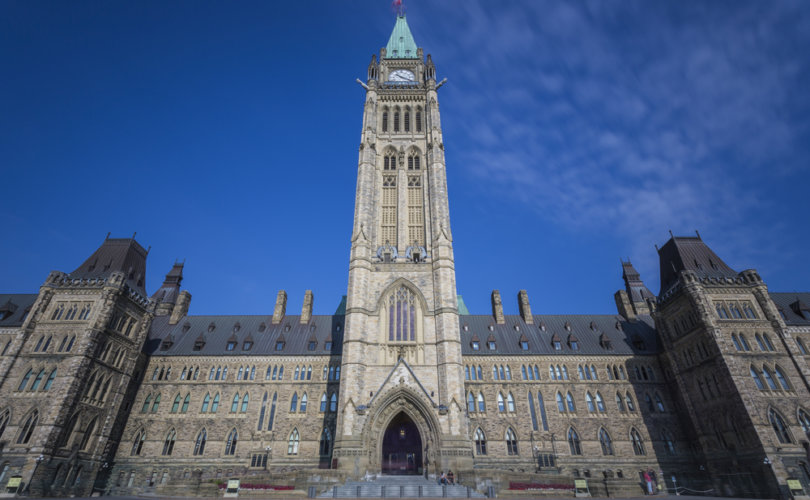 OTTAWA, September 21, 2017 (LifeSiteNews) — A Canadian law enforcement bureau has dropped an investigation into alleged criminal activity of so-called climate “denier” groups but says it will reopen the probe if new evidence comes to light.

The complaint, filed by Ecojustice lawyer Charles Hatt, alleged the groups made false and misleading claims about climate science “to promote the business interests of deep-pocketed individuals and corporations that appear to fund the denier groups.”

Notably egregious were Friends of Science billboards stating “the sun is the main driver of climate change,” and ICSC website statement that “carbon dioxide is not a pollutant.”

The Competition Bureau, while independent, is funded by the federal government, with a 2017 budget of $50 million.

Ecojustice asked the bureau to “deal with the inquiry on the criminal track.”

“A finding of criminal guilt or reviewable conduct would demonstrate that climate science misrepresentations are contrary to law and harmful,” Hatt wrote.

The complaint was made on behalf of six Canadians, including Ontario NDP leader and US ambassador Stephen Lewis, along with Tzeporah Berman, Dr. David Schindler, Dr. Thomas Duck, Dr. Danny Harvey, and Devon Page. (See description of each of these persons in the complaint.)

Lewis advocates a universal “right to abortion” and was the first Canadian politician to propose the legalization of abortion in 1966 while a member of Ontario’s NDP.

The one-time deputy executive director of UNICEF and UN Secretary-General’s Special Envoy for HIV/AIDS in Africa, Lewis also established the Stephen Lewis Foundation to push condoms in Africa as the remedy for AIDS.

Vocally anti-Catholic, he has slammed the Church’s opposition to contraception as “irresponsible and damaging” and “thinly veiled misogyny.”

Deputy commissioner of competition Josephine Palumbo wrote Hatt in June that the bureau had dropped the inquiry begun in April 2016.

It did so “considering the available evidence, the assessment of the facts in this case, and to ensure the effective allocation of limited resources.”

But the bureau would welcome “new evidence of alleged anti-competitive conduct” Palumbo wrote.

That was confirmed by CB spokesperson Mélanie Beauchesne.

“Should new and compelling evidence of harm to competition or deceptive marketing practices come to light, the Bureau will not hesitate to take appropriate action,” she told LifeSiteNews in an email.

“We invite Canadians who believe they may have additional information to contact the Competition Bureau.”

But that doesn’t satisfy Hatt.

The bureau has “the real power” to unearth evidence of possible business interests behind the groups, he told online eco-journal National Observer.

It’s “unlikely that we or anyone else is going to uncover the smoking gun evidence that the bureau would need to reopen its inquiry,” Hatt said.

“A private citizen can’t do that. You have no powers to take statements under oath, or search documents, search premises.”

Meanwhile, many observers are aghast the government-funded bureau investigated “climate denial” in the first place, not to mention the unease suffered by groups themselves.

ICSC exceutive director Tom Harris said in an email, “All I know is that they started the investigation, and, despite me asking them twice where the CB thought we were misleading the public, they never said.” “Months later, they said they were continuing the investigation but said no more until they told me they dropped it,” Harris added.

“During the year and a half investigation, it was eerily like Winston Smith and ‘Big Brother is Watching’ in 1984,” he said, referring to George Orwell’s prescient tale of a totalitarian dystopia.

The ICSC is “not misleading the public in any way,” Harris said.

“We are simply expressing our opinion about this highly complex field and one normally assumes that freedom of speech to give one’s opinion in any area of science is actually respected in Canada,” he said.

“Our donors have no influence whatsoever on what we, and the scientists we work with, say.”

(Harris is one of many policy advisers for the Heartland Institute, also investigated, which sent a delegation to Rome in 2015 to consult with Pope Francis on Laudato Si’, his document on the environment.)

His comments were echoed by Michelle Stirling, communication director for Friends of Science.

“We are not a commercial entity, we do not have federal lobbyists, we are not tax-subsidized as environmental charities are, we do not represent any industry,” she wrote in a September 8 blog post.

“We only present the professional insights and expertise of our core team and represent the views of our individual members (not corporations).”

Meanwhile, the Toronto Sun blasted the Competition Bureau for creating a “climate of fear.”

That the bureau “investigated this complaint at all is absurd and chilling,” it wrote in its Sunday editorial.

“Absurd because climate alarmist groups (let’s leave Ecojustice out of it) make equally false and misleading claims all the time.”

And it’s a “chilling attack on free speech for any agency of the government to investigate any individual or group about their views on climate change, whatever they are.”

“I wouldn’t have believed it either, till I learned via Lorrie Goldstein about the extraordinary criminal action brought in Canada by a bunch of eco-fascistic litigants against three climate skeptical organizations,” he wrote.

It’s also incredible, wrote Delingpole, that the bureau dropped the investigation because it ran out of money — not because someone realized “this would be an unconscionable abuse of state power to curtail freedom of speech and to adjudicate on scientific issues so contentious and moot as to be far beyond any government body’s area of competence.”

Meanwhile, a spokesman for Navdeep Bains, minister of innovation, science and economic development, wouldn’t say if the Liberals will give the bureau more money to reopen the probe, reported the National Observer.

But the Liberals do take climate change seriously, the spokesperson said.