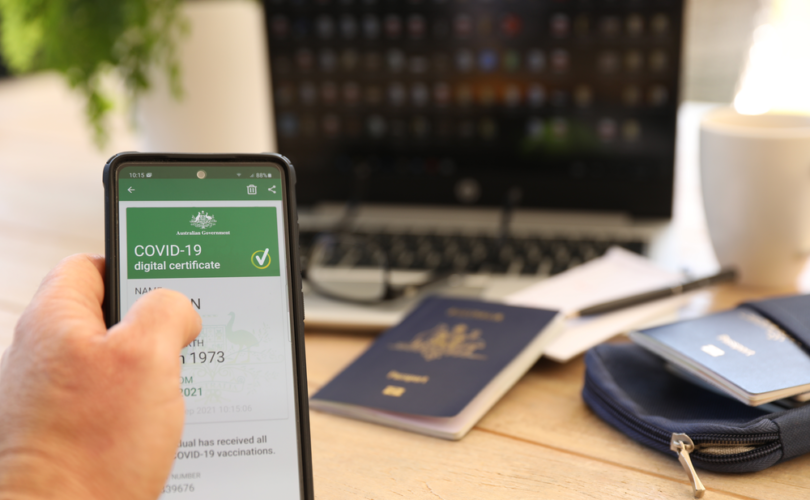 As more Canadians become aware of the World Economic Forum’s influence in Canadian politics, yet another globalist project, the WEF’s “Known Traveller Digital Identity,” lists both the government of Canada and the government of the Netherlands, along with various airports, as the testing grounds for an international digital ID system with “advancements in biometrics.”

The project’s website, initially launched in 2018, explains that “The Known Traveller Digital Identity, or KTDI, is a World Economic Forum initiative that brings together a global consortium of individuals, governments, authorities and the travel industry to enhance security in world travel.”

The “pilot partners” of the program, in addition to the Dutch and Canadian governments, include the airlines Air Canada and Royal Dutch Airlines, as well as the Netherlands Schiphol airport and Canada’s Toronto Pearson Airport.

According to the program, “the KTDI is based on decentralized digital identity which uses cryptography, distributed ledger technology and emerging international standards to enable an individual to self-manage trusted and verified identity attributes,” explaining that the “attestations” of such attributes are “added to the traveler’s KTDI profile each time a trusted entity verifies a claim pertaining to the individual.”

The “goal of the KTDI pilot,” which launched in 2019 according to the site, “is to test a means for travelers to maintain and share trusted, verifiable, globally interoperable digital identity attributes issued by one or more public- or private-sector entities,” adding that for the program to “become scalable and widely adopted,” the KDTI “concept requires international standardization and accepted interoperability across geographies, policy environments, and industries.”

As extensively reported by LifeSiteNews, the WEF is the globalist organization behind the “Great Reset” agenda, a socialist plan designed by global elites that “seeks to ‘push the reset button’ on the global economy” and establish a New World Order that seems to closely emulate many aspects of the Chinese Social Credit System.

The group’s agenda has become known for their slogan, “You’ll own nothing and you’ll be happy.”

The Canadian Bankers Association (CBA), which recently froze the bank accounts of Freedom Convoy protesters without court orders, also released information in 2018 citing that they too, under the influence of the WEF, are seeking to have Canada lead the world in adopting digital IDs.

After the invocation of the never-before-used Emergencies Act by Prime Minister Justin Trudeau in response to the three-week anti-COVID mandate “Freedom Convoy” protest in Ottawa last month, which led Finance Minister Chrystia Freeland to announce that the government would be directing the CBA to freeze the bank accounts of  protesters, Freeland’s membership in the WEF became a hot-button issue in Canadian political discourse.

In an op-ed written in the National Post, economic and international affairs expert Rupa Subramanya posited that Freeland’s ties to the WEF are “endangering Canadian democracy” and her connections are a prime example of how “global elites” attempt to “subvert local democracy.”

While the Freedom Convoy protest against COVID restrictions has been followed by axing mandates in nearly every province, the plan to move forward with digital IDs has remained.

Notably, Canada’s most populous province of Ontario still features the coming Digital ID system on their website, while explaining that it is part of the larger goal of “Building a Digital Ontario.”

“The COVID-19 pandemic has made our province’s ability to harness technology more urgent than ever,” the government explains on the “Building a Digital Ontario” website.

“With the people of Ontario increasingly using online services, for example to renew driver’s licences and health cards, strong digital security and robust data management must be crucial priorities — for individuals, communities, businesses, and government.”