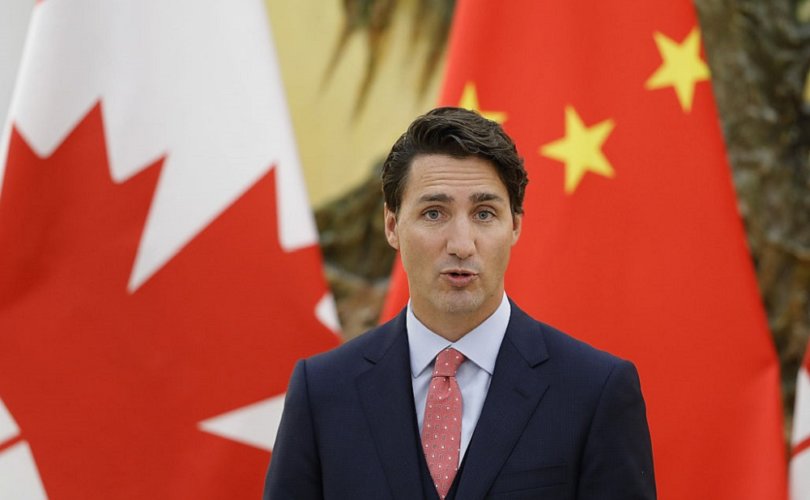 ONTARIO, August 28, 2020 (LifeSiteNews) — Canada’s deal with China for a Canadian human trial of a coronavirus vaccine derived from fetal cells gathered from a baby aborted decades ago, which one M.P. called “a big red flag,” has been scrapped by Canada’s National Research Council (NRC).

The Chinese manufacturer of the vaccine, CanSino Biologics Inc. (CanSinoBIO), cited a lack of authority to ship the vaccine known as Ad5-nCoV to Canada to explain the deal falling through, according to a Reuters report released Wednesday.

LifeSiteNews reported that Ad5-nCoV uses the HEK293 cell line, made from fetal cells harvested from an aborted baby, and was co-developed by the Beijing Institute of Biotechnology and the Chinese firm CanSinoBIO.

According to a Reuters report from today, the end of the NRC’s partnership with CanSinoBIO was not “necessarily” due to the increased political tension between Canada and China because of the extradition case of Meng Wanzhou.

Wanzhou is an executive from the Chinese telecommunications company Huawei and is under house arrest in British Columbia. A few days ago, a federal court judge refused to release to Wanzhou’s legal team confidential documents regarding her arrest.

In May, prime minister of Canada Justin Trudeau announced that Health Canada had approved the coronavirus vaccine Ad5-nCoV to be used in human clinical trials.

Despite the deal with China falling through, Trudeau told reporters Wednesday that his government has “signed a number of deals with potential vaccine producers around the world.”

“The issue is nobody yet has a vaccine and nobody knows who’s going to develop the vaccine so like many, many countries around the world, we’re working with a range of partners to ensure that when someone does find a vaccine Canadians will have access to it,” Trudeau told reporters.

The NRC was to work in collaboration with CanSinoBIO, and the clinical trials for Ad5-nCoV would have taken place at the Canadian Centre for Vaccinology at Dalhousie University in Halifax.

In July, it was reported that there was a delay in beginning the vaccine trials because of Chinese customs delaying its shipment to Canada.

Ted Kuntz, president of Vaccine Choice Canada (VCC), a not-for-profit society founded by families who have suffered from vaccine reactions and injuries, told LifeSiteNews that the NRC’s decision to end the vaccine trial brings little comfort, as the decision was a “bureaucratic” one and not about safety.

“The decision to end the agreement with China on a ‘made in China’ vaccine brings little comfort to those concerned about the regulatory oversight of Health Canada, given the decision was based on ‘bureaucratic indecision’ rather than real concern about vaccine safety,” Kuntz told LifeSiteNews.

Kuntz said that there is “no justification to bypass important safety protocols” in the name of rushing a “vaccine to market.”

“Those partaking in this human experiment ought to understand that vaccine manufacturers have been granted legal immunity for any injury or death caused by their product. This alone should be cause for concern,” Kuntz told LifeSiteNews.

Pro-life Conservative Party of Canada (CPC) Ontario M.P. Derek Sloan, who was unsuccessful in his bid to become party leader, told LifeSiteNews in June that it’s “a big red flag” that the NRC chose to work with China on a coronavirus vaccine.

“China concealed the seriousness of the pandemic in its early stages by repressing doctors and denying knowledge of human-to-human transmission,” Sloan told LifeSiteNews. Why would Canada now work with China to develop a vaccine for that same virus?”

Sloan, along with the only other pro-life candidate who ran for the CPC leadership, Leslyn Lewis, told LifeSiteNews in June that he had concerns regarding the ethics behind a vaccine derived from aborted baby cells.

“China has proven they do not communicate fairly or honestly. We should hold everything they do in regards to COVID-19 with the highest amount of suspicion,” Lewis told LifeSiteNews.

Sloan, who opposes mandatory vaccinations, told LifeSiteNews that unethical vaccines such as Ad5-nCoV are “reckless and irresponsible” and that “Canadians should not have to choose between their health and their conscience.”

In July, VCC launched a lawsuit against Trudeau’s government and the Doug Ford government of Ontario to hold them “accountable” for their “overreach and the draconian and unjustifiable measures taken in response to COVID-19.”