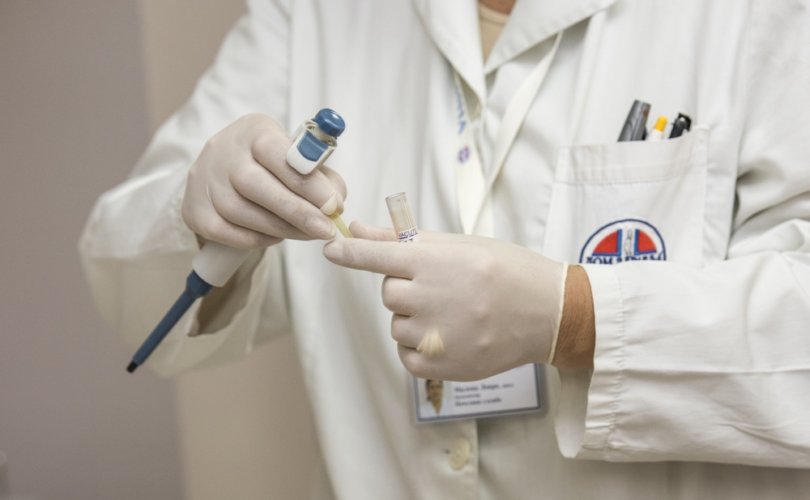 POWELL RIVER, British Columbia, August 21, 2019 (LifeSiteNews) — A Canadian man suffering from ALS opted to be euthanized after the provincial government denied funding for the 24-hour care he needed to stay home with his 11-year-old son.

Sean Tagert, 41, was killed by medically-assisted suicide at his home in Powell River on August 7, the CBC reported.

“When you deny the necessary care, sometimes a person, out of despair, will ask for euthanasia,” said Alex Schadenberg, executive director of the Euthanasia Prevention Coalition.

“I predicted this would happen, and sadly, it is now a reality,” he told LifeSiteNews.

Tagert, who was diagnosed with amyotrophic lateral sclerosis (ALS) in 2013, told the CBC last September that Vancouver Coastal Health had agreed to fund his home care for 20 hours a day.

But the former heavy duty mechanic, who had exhausted his savings at this point, needed round-the-clock care, particularly to remove fluid from his tracheostomy site, and be turned every half hour, CBC reported.

“There are a range of options for care for those with complex health needs, including 24/7 residential care,” VCH said in a statement to CBC at the time.

“We will continue to meet with and offer options to this particular client to ensure we understand his situation and that his care needs are met.”

Tagert told CBC then that he regarded the offer as “a death sentence” that would separate him from his son, Aidan, of whom he had partial custody.

“My boy is everything to me. I wouldn’t still be here if it weren’t for him,” Tagert said.

A message on Tagert’s Facebook page posted after his death echoed this.

“The few institutional options on hand, Sean pointed out, would have offered vastly inferior care while separating him from his family, and likely would have hastened his death,” stated the post honoring Tagert’s memory.

In the six years since his diagnosis, Tagert had “succeeded, with the help of many, in piecing together a suitable care facility in his own home,” it read.

That included “an expensive saliva-suction machine, needed to prevent him from choking, obtained with the help of donations raised online.”

But “gaining the 24-hour care he required was extremely difficult, especially as the provincial government refused to fully fund home care,” the post noted.

Tagert “endured the steady deterioration of his abilities” for years and suffered a cardiac arrest in October 2017.

He “was resuscitated and placed on a ventilator, and lived since then on life support, completely immobile, communicating only via an eye-tracking computer setup,” according to the Facebook statement.

“Ensuring consistent care was a constant struggle and source of stress for Sean as a patient,” it noted.

“We would ask, on Sean’s behalf, that the government recognize the serious problems in its treatment of ALS patients and their families, and find real solutions for those already suffering unimaginably,” the statement said.

A spokesperson for Vancouver Coastal Health said he could not comment on specific cases.

VCH administers the province’s Choice in Supports for Independent Living (CSIL) program for individuals “who have high personal care needs and wish to live as independently as possible,” said Matt Kieltyka in an email statement to LifeSiteNews.

The Ministry of Health “requires CSIL clients to become employers and manage all aspects of their home support, from hiring and supervising staff to overseeing how CSIL funds are spent. This means CSIL employers/clients are responsible for ensuring that funds are budgeted to cover assessed care needs,” he said.

“We work with clients and their families to help maximize the funding they receive. There are a range of care options for clients with complex needs, including 24/7 residential care,” added Kieltyka.

‘If death is more efficient for the system, [then] death it will be’

“It would be easy to judge Sean Tagert, who was diagnosed with ALS six years ago. Do I believe he made the wrong choice? Sure,” wrote John Ellis on PJ Media.

But while Ellis disagreed with Tagert’s “choice,” he wrote, “I blame Canada and their ‘touted’ socialized medicine.”

“If death is more efficient for the system, [then] death it will be,” he wrote. “Instead of finding ways to serve Tagert and his son, the Canadian health care system found it more convenient to kill him. Now a young boy has lost his father sooner than necessary.”

“A Canadian man disabled by ALS didn’t want to die now. He wanted to be cared for at home so he could be with his son,” wrote Smith in National Review.

“Nope. The government’s socialized health-care system refused to pay for all the care he needed. But it sure paid to kill him by euthanasia,” he observed.

“Because euthanasia is about ‘choice.’ Those with eyes to see, let them see.”