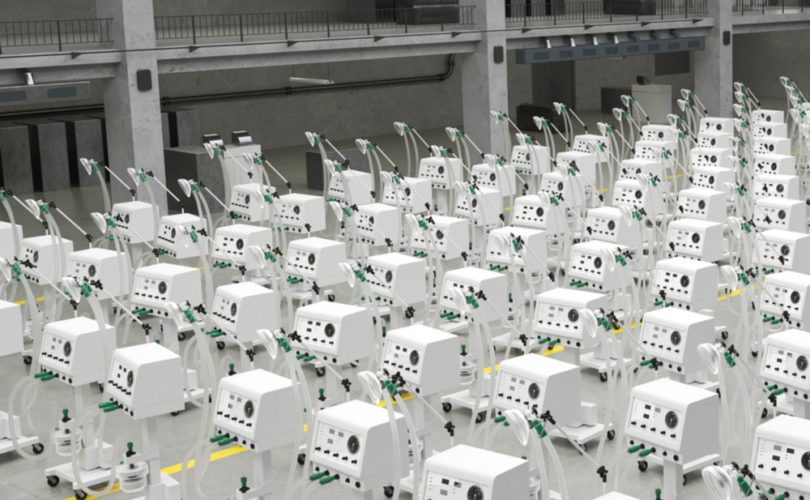 OTTAWA, Ontario, March 30, 2021 (LifeSiteNews) — A committee of the Canadian House of Commons learned last week that a refund on thousands of now “useless” ventilators worth $700 million is unlikely.

According to an article at Blacklocks Reporter last week, around 98 percent of some $700 million worth of ventilators are in storage for the simple reason that they were not needed by hospitals to treat COVID patients.

Last week, the Commons government operations committee was told that for an order for 40,547 ventilators, only 27,025 were delivered. Of these, only about 500 ended up being used.

Blacklocks Reporter pointed out late last week that any refunds for the ventilators are unlikely.

Bloc Québécois MP Julie Vignola from Beauport-Limoilou, Quebec, asked Minister of Public Services and Procurement Anita Anand if there would be a reimbursement “at the end of the day” for the unused ventilators.

Anand replied, “We have a commitment with the manufacturers.”

Vignola was not impressed with this answer and continued to press Anand, asking for a “yes or no” answer on whether or not they would be returned, addiding that she was “concerned about taxpayers’ money.”

Anand replied that the government has received “over 27,000” ventilators” and that “the important point to notice is we had contracts with these ventilator companies,” adding that “Canadians want product that is made in Canada.”

She did, however, say that her department is now working with contractors to halt pending deliveries of almost 14,000 ventilators.

“I found $375 million in potential savings,” commented Paul-Hus. “That’s the equivalent of taxes paid by 25,000 middle-income Canadians. That’s the 14,000 ventilators that are not going to be useful.”

Blacklocks Reporter had reported earlier that around $700 million worth of ventilators has mostly gone unused since being ordered.

In total, the Public Health Agency of Canada spent $720 million for ventilators, without asking for competitive bids. Early on in the COVID crisis, ventilators were touted as needed to combat a surge in ER visits. That surge never materialized.

Three contractors were signed on to provide the ventilators.

Anand said that at the beginning of the “pandemic” it wasn’t “clear how many ventilators would be necessary to prepare for any eventuality.”

“These contracts were put in place a year ago prior to the information coming forward that we may now know,” said Anand.