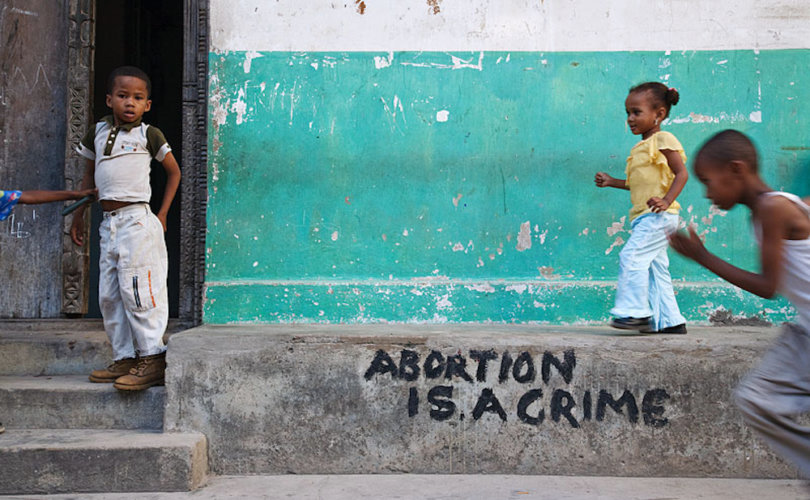 OTTAWA, July 12, 2017 (LifeSiteNews) — The Justin Trudeau Liberals will pour $241.5 million into providing and promoting contraception and abortion in developing nations — particularly in Africa — as part of their commitment to securing global access to “sexual and reproductive health and rights.”

International Development Minister Marie-Claude Bibeau made the announcement on Tuesday during the Family Planning Summit in London, England.

The money is part of the $650 million the Liberals pledged in March to promote global access to “sexual and reproductive health and rights,” as well the $840 million they’ve earmarked “for humanitarian assistance in response to the crises in Iraq and Syria,” according to a Liberal backgrounder.

The backgrounder, entitled “Canada’s leadership on sexual and reproductive health and rights,” details that the Liberals will dole out money over five years to veteran abortion promoters.

The UNPF receives $45 million to provide “reproductive health and family planning services” in Iraq, Syria, and Afghanistan along with humanitarian aid.

The IPPF gets $5 million to promote abortion and provide contraception in South Sudan; Marie Stopes Tanzania $15 million to do the same in Tanzania; the Clinton Health Access Initiative $20 million to “improve access” to sexual and reproductive health choices through an “innovative approach” in Nigeria.

Pathfinder International gets $15 million to “support family planning and abortion services” in Mozambique, where abortion was legalized in December 2014.

But African pro-life advocates are slamming the Liberals for “arrogance,” “hypocrisy,” and “cultural colonialism.”

“The Liberal government, by offering what Africans neither want nor need, shows its hunger to inherit the infamous throne of the ‘world abortion champions’ which the United States has abdicated,” Archbishop Emmanuel Badejo of Oyo, Nigeria, told LifeSiteNews in an email.

Communications director for the African bishops, Badejo excoriated the Trudeau government for “hypocrisy” in “pushing an imperialist agenda that undermine religious and cultural sensibilities and demean the cherished African respect for the life of the unborn.”

That was echoed by Obianuju Ekeocha, founder of the UK-based Culture of Life Africa.

“This new breed of Western leaders who want to impose an abortion-friendly ideology, if you will, by all means in Africa, one thing about them that they all have in common is that they are not listening to us,” she told LifeSiteNews.

Moreover, Canada’s money will do a lot of damage in Africa when organizations such as Marie Stopes use it to lobby for abortion, Ekeocha said.

“In Africa, where there is a lot of corruption, some of it might go into bribery.”

And that will “involve terrible things,” Ekeocha said, because the “very fabric of that society is being shredded, put under pressure, first of all, by this kind of money, but also being shredded at the end of the day — by the time the money goes into buying favours, buying traditional rulers, buying community leaders, buying parliamentarians.”

The Liberals’ promotion of the sexual and reproductive rights agenda is “also terrible for the image of Canada,” hitherto highly regarded in Africa as “one of the few developed countries that was not a colonial master.”

Now under the Liberals, Canada in 2017 is “becoming a massive colonial master” as leader of what Ekeocha describes as the “neo-colonial” movement of the “reproductive rights agenda.”

Canada is not only “going and throwing all this money, it’s also trying to inspire other Western nations to do likewise,” she said.

“Even in their speeches, when you listen to them, you see that it’s kind of a clarion call, ‘we’re putting 650 million, what can you do, what would you do’,” she said. “They’re looking at other countries, and winking at other Western countries.”

The Trudeau government “has put itself right at the forefront of this unfortunate movement that is trying to colonize an Africa that has been decolonized a long ago,” Ekeocha said.