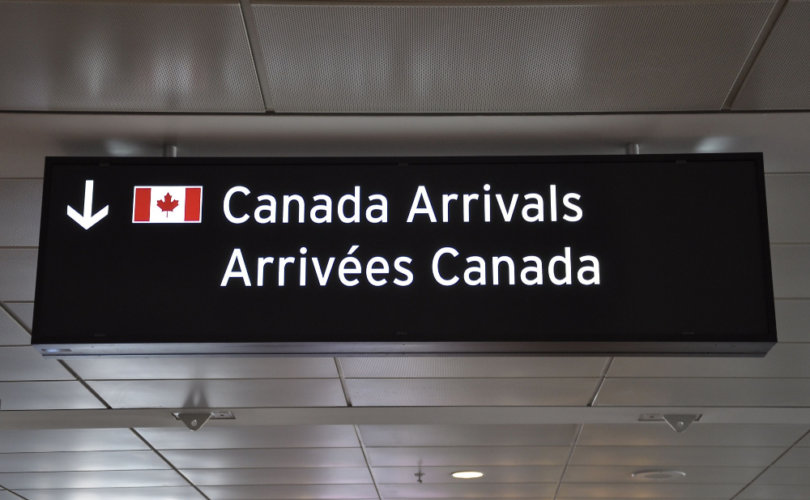 (LifeSiteNews) — An advocacy group representing Canada’s major airlines said that while they welcome the news of Tuesday’s “suspension” of a COVID travel jab mandate, dumping the vaccine rule should be made “permanent.”

National Airlines Council of Canada (NACC) interim president and CEO Suzanne Acton-Gervais said in a press release that while the “government’s decision to suspend the national vaccine mandate for air travel and transportation employees is a positive step,” they are not “enough.”

“(Tuesday’s) changes are not enough to resolve the situation at Canada’s airports and the complexity travelers face. Aviation is a global industry that relies on consistency, predictability and harmonization,” Acton-Gervais noted.

“That’s why we are renewing our call to the federal government to take the remaining steps required to fully align Canada’s COVID-19 requirements with those of other countries.”

The NACC is calling on the federal government under Prime Minister Justin Trudeau to end “the vaccine mandate for inbound international travelers as more than 100 countries have done to date.”

It is also asking that the federal government under Trudeau “Commit to making the changes announced today permanent – providing predictability and assurance for Canadian travelers around their travel plans and transportation employees regarding their future employment.”

Lastly, the NACC says that there needs to be a permanent pause on “arrivals testing at airports, set to expire July 1st.”

On Tuesday, the Canadian federal government under Trudeau announced a “suspension” of a COVID jab mandate for travelers and federally regulated transportation workers.

Canada remains an outlier compared with most of the rest of the world when it comes to mask mandates on planes.

Delays at Canada’s airports have increased in the last few weeks to the point of international ridicule due to extreme wait times for customs and multiple flight cancellations. The airport chaos has not shown any signs of improvement.

Also, unjabbed Canadian travelers upon re-entering the country must still provide a negative COVID test and then quarantine for two weeks.

Despite the Trudeau government suspending random COVID testing at all of Canada’s airports, this is only a temporary measure, as tests are to resume at “off-site” locations after July 1.

The changes to Canada’s COVID travel rules came after intense pressure from travel industry groups and even from the CEO of WestJet, who had all been calling for an end to the COVID mandates.

Leaders from Canada’s travel and tourism industry, including NACC officials  had demanded that Trudeau’s “unscientific and unnecessary COVID policies,” including jab mandates, be scrapped by June 15.

Last fall, Trudeau put in place a mandate that in effect banned those who chose not to get the COVID vaccines to travel ban by air, rail, or sea. The travel vaccine mandate banned Canadians from flying within Canada as well as out of the country.