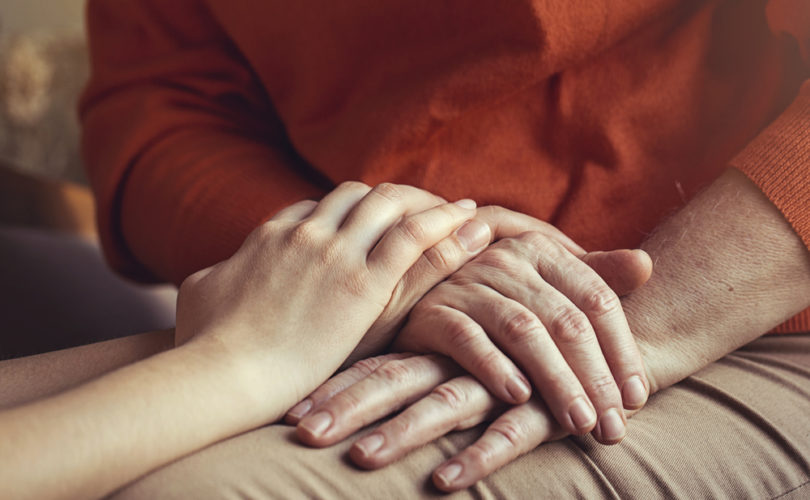 December 12, 2016 (LifeSiteNews) — The Catholic bishops of Atlantic Canada are citing Pope Francis and his controversial exhortation Amoris Laetitia to support a decision allowing priests latitude to decide whether to give euthanasia seekers the sacraments before they are killed.

In announcing it, the bishops rejected the approach of Alberta's bishops, who, while also stressing “pastoral accompaniment,” insisted that in justice and mercy priests ought to be clear with euthanasia seekers that they would be committing a gravely sinful act.

The Atlantic bishops' November 27 guidelines are closer to the Quebec bishops’ pastoral response to euthanasia than the response of the Alberta bishops, according to Bishop Claude Champagne of Edmunston, New Brunswick, president of the Atlantic Episcopal Assembly.

The document, entitled A Pastoral Reflection on Medical Assistance in Dying and signed by 10 bishops, emphasizes pastoral care more than doctrine, Champagne told the Catholic Register.

“Our concern is pastoral accompaniment. Pope Francis is our model,” he said.

Champagne said the guidelines released by the Alberta and Northwest Territories bishops in September do not, in the words of the Catholic Register, “express the vision of all Canada’s bishops.”

Champagne also referred to the Holy Father’s Amoris Laetitia in explaining the Atlantic bishops’ vision of pastoral care for those contemplating or arranging for assisted suicide or euthanasia.

Amoris Laetitia affirms Catholic teaching while recognizing “there are people who are not yet there,” Champagne said.

Thus when it comes to people who are suffering and contemplating, or are arranging for assisted suicide or euthanasia, “we will welcome them, try to understand and journey with them.”

LifeSiteNews was not able to reach Bishop Champagne before deadline.

The Holy Father “reminds us that the one who accompanies others must realize that each person’s situation before God and his/her life of grace are mysteries which no one can fully know from without,” the Atlantic bishops write.

“Consequently, we must not make judgments about people’s responsibility and culpability.”

“To one and all we wish to say that the pastoral care of souls cannot be reduced to norms for the reception of the sacraments or the celebration of funeral rites,” they note.

“Persons, and their families, who may be considering euthanasia or assisted suicide and who request the ministry of the Church need to be accompanied with dialogue and compassionate prayerful support,” the bishops note.

This pastoral accompaniment will “shed light on complex pastoral situations and will indicate the most appropriate action to be taken, including whether or not the celebration of sacraments is proper.”

The “Sacrament of Penance is for the forgiveness of past sins, not the ones that have yet to be committed, and yet the Catechism reminds us that by ways known to God alone, God can provide the opportunity for salutary repentance (CCC, no. 2283).”

The “Sacrament of the Anointing of the Sick is for strengthening and accompanying someone in a vulnerable and suffering state. It presupposes one’s desire to follow Christ even in his passion, suffering and death; it is an expression of trust and dependence on God in difficult circumstances (CCC, no. 1520-3).”

The “reception of Holy Communion as one approaches the end of this life can assist a person in growing in their union with Christ. This last Communion, called Viaticum, has a particular significance and importance as the seed of eternal life and the power of resurrection (CCC, no. 1524).”

“As for the Church’s funeral rites, there are a number of possibilities available,” and deciding what is “pastorally appropriate” should always be carried out with dialogue that is “caring, sensitive and open,” the guidelines note.

It has since been noted that of the 267 euthanasia deaths reported in the province, 45 were in Quebec City, a proportionally higher number than in religiously diverse Montreal, which Quebec health minister Gaetan Barrette pointed out, revealed the secular nature of Quebec’s Catholicism.

“In Quebec City, there’s some form of homogeneity about the general population — it’s French speaking, Catholic, and we know that in Quebec, that group has a different relationship with the religious principles,” Barrette said in October, when tabling the statistics on euthanasia.

The Alberta and Northwest Territories bishops’ Vademecum, as does the Atlantic bishops’ letter, calls for pastoral accompaniment of those Catholics arranging for assisted suicide or euthanasia.

But it cautions against “passivity before such a decision even in the face of seeming serenity,” and notes that those Catholics are in “spiritual peril.”

The Alberta bishops note that some might not be “aware euthanasia is a grave sin” and their freedom could be “impaired” through “depression, drugs or pressure from others.”

But at the same time, the bishops emphasize that euthanasia and assisted suicide are gravely sinful acts, and those who choose to be voluntarily euthanized die in an “objective state of sin, which is gravely disordered.”

The “spiritual peril” facing those Catholics “requires the pastor of souls to accompany them with every effort and in fervent prayer. The priest must first engage such persons with compassion, being careful to listen attentively and receptively to them.”

But priests also have a duty to explain the the teachings of the Church and call the person to repentance.

“Indeed, it is fitting that the priest inform the penitent that he will be praying constantly for their turning away from such a sin,” the Alberta bishops write.

The Vademecum frequently recommends prayer and fasting by priests and laity to that end.

“Perhaps even the offering of penitential fasting by the confessor and other members of Christ’s faithful for the conversion of this individual might stir even the most intransigent of persons to repentance and conversion,” the Alberta bishops write.

The Vademecum also urges priests to grant the Sacrament of Reconciliation when possible.

“If the penitent, having been made aware of the gravity of the situation, is open to learning the Church’s teaching on this issue, and open to reconsidering the decision, the priest can absolve,” the Alberta bishops write.

“There is at least the beginning of contrition, a willingness to reconsider and thus possibly rectify their situation.”

Absolution would have to be deferred, however, if a penitent has “officially requested physician-assisted suicide or euthanasia” and is therefore in an “objective state of sin,” having “incited and socially arranged for someone to kill them.”

Similarly, the priest would have to deny the Sacrament of the Sick if the person requesting it remained “obstinate” in his or her decision to be euthanized.

The Alberta bishops came under fire in the media for stating the Church might have to deny a Catholic burial for a person who had been euthanized, in order to prevent scandal.

“If the Church were to refuse a funeral to someone, it is not to punish the person but to recognize his or her decision – a decision that has brought him or her to an action that is contrary to the Christian faith, that is somehow notorious and public, and would do harm to the Christian community and the larger culture,” they wrote.