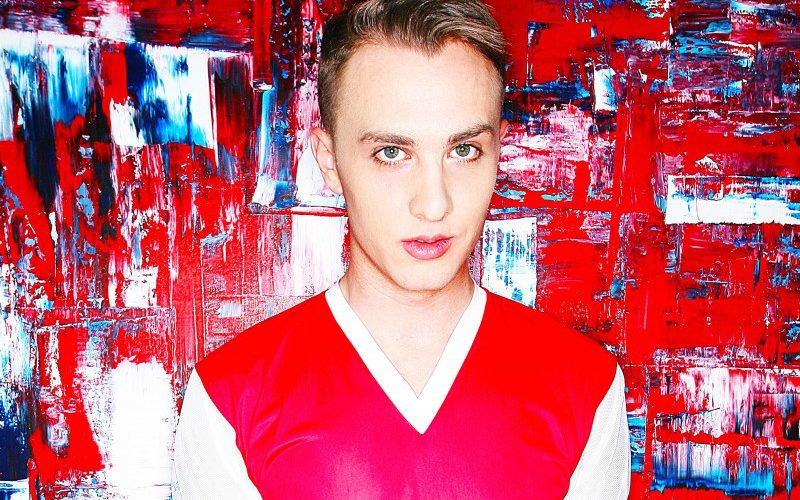 Raziel Reid's When Everything Feels Like the Movies won the Governor General's award for children's literature.

Teenage life sucks and then it gets worse—this seems to be the message judges of children’s literature are looking for these days, at least if the winners of the Governor General’s and B.C. Lieutenant Governor’s writing contests are anything to go by.

Speaking generally about the dark trend in teen lit, Greg Roper, chairman of the English department at the University of Dallas, told LifeSiteNews, “The family is now seen as the source of oppression, a place of pathology. The thesis now is that children must be prepared for a harsh world, not protected from it, and this idea is being pushed at an earlier and earlier age.”

The Governor General’s winner this year for children’s literature is Raziel Reid’s When Everything Feels Like The Movies, which drew this description from a clearly complimentary review in goodreads.com written by Max Baker: “If this book is anything, it's a testament of how f****d up Generation Y is. Like, no s**t. We're a bunch of self-entitled, egotistical, a**holes who hate everything for not being exactly the way we want them.”

National Post columnist Barbara Kay took a dimmer view, noting that the protagonist is both too old—and too weird for good children’s literature. “What were they thinking of?” she asks. “When Everything Feels like the Movies is about a trans/queer teenager — Jude (or “Judy”) Rothesay—whose difference isolates him socially. But he has many other troubles besides. His mother is an alcoholic stripper, so absorbed in a mutually abusive, on-off relationship with her loutish partner that she has difficulty parenting Jude and his special-needs half-brother Keefer.”

And that’s just the cast of characters. The action happens mostly in the protagonist’s head because life is too unpleasant to handle. Jude describes everything in his life in movie terms (an approach which “grows thin” with overuse, in Kay’s view) when he isn’t describing everything in sexual terms. Thus the folds in a waitress’ flabby neck remind him of “a woman’s vagina.” Not surprisingly, the book is frequently anti-Christian. Jude’s friend Angela describes her abortion this way:  “I asked the doctor if he could suck out some fat when he took the fetus, and the nurse looked at me like I was masturbating with a crucifix.” Quips Kay: “We’re not in Green Gables anymore, Toto.”

She continues, “Adult authority figures are portrayed as weak, incompetent or hypocritical.” As for the protagonist, about all that can be said for him is that he is not hypocritical, he preaches—and lives—a life of “unapologetically absolute” narcissism. “Jude begins and ends as a liar, a thief (steals from mom and the Salvation Army), a sex-teaser of strange men, a stalker, a masochist (he deliberately incites bullying episodes) and a narcissist.” But the book’s message, in Kay’s view, is that this is all appropriate. If you are an “authentic trans/queer,” you can be Peter Pan and never mature. It is a message, in her view, not worth one cent of the $25,000-prize.

Karyn Huenemann agrees. An English instructor at the British Columbia Institute of Technology, a book blogger and Goodreads reviewer, she commented,  “When Everything Feels Like the Movies has just won the Governor-General Award for Children's Literature for 2014. I can't think why. It is certainly FAR from the ‘best English-language … [children's] book’ in Canada this year.”

The characters are far too knowledgeable about sex and far too alienated for typical middle schoolers, she states, zeroing in on Angela’s frequent abortions. Similarly, they don’t talk like children their age. She calls “uncanny” the author’s “inability at depicting characters of a consistent age.”

But literature judges seem to like this subject matter for children. In 2013, the B.C. Lieutenant Governor’s Book Prize for children’s literature went to Caroline Adderson’s Middle of Nowhere, which begins with the disappearance of the youthful hero’s mother, sending him into the bush to escape Social Services. One of the other finalists also pits its hero against Social Services, while a third features its young protagonist in psychotherapy after his brother “shatters” the home by going on a gun rampage.

The 2014 winner, Ashley Little, covers the same dark ground with the ominously titled The New Normal. The contest citation sums it up thus: “Tamar Robinson knows a lot about loss—more than any teenager should. Her younger sisters are dead, her parents are adrift in a sea of grief, and now Tamar is losing her hair.”

If this seems far-fetched, remember it is fiction, says Tula Batanchiav in an undated op-ed piece in New York University’s NYULivewire website, titled “Going Over to the Dark Side: Teen lit about suicide, anorexia and techno-torture is on the rise.” Many of the librarians she interviewed say books about youth in atypical surroundings are not new to kid-lit. Many are curious about worlds different from their own and books about “the dark side” fill the bill.

But Professor Roper told LifeSiteNews that there is more going on here than escapism. “The concept of childhood has changed. We used to believe it should be a protected time, that children needed a world of innocence to develop psychologically. Now the thesis is that children must be prepared at an earlier and earlier age for an oppressive world. But children are more stressed than they have ever been. That thesis has been an utter failure.”

Dr. Roper added that young adult literature is excessively topical. “You put in the issue of the week, and crank out young adult literature.”  Another problem is its negative take on the family. In classic young people’s stories, he said, the hero often rebels against his parents but by the end has discovered they are positive and caring. Now the family of origin is the villain the hero must escape.

“The search for freedom has always been a theme for both adult and children’s literature,” Dr. Roper said.  “But there is a difference between freedom and licence. Freedom is deeply misunderstood not just in literature but in the culture at large.”

Dr. Roper said he and his wife read all the literature assigned their children in school before they read it. Some books they have not let their children read.