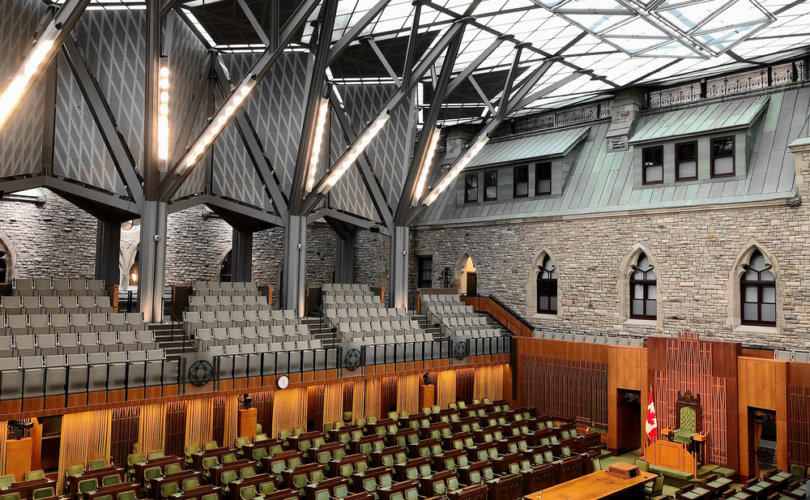 OTTAWA (LifeSiteNews) – The Conservative Party of Canada (CPC) at the direction of leader Erin O’Toole left out any Member of Parliament (MP) who publicly questioned COVID shots from being part of its “Shadow Cabinet.”

However, a glance at the list, which includes 54 CPC MPs, leaves out notable ones such as Dr. Leslyn Lewis, Marilyn Gladu, Rosemarie Falk, and Mark Strahl. These three MPs have publicly questioned COVID jabs or mandates in one way or another over the past few months.

Lewis finished third in the 2020 CPC leadership race that saw O’Toole elected. Gladu also ran in the race but dropped out midway.

Speaking in French to reporters two weeks ago, O’Toole said he selected MPs who were “experienced” and “prepared to fight inflation, prepared to fight the Liberal-NDP coalition, and also to address vaccine hesitancy.”

“It’s very important for leaders in our shadow cabinet to play that role,” added O’Toole, saying that is the reason he made those “choices.”

Both Gladu and Falk are longtime MPs who previously were part of the CPCs “Shadow Cabinet.”

Gladu is behind a group of CPC MPs who banded together to create a “Civil Liberties Caucus” to speak for Canadians who have chosen not to get the COVID jabs.

Gladu said one of the goals of the “Civil Liberties Caucus” will be to give a voice to those who are “concerned because they haven’t taken the vaccine that they can’t leave or enter the country.”

Gladu herself has not stated whether she has had the COVID jabs. She recently apologized for saying in an interview that COVID doesn’t pose the same “frequency of risk” as the polio disease.
Lewis is pro-life and a first-time MP for Haldimand-Norfolk, Ontario. She recently took aim at Trudeau’s push to get COVID vaccines in the arms of kids age 5-11, saying some parents do indeed “question” the safety of the injections.

Recently, a group of CPC MPs blasted COVID jab mandates as “discriminatory,” saying rapid testing options should also be allowed to those who choose not to get the injections.

Strahl, who serves as MP for Chilliwack-Hope in British Columbia, lost his role as finance shadow minister. Just recently, he said he is concerned about constituents who “are being told if they’re unable to be vaccinated they’re going to be fired.”

“I have not disclosed my health status to anybody. I think the whole issue is a distraction. I think Trudeau’s done a great job of dividing Canadians, period,” added Motz, according to a Western Standard report.

The house resumed Monday with all MPs gathering in attendance in person.

Recently, the CPC caucus had a meeting at which several MPs voiced concerns over House jab mandates to O’Toole.

But after that caucus meeting, O’Toole said all of his MPs will “be vaccinated” with the COVID jabs.

Just last Friday, O’Toole said that all 119 CPC MPs had the COVID shots or had received exemptions.

“All our MPs will be there,” O’Toole said.

O’Toole has come under fire from many within the CPC since becoming the party leader in 2020 and then losing the 2021 federal election to Justin Trudeau’s Liberals.

Many have called out O’Toole for his shifting of the party to the left.

Also, Senator Denise Batters was booted from the CPC because she launched a petition calling for the ouster O’Toole.

The COVID-19 injections approved for emergency use in Canada, including the Pfizer jab for ages 5 and up, all have connections to cells derived from aborted babies.

Despite the Canadian government praising the effectiveness of the COVID jabs, trials have never produced evidencethat vaccines stop infection or transmission. In fact, they do not even claim to reduce hospitalization, but the measurement of success is in preventing severe symptoms of COVID-19.