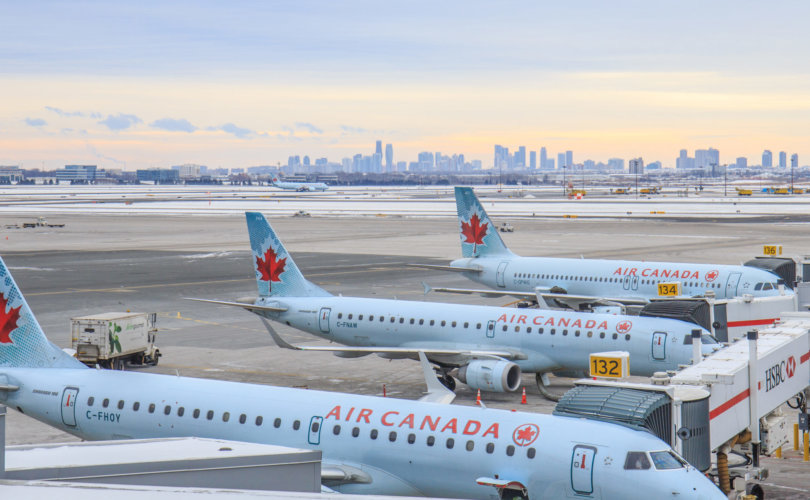 OTTAWA (LifeSiteNews) – A mandate put in place by Canadian Prime Minister Justin Trudeau that has banned the vaccine-free from traveling by air, rail or sea will soon be lifted.

According to a CBC report published this evening, a source who was not “authorized to speak publicly on the issue” revealed that the Trudeau Liberals will make an announcement ending COVID jab mandates for “domestic travel on planes and trains, as well as outbound international travel.”

It is not clear at this time whether or not the Trudeau government will also scrap the much-maligned ArriveCan app, which all travelers must use before entering Canada.

Delays at Canada’s airports have increased in the last few weeks to the point of international ridicule.

The latest news comes after intense pressure from both the Canadian travel industry and even from the heads of airlines themselves, demanding that the mandates be lifted.

Travel industry groups as well as the CEO of WestJet have been calling for an end to the COVID mandates for some time now.

Even many within Trudeau’s very own caucus want the COVID travel mandates gone.

Last week, Canadian Transport Minister Omar Alghabra did not give a clear answer as to when COVID the Trudeau government would lift its travel ban for the vaccine free.

The lifting of the travel ban for the vaccine free will also come after Trudeau stated today that he has been infected with COVID for the second time within 6sixmonths.

Last fall, Trudeau put in place a mandate that in effect bans those who have chosen not to get the COVID vaccines to travel ban by air, rail, or sea. The travel vaccine mandate bans Canadians from flying within Canada as well as out of the country. Few exceptions are given.

Canada’s strict COVID measures were the catalyst for the Freedom Convoy, which took to the streets of Ottawa to demand an end to all COVID mandates for three weeks in February. As a result, Trudeau on February 14 enacted the Emergencies Act (EA) to shut down the Freedom Convoy.