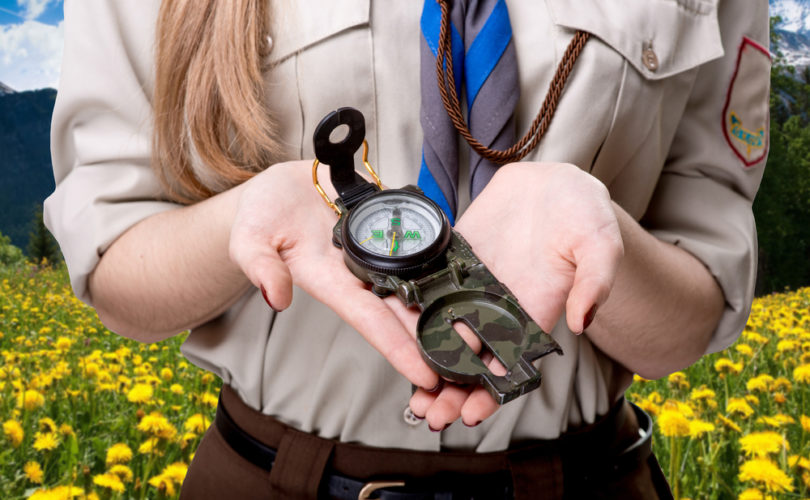 OTTAWA, October 14, 2015 (LifeSiteNews) — Canada’s Girl Guide organization has produced guidelines for male-to-female transgender members that leaves it up to the troubled youths themselves to decide which washrooms they will use and whom they will sleep with on group excursions.

“It’s the path of progress to destruction,” Gwen Landolt, the executive vice president of REAL Women of Canada, told LifesiteNews. A former Girl Guide, Landolt said, “We took an oath back then to support God, family and country. Now it is a case of anything goes.”

The “Guidelines for Inclusion of Transgender Members” released on October 5, closely resemble the draft transgender guidelines prepared for the Ottawa Carleton Public School District and published by LifeSiteNews in August.

Both allow the youth in question, traditionally categorized as “gender dysphoric” by the psychoanalytic professions, to determine their gender for themselves. And both allow the “trans” youth to determine whose washroom they will use and whether they sleep in the hotel room or tent with boys or girls on excursions.

This markedly contrasts with the more cautious approach of the U.S. Girl Scouts, which call for local officials to work out the best sleeping arrangements suitable for all members involved.

On the vexed subject of washrooms, it states, “Any child in your unit, including those who are trans, may use the washroom that best corresponds to their gender identity.” The document goes on to advise the leadership to provide a private room to “transgender” members if requested.

Similarly, in a passage specifically addressing sleepovers and campouts, the guideline provides for “transgender” youth to have their own room if they want, but otherwise, “if the trans girl in your unit is comfortable using a gender-segregated change room [segregated from boys], they may have access to the girl’s change room… As a member of your unit, the girl will participate in the same activities as all other members of your unit. This includes sleeping in the same area as the other members of your unit.”

“It’s the old problem,” said Landolt. “Anyone can say they are female. It will make overnight camping very interesting.”

But Landolt thinks the violations of modesty are the tip of the iceberg. The real issue is the propagation of the radical, unscientific notions of gender-fluidity. “If they’ve done this boost their numbers,” said Landolt, “it won’t work. What parents in their right mind want their children indoctrinated into this nonsense?”

Mary Ellen Douglas, national organizer for the Campaign Life Coalition, agreed.”The problem here is the flooding of society with diversity,” but a diversity, she noted, that “totally blends the sexes to the point of being absurd. They are sowing confusion and maybe they want to sow confusion.”

Douglas offered by way of contrast the clarity of Jesus’s words in Matthew 19:4, “Have you not read that He who created them from the beginning male and female he created them?”

Another contrast is offered by the pragmatic, albeit still controversial, approach taken by the Girl Scouts of the USA, which announced it would accommodate itself to “transgender” youth earlier this year.

In discussing sleeping and bathing issues Girl Scouts USA stated, “These situations are rare and are considered individually with the best interests of all families in mind. Should any girl requiring special accommodations wish to camp, GSUSA recommends that the local council makes similar accommodation that schools across the country follow in regard to changing, sleeping arrangements, and other travel-related activities.”