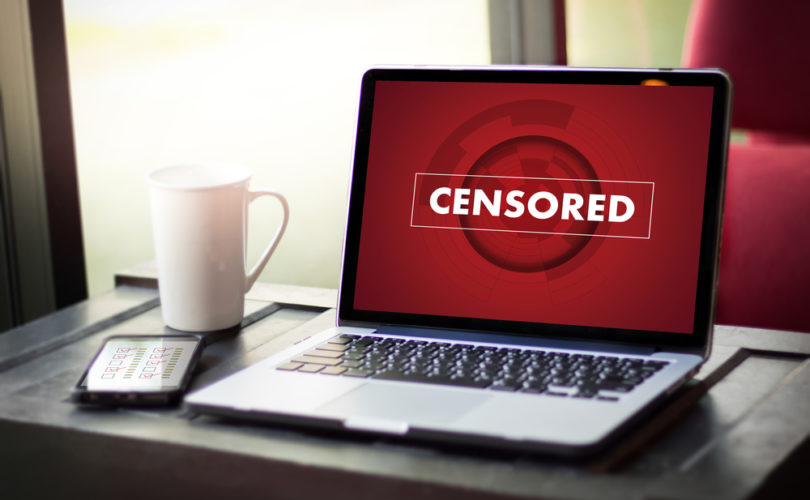 OTTAWA (LifeSiteNews) – Canadian Heritage Minister Pablo Rodriguez announced Wednesday that he appointed a 12-member “expert advisory group on online safety” panel who will be tasked with giving the government advice on how to regulate the internet via new legislation.

According to Blacklock’s Reporter, Rodriguez said he is open to “all ideas “with the help of the panel, which will be staffed with professors from major Canadian universities.

Rodriguez said when asked if such a bill when introduced would infringe on Canadians’ charter rights that “Freedom of speech is a fundamental right.”

Rodriguez then bizarrely claimed his bill in some ways will “really help freedom of speech.”

He also said his “expert” panel must hold all their meetings “in the next two months” before “we will take that information, work on a bill and table it as soon as possible.”

Rodriguez’s new “expert” panel comes amid the controversy surrounding Bill C-11, An Act to Amend the Broadcasting Act and to Make Related and Consequential Amendments to other Acts, which Rodriguez  introduced  in February.

It is not yet clear how a new internet regulation bill will compare with or complement Bill C-11; however, a previous bill could give some insight into what is to come.

Bill C-36 was introduced by Justice Minister David Lametti just before Canada’s House of Commons closed for the summer 2021 break.

The bill was titled “An Act to amend the Criminal Code and the Canadian Human Rights Act and to make related amendments to another Act (hate propaganda, hate crimes and hate speech).”

The bill died, however, once the 2021 federal election was called, but the Liberal government of Prime Minister Justin Trudeau has promised recently they would do “more” to regulate the internet.

The Trudeau Liberals’ first try at censoring the internet failed to pass the Senate in the summer of 2021.

Despite Canada’s House of Commons passing the controversial internet regulation Bill C-10 on June 22, the bill drew fire for its targeting of user-generated content< on social media platforms and failed to pass the Senate.

‘Digital Safety Commissioner’ is not a popular option

In the summer of 2021, the Heritage Department proposed the creation of a Digital Safety Commissioner, who would have the power to censure one’s Facebook/Instagram/Twitter posts or block websites based solely on anonymous complaints.

As reported by LifeSiteNews at the time regarding such a commissioner, they “would have the power to shut down websites deemed a threat to ‘democracy,’ and to promote content deemed harmful.”

However, a recent Technical Paper and companion Discussion Paper that proposed the new federal censor did not gain much support. Of some 9,218 submissions on the proposal, says Blacklock’s Reporter, there were only a “small number” in support of it.

Indeed, even the left-leaning University of Toronto’s own Citizen Lab said having a federal censor would be too extreme, as it would shut down political dissent.

Despite hate speech being an offense under Canada’s Criminal Code since 1970, nevertheless, the Trudeau Liberals for the past two years have brought forth legislation they say is needed to combat such speech.

Canada’s Department of Canadian Heritage said in a February 3 report that censoring legal online content does not have much support.

“Many cautioned against opening up categories of harmful content to speech that, though harmful, would nevertheless be lawful,” the report stated.

Recently, Canadian Foreign Minister Mélanie Joly said the government must regulate the internet to stop the spread of Russian “propaganda.”