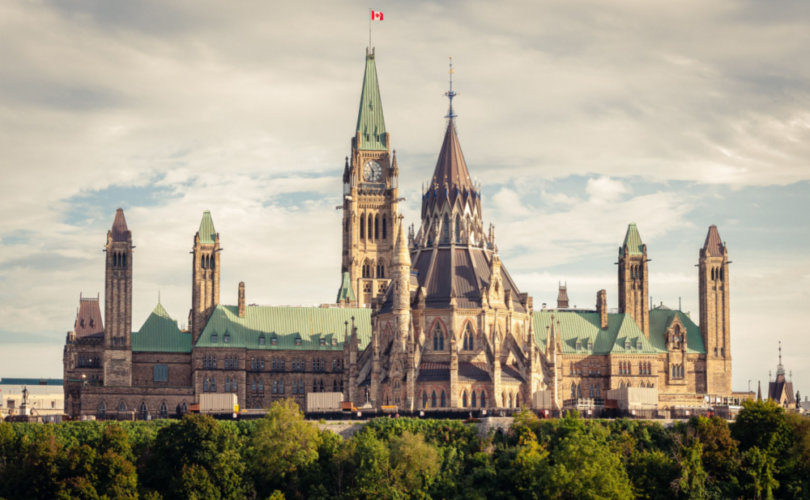 OTTAWA (LifeSiteNews) — Canadian Members of Parliament (MPs) and their staff who refused to get the COVID vaccines or did not disclose their injection status will no longer be barred from entry into Canada’s House of Commons.

“By unanimous consent, the #HoC adopted a motion regarding the suspension of measures affecting COVID-19 vaccination during House and committee proceedings, effective Monday, June 20, 2022,” tweeted the official House of Commons last Thursday.

The vote to repeal the ban for unvaccinated MPs and staff from entering the House of Commons was put forward by Liberal MP house leader Mark Holland.

The government also announced that employers in federally regulated “air, rail, and marine sectors will no longer be required to have mandatory vaccination policies in place for employees.”

The lift on the ban comes with the House of Commons only having three sitting days left before it breaks for the summer.

Last fall, Trudeau’s federal government put in place a ban on democratically elected MPs and staff who did not get the COVID vaccines from accessing the nation’s center of democracy, the House of Commons. The rule came into effect on November 22, 2021.

This resulted in at least one public incident where a democratically elected MP was forcibly removed from the House of Commons for not revealing her COVID vaccine status.

Earlier this month, pro-life Conservative Party of Canada Member of Parliament Cathay Wagantall was forcibly removed from the House of Commons after she refused to abide by the rule mandating all MPs have two COVID vaccines or a medical exemptions.

Wagantall had first submitted a medical exemption, which was valid and which the House of Commons nurse had accepted. However, the rules for unvaccinated MPs were recently changed by the Liberals.

However, Poilievre blasted the fact that suspension of the vaccine mandates for travel does not include cross-border truckers.

“He (Trudeau) still won’t let a trucker who sits alone all day in the cab of his truck go back to work by crossing the border,” Poilievre noted.

Despite the vaccine mandate being lifted for MPs, a mask mandate remains in place.