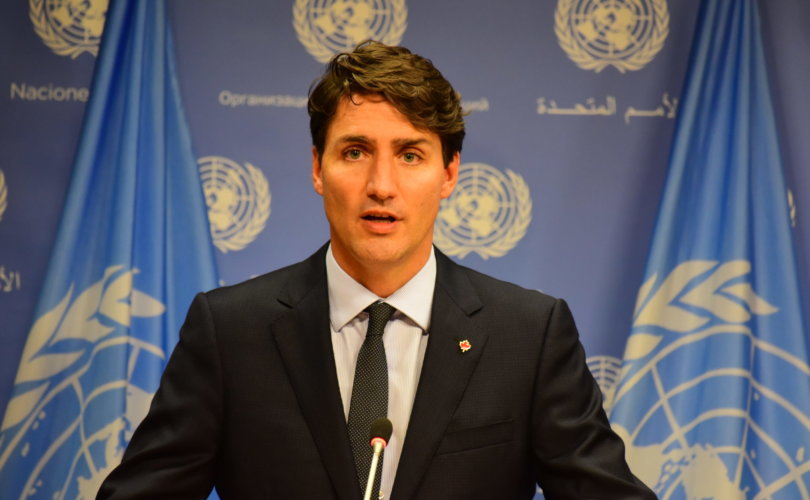 (LifeSiteNews) – Despite an official job posting by the Trudeau government looking to hire officers for the so-called “Environmental Enforcement Directorate,” Canadian mainstream media claims using the term “climate cops” is “dangerous” and “misinformation.”

After Alberta’s United Conservative Party leadership candidate Danielle Smith tweeted at Prime Minister Justin Trudeau to ask if he is “seriously hiring Climate Change Enforcement Officers,” later referring to the officers as “climate cops,” CTV News ran an article saying Smith’s statement constitutes “misinformation” and is “dangerous,” despite a job posting from the federal government confirming the police-like nature of the job.

As Premier, we will not permit any Federal climate cops to operate in Alberta by virtue of the Alberta Sovereignty Act.

“[B]ut if you’re absolutely convinced that there’s nefarious motives behind the federal government, it doesn’t matter what’s in the job ad,” he continued, adding that Smith’s statements are from a “different version of reality.”

The job posting also mentions that officers will be responsible for “Conducting investigations into alleged violations of federal environmental laws,” by “taking statements from witnesses or accused persons, preparing and executing search warrants, reviewing and assessing evidence, and preparing court briefs.”

While so-called climate change has been a topic of much interest for the Trudeau government since coming into power in 2015, public skepticism surrounding Trudeau’s supposed climate goals and his means of achieving these goals has been on the rise in recent months.

Whether it be Trudeau’s carbon tax, his government’s unwillingness to build pipelines to transport the nation’s fossil fuels, or his proposed fertilizer emissions reduction plan, critics of the Trudeau government remain worried that he is more motivated by control than a genuine concern over the environment.

Addressing Trudeau’s fertilizer emissions proposal, Saskatchewan Minister of Agriculture David Marit said: “The Trudeau government has apparently moved on from their attack on the oil and gas industry and set their sights on Saskatchewan farmers.”

“The world is looking for Canada to increase production and be a solution to global food shortages. The Federal government needs to display that they understand this. They owe it to our producers,” added Alberta’s Minister of Agriculture Nate Horner.

Despite the pushback, Trudeau’s government seems adamant on pushing their climate change agenda, with reportedly leaked architectural plans sent to The Counter Signal showing that the Ministry of Environment & Climate Change Canada (ECCC) is building a new facility for their enforcement teams that include rooms for “firearms storage,” interrogations, and intelligence capabilities, among other uses.