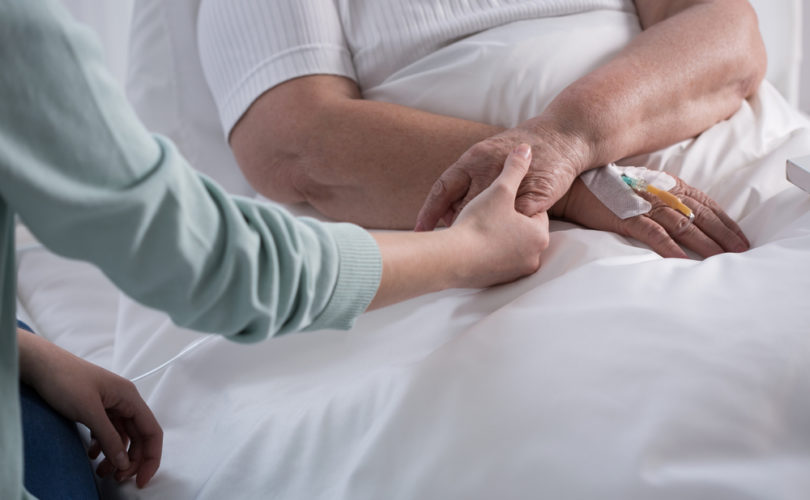 The dignity of the human person is “inherent” and remains regardless of their circumstances, Cardinal Thomas Collins of the Toronto archdiocese told the committee. “That’s why we don’t believe it’s right to kill them.”

This belief in the intrinsic dignity of the human person motivates the Catholic Church’s mission of providing health care, including care for the dying, he said. “Just this afternoon I got a proposal for another palliative care place” in Toronto’s center, added Collins. “We do this. We’re on the ground. We’re doing it. We’re caring.”

The all-party committee of five senators and 11 MPs wrapped up two weeks of public hearings last Thursday, after hearing from about 40 organizations and individuals.

Collins was far from the only witness to underscore the urgent, indeed, by some accounts, desperate need for palliative care in Canada.

Montreal ethicist and professor of law and medicine Margaret Somerville linked access to palliative care to informed consent, noting that “there would not be an informed consenter if the patient hadn’t been offered all reasonable alternatives.”

People who have requested euthanasia have “changed their minds very often when offered and given good palliative care and pain management,”  Somerville said, adding that “access to proper, fully adequate pain management” is “actually a fundamental human right.”

A spokesman for the Canadian Cancer Society said he was concerned that by focusing on providing physician-assisted suicide and euthanasia, the federal government will make no effort to improve the country’s abysmal palliative care service.

That could lead to the “tragedy” of patients asking to be killed because they lack access to palliative care, Gabriel Miller, director of public affairs for the CCS told the committee February 1.

“It will be a failure, and a most dangerous failure, if we don’t fix palliative care at this moment.”

Moreover, probably because there is “genuine ambivalence” on the issue in its ranks, Miller said the Canadian Cancer Society doesn’t yet have a policy on doctor-assisted suicide or euthanasia — a stance that caught a couple of committee members by surprise.

Indeed, their rather critical reactions prompted MP Tory Mark Warawa to ask that the committee not “bait or insult” people it had invited to give evidence. “I’m concerned that we’re going too far when we start criticizing them and saying we’re disappointed that they don’t have this or that position.”

Miller told the committee that the CCS, which he described as “Canada’s largest national health charity,” holds that “any responsible policy on assisted dying must guarantee access to quality palliative care for all Canadians.”

In a recent study, Canada ranked 27 of 40 countries in providing “affordable end-of-life care,” Miller said, and despite Senate studies on palliative care in 1995, 2000, 2005 and 2010, a federal  scheme for palliative care has never been advanced or implemented.

What exists is a “costly and confusing system that is failing too many patients.”

And while palliative care is “most effectively and affordably” provided outside hospitals, it’s fully publicly funded only in hospitals.

This is in a country where one in four people die of cancer, making the disease Canada’s leading cause of death, Miller noted. One of two cancer patients die in hospital, “despite the preference of most patients to die at home.”

“We would like to see, as much as possible, for people to help people overcome their suffering and meet their challenges though care and support,” he said. “And anyone who chooses death because those things were not available, that would be a tragedy.”

But Liberal-appointed Senator James Cowan said that “None of us see physician-assisted dying to be an alternative to palliative care.” Moreover, the committee’s work has to do with “assisted dying,” the Nova Scotia senator noted. “It really surprises me” that the CCS “is not prepared to come and give us some assistance.”

Miller said while the CCS will be having a discussion on the issue, “my concern, frankly, is that we will only deal with assisted dying” and overlook the evident need for palliative care.

The Liberal-appointed Senator Serge Joyal also said he was “surprised” the CCS has no position on physician-assisted suicide, as presumably cancer patients would be seeking recourse to such measures.

“I find it strange. …Is it the fact that you don’t want to scare Canadians with physician-assisted death? Or donors?”

Miller replied that the CCS didn’t have a position because it wasn’t sure how donors and supporters felt about it, and because there is “a genuine ambivalence within the organization.”

And Rhonda Wiebe of the Council for Canadians with Disabilities likewise told the committee  on January 28 that “Canada now finds itself in the bizarre situation where we have the right as citizens to ask a physician to help us end our lives, but we don’t have the legal impetus for the right to palliative care.”

“It is unconscionable that people should choose to die through physician-assisted dying because they had no choice, due to a lack of palliative care,” she said. “Let’s not base our health care strategies on what’s cheaper” but “on what’s the right thing to do.”

Ethicist Somerville noted that in the culture and the courts, “the exercise of autonomy has been equated with human dignity.” A loss of autonomy is therefore a loss of dignity.

But the other concept of dignity is that “human dignity is intrinsic to being human, and as long as you’re human, you have dignity, and you must be respected in the way that all humans need to be respected.”

The danger of adopting the former concept of dignity, Somerville said, is that anyone who is seen as not having dignity “can be disposed of.”

For more information on the special committee on “physician-assisted death”, go here.