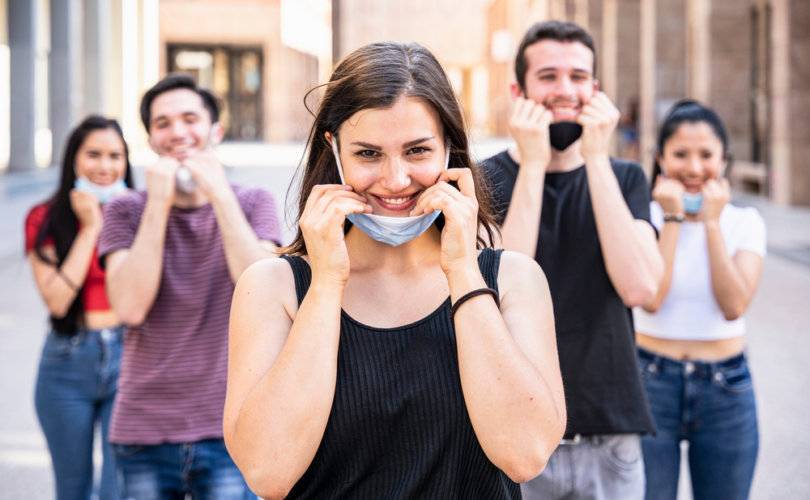 (LifeSiteNews) – Canada’s public health czar departed from the mainstream government narrative by suggesting that vaccinations and mask wearing should be voluntary.

Dr. Howard Njoo, the deputy chief epidemiologist with the Public Health Agency of Canada, told reporters that vaccination is “a voluntary choice” while explaining that governments would be better off avoiding the use of coercion, according to Blacklock’s Reporter.

“From a public health perspective, we want people to be sort of informed and make that a voluntary choice to get a vaccine,” said Njoo.

“We know vaccines are a very important tool, safe and effective in terms of how we manage not just the Omicron variant wave right now, but for COVID-19 into the future.”

Continuing his call for informed consent, Njoo addressed the divisive issue of masks mandates as well.

“People should be encouraged — it doesn’t have to be because there’s a mandate. It’s because people see the value in and of itself to protect themselves and protect others,” added Njoo.

Njoo’s approach seems to be in sharp contradiction to the federal government’s opinion, as both Liberal Prime Minister Justin Trudeau and Liberal-appointed Minister of Health Jean-Yves Duclos have supported strong-arming the population into compliance since the rollout of the shots.

“What we see now is that our health care system in Canada is fragile, our people are tired,” said Duclos earlier this month.

While Trudeau has not explicitly endorsed Duclos’ idea that Canadians should lose their right to bodily autonomy and be forced by law into receiving the shots, he has imposed extreme restrictions on the unvaccinated, including a vaccine mandate for all federally regulated workers and a prohibition on air, train, and sea travel for all vaccine-free Canadians over age 12.

Trudeau also went on a perplexing rant last year in which he claimed that many of the so-called “unvaccinated” Canadians are “misogynists” and “racists” while questioning whether the vaccine-free should continue to be “tolerated.”

While many Canadians, both vaccinated and unvaccinated, are worried about the lengths the governments in Canada have gone to and are going to, with respect to coercing people into taking the jabs, top lawyers have come out to say that mandatory vaccination is flagrant violation of each Canadians freedoms under the nation’s Constitution.

“Canadians cannot legally be subjected to forced injections, especially not with an experimental drug treatment that is still undergoing long-term clinical trials and for which there is no long-term safety data,” Allison Kindle Pejovic, a lawyer for the Justice Centre for Constitutional Freedoms (JCCF), told LifeSiteNews last week.

“Health Canada’s ‘Canadian National Report on Immunization, 1996’ states that immunization cannot be mandatory because of Canada’s Constitution. Our Charter of Rights and Freedoms protects all Canadians from laws that would attempt to force medical treatment upon them against their will,” explained Pejovic.

“Such a suggestion [by politicians] is an affront to democracy and something one would expect in authoritarian regimes such as China, or the former Soviet Union.”

1
Catholic foundation attempts to save historic basilica up for sale due to clerical sex abuse
2
The message of Our Lady of Akita looms large amid increased risk of nuclear annihilation
3
Popular outdoor-wear outfitter launches ‘Summer of Pride’ with outrageous drag queen video ad
4
Moderna CEO: 30 million COVID jab doses will be tossed ‘because nobody wants them’
5
Forensic exam finds Hunter Biden’s laptop is 100% authentic
Subscribe to Daily Headlines »