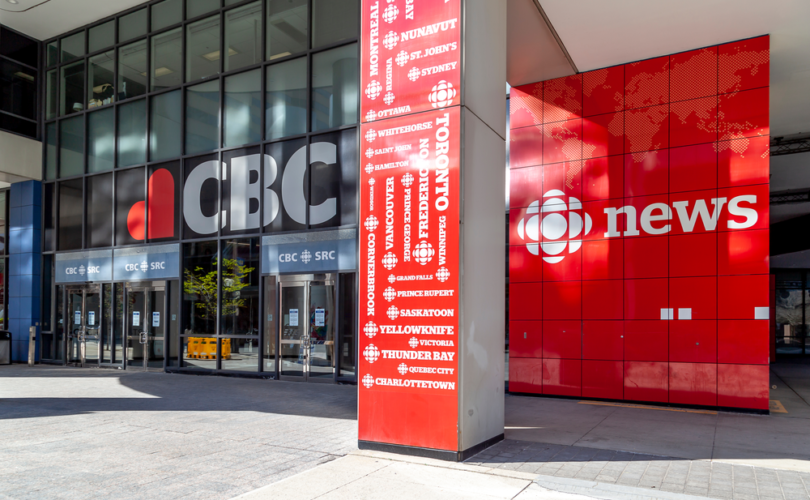 WINNIPEG, Manitoba (LifeSiteNews) – State-run Canadian Broadcasting Corporation (CBC) was ordered to pay nearly $2 million in costs and damages in a defamation case for failing to report in a “fair” manner, a judge has ruled.

According to Blacklock’s Reporter, Justice Herbert Rempel of the Manitoba Court of Queen’s Bench ordered the CBC to pay $295,017 in additional costs (legal fees) along with $1,659,403 in damages that were awarded in December 2021.

“The CBC took very strong positions during the course of the trial that were not supported by the facts as I found them,” Rempel wrote.

The combined damage awards are some of the largest payouts in Canadian history.

Last December, Rempel said the CBC had to pay investment adviser Kenneth Wayne Muzik nearly $1.7 million after finding the network had defamed him in 2012 with various reports.

The CBC had run a report with the headline “Is Your Money Safe?” that included a photo of Muzik.

Rempel concluded that a CBC TV and online report about Muzik adversely affected his personal life and his ability to earn a proper income.

Regarding the CBC’s story about Muzik, Rempel wrote that the “CBC had an obligation to report the facts in a fair, balanced and responsible manner,” adding “It failed.”

According to the court, the negative coverage of Muzik had misled viewers regarding him.

In December, Rempel wrote that the CBC has “considerable resources and a wide audience as a national broadcaster,” and that its large “footprint” online “will be something that lives on forever even if the CBC removes the news stories from its website.”

The CBC receives some $1 billion per year in funding from the federal government.

Other mainstream media outlets in Canada also receive funding from the federal government.

The Canadian Taxpayers Federation (CTF) recently called for an end to the massive subsidies given to the state-run CBC.

The CBC and other mainstream media outlets were quick to condemn the Freedom Trucker Convoy, which ended after Trudeau used the Emergencies Act (EA) to clear out the protesters.

The CBC had also earlier retracted a story from January that falsely claimed Russia was somehow behind the Freedom Convoy.

The CBC in mid-October had to apologize after it admitted it used COVID hospital training footage of a mannequin in an ICU on a ventilator in a video news segment to highlight the COVID situation in Alberta hospitals.