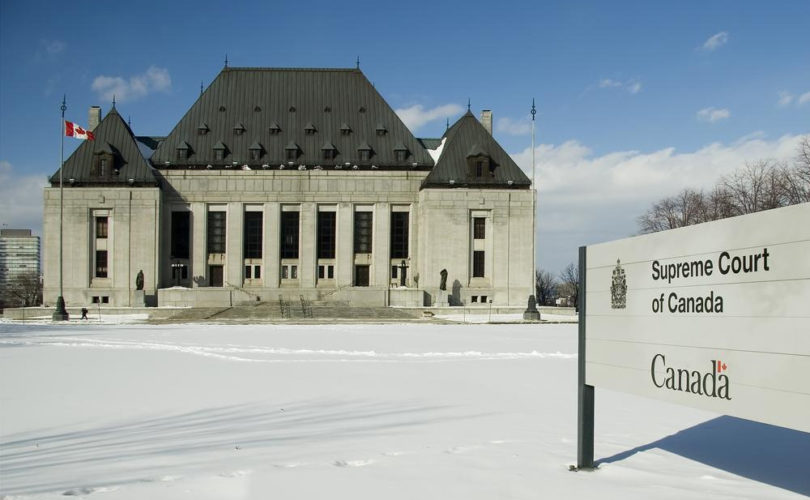 OTTAWA, January 11, 2016 (LifeSiteNews) – After hearing oral arguments Monday, the Supreme Court of Canada has deferred its decision on the federal Liberals’ request for another six months to draft a law governing assisted suicide.

Last February, Canada’s top court struck down the criminal prohibition of assisted suicide as unconstitutional, and gave the government a year to draft legislation to regulate the practice.

But government lawyer Robert Frater argued that the February 2016 deadline doesn’t give the federal Liberals enough time to consult with the provinces and territories on this “very complex” issue, reports the CBC.

“Our request to this court is based protection of the public and the rule of law and ensuring that there’s a comprehensive scheme in place,” the counsel for the attorney-general told the Court. “The number of issues that have to be dealt with here are extremely large and they are very complex.”

The Ontario government also argued for an extension, with Ontario’s attorney-general’s counsel Malliha Wilson noting that the provinces and territories have “uncertainty” regarding the limits of their jurisdiction, the CBC reported.

“The provinces can legislate, but due to the fact that there are no Criminal Code amendments, it becomes that much harder,” she told the Court.

In December, the federal Liberals formed a special joint senate and parliamentary committee to recommend legislative responses to the Supreme Court’s decision.

Although the Senate appointed five members, the House of Commons, which reconvenes January 25, has not yet appointed any MPs to the committee. (The five senators are: Liberal-appointees James Cowan (Nova Scotia) and Serge Joyal (Quebec); Conservatives Nancy Ruth (Ontario), Kelvin Ogilvie (Nova Scotia) and Judith Seidman (Quebec).)

Frater told the Supreme Court Monday that the senators are able to begin their consultations, and that the committee has a February 26 deadline to come up with recommendations. “So the work has to get done by then. That’s the important thing about the establishment of the committee.”

The Court also heard from lawyer Joseph Arvay, who argued against a six-month extension on behalf of B.C. Civil Liberties Association, according to the Canadian Press.

Avray argued that an extension would impose hardship on people wanting a physician’s help to kill themselves before then. “We have really suffering people,” he said.

“Absolutely opponents should still have their say,” he told LifeSiteNews last week. “If you say nothing, that’s the best way of ensuring you get what you don’t want.”

Schadenberg pointed out that the Supreme Court decision legalized assisted suicide, but not euthanasia. Conceivably, the federal government could ban the latter, which requires that another person administer a lethal injection to who is asking to be killed.

Those who wish to attend the Ontario consultation in person must pre-register (here). Consultation dates: