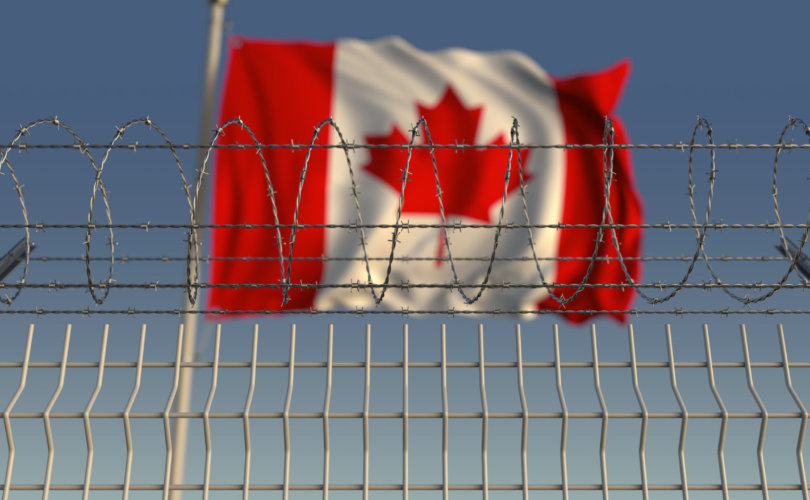 OTTAWA (LifeSiteNews) — The Supreme Court of Canada unanimously decided Friday that “sentences of imprisonment without a realistic possibility of parole” are no longer permissible in Canada.

“[These types of sentences] are intrinsically incompatible with human dignity because of their degrading nature, as they deny offenders any moral autonomy by depriving them, in advance and definitively, of any possibility of reintegration into society,” the court decided in its ruling.

“Sentences of imprisonment for life without a realistic possibility of parole may also have devastating effects on offenders, who are left with no incentive to rehabilitate themselves and whose incarceration will end only upon their death,” the court added.

With this decision, the maximum length of time a prisoner can be sentenced in Canada without being eligible for parole is 25 years, ending the 2011 amendment former Prime Minister Stephen Harper made to the Criminal Code that allowed judges to impose consecutive 25- year sentences for the most heinous offenders.

Friday’s decision comes specifically from the case of Alexandre Bisonette, who was convicted of six counts of first-degree murder when he opened fire on a group of Muslims in a Quebec City mosque in 2017.

Bisonette was initially sentenced to life in prison without the possibility of parole for 40 years – although the judge could have chosen to go as high as 150 years before parole eligibility — but will now be able to apply for parole in just 25 years.

Since the decision is being applied retroactively, all those currently serving sentences in which the period of parole eligibility is beyond 25 years will have their sentences reduced.

Nadine Larche, the wife of slain Royal Canadian Mounted Police Constable Doug Larche, who was one of three officers killed in 2014 by a man named Justin Bourque, expressed sadness when learning of the ruling.

“In a strange way, it did give me comfort that I knew that there was no remote possibility of him coming out,” Larche told the Canadian Broadcasting Corporation on Friday.

“I’m hugely disappointed in the ruling. I respect the ruling, however, because I respect the court. But it scares me. It scares me that [Justin Bourque] could eventually go free, even if it’s unlikely,”  Larche said.

Conservative Party of Canada leadership front-runner Pierre Poilievre also chimed in on the ruling, promising Canadians that if elected he will use the “notwithstanding clause” to impose consecutive sentencing to ensure “that the worst murderers stay behind bars for life.”