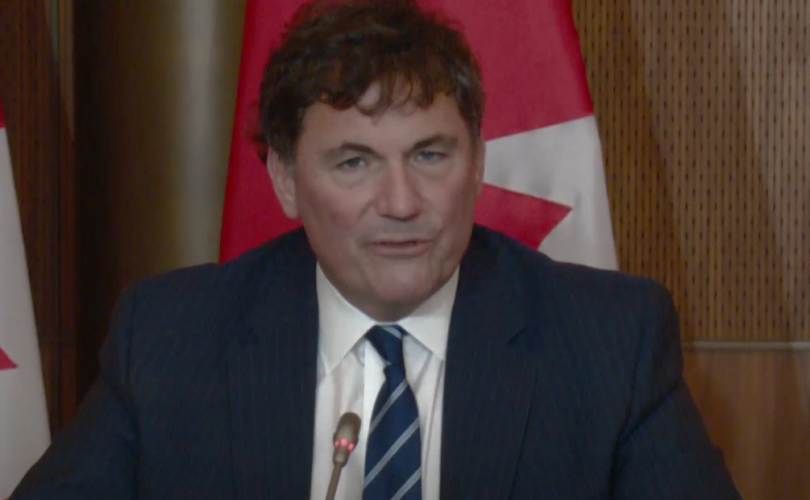 OTTAWA (LifeSiteNews) – The Canadian federal government announced the full details today of its “suspension” of a COVID jab mandate for travelers and federally regulated transportation workers, but conservative politicians say the new rules are not enough.

While vaccine-free Canadians will soon be able to board a plane domestically and leave via international flights, those entering Canada will still be mandated to quarantine for two weeks upon coming home, and must also produce a negative test, as per the current rules.

Unvaccinated foreign nationals are still barred from entry into Canada, the government claims, “because vaccination rates and virus control in other countries varies significantly.”

Masking on airplanes and trains remains mandatory, and at this time, cruise ships are not included in the new measures.

Canada remains an outlier compared to most of the rest of the world when it comes to mask mandates on planes.

The Trudeau government claims that its “suspension” of the COVID travel jab mandate is a “science-based” decision after a “successful vaccination campaign.”

“The Government of Canada’s decision to suspend the mandatory vaccination requirement for the domestic transportation sector was informed by key indicators,” Transport Canada said. “The evolution of the virus; the epidemiologic situation and modelling (stabilization of infection and hospitalizations across the country); vaccine science; and high levels of vaccination in Canada against COVID-19.”

Despite the relaxation of the rules, the Trudeau government said it will “not hesitate” to bring back the jab mandates for travel.

At a press conference today in Ottawa, Minister of Health Jean-Yves Duclos, Transport Minister Omar Alghabra and Minister of Intergovernmental Affairs, Infrastructure and Communities Dominic LeBlanc spoke about the “suspension” of the jab mandate.

LeBlanc said that “Canadians may wonder, is this too fast or is this too slow,” adding that “if the situation takes a turn for the worst, we are prepared to bring back the policies necessary to protect Canadians.”

Alghabra said the changes are a result of the COVID situation being “not the same now as it was last fall when we implemented the vaccine mandate for travelers and transport workers.”

Starting June 20, employers in the federally regulated “air, rail, and marine sectors will no longer be required to have mandatory vaccination policies in place for employees,” Transport Canada said.

Last fall, Canadian Prime Minister Justin Trudeau put in place a mandate that in effect banned those who chose not to get the COVID vaccines to travel ban by air, rail, or sea. The travel vaccine mandate banned Canadians from flying within Canada as well as out of the country.

Also, a mandate was put in place requiring federal workers and those working in federally regulated industries such as aviation to be fully jabbed. This resulted in thousands of workers either being placed on unpaid leave or losing their jobs outright.

In a statement sent out today, the Justice Centre for Constitutional Freedoms (JCCF) said that the “reported intention of the federal government to suspend vaccine mandates is long overdue.”

The JCCF said that the suspension of the jab mandates is “welcome news to millions of Canadians who have been discriminated against on the basis of their personal medical decisions, and barred from air travel and trains and ships.”

It added that the rescission of the “discriminatory and unjustifiable mandates” needs to “be permanent.”

“The Justice Centre will continue to advance litigation against the mandates and their unjustifiable infringement of Canadians’ civil liberties. We must continue to ensure that a court decision is obtained to prevent mobility rights from being restricted in future,” the JCCF said.

Allison Kindle Pejovic, a JCCF lawyer, told LifeSiteNews that while the suspension of travel mandates is “welcome news,” the JCCF believe the government’s “unwarranted and vindictive violation of Canadians’ mobility rights must be addressed by the Court to hold the government to account.”

Trudeau’s vaccine mandate is being challenged in court by People’s Party of Canada leader and former MP Maxime Bernier, through the JCCF.

Opposition Conservatives say ‘suspension’ of mandates is not enough

Conservative Party of Canada (CPC) MP and leadership candidate Pierre Poilievre said that suspension of the COVID jab rules is not enough.

“Finally. Leaked news reveals Liberals feel pressure from Canadians & are suspending – not eliminating – some vaccine mandates But we don’t know if that means ALL COVID mandates suspended, for civil servants, RCMP, military. It isn’t over until all mandates are gone, for good,” Poilievre tweeted.

But we don’t know if that means ALL COVID mandates suspended, for civil servants, RCMP, military.

It isn’t over until all mandates are gone, for good. https://t.co/GOa9JLTNCP

CPC MP Melissa Lantsman, who for weeks has been pressuring the Trudeau government to remove the COVID jab travel mandates, said simply “suspending” mandates is not enough.

Details matter: suspending mandates is not eliminating them.

Still NO science we’ve seen to justify any mandates. None. #cdnpoli #EndTheMandates