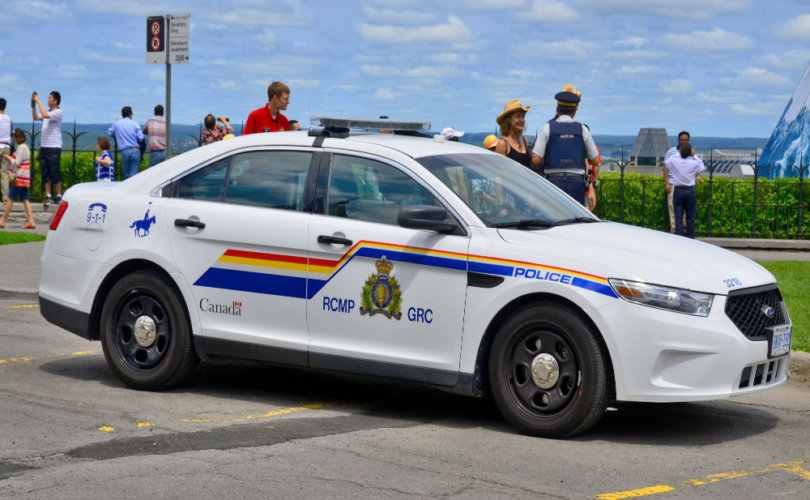 OTTAWA (LifeSiteNews) – Canadian MPs sounded the alarm regarding one’s privacy after they learned that the country’s top police force has been using spyware that can turn on or off a person’s phone camera or microphone at will.

MPs of the House of Commons ethics committee raised the issue regarding personal privacy at the same time Royal Canadian Mounted Police (RCMP) Commissioner Brenda Lucki would not disclose whether the spyware was used to target politicians.

As reported by Blacklock’s Reporter, members of the House of Commons ethics committee were rightly concerned after learning the RCMP had been spying on people via their phones.

MPs had just learned about the spying practice after Canada’s House of Commons tabled cabinet documents.

In a June 22 Inquiry of Ministry, the RCMP said the spyware could be used to “covertly and remotely obtain data from targeted computing devices.”

This included emails, photos, video, and “audio recordings of private communications.” It even included bank records and electronic documents as well.

The disclosure came about after Conservative Party of Canada (CPC) Tako Van Popta asked for information regarding “government programs conducting surveillance or gathering information from Canadians through their phones or other mobile devices.”

In June, the RCMP acknowledged it used special spyware to hack into a suspect’s phone without them even knowing it.

The RCMP used the spyware to turn on or off the camera or microphone of a laptop or phone at will to eavesdrop on one’s conversations.

The RCMP claimed that it only uses such techniques in serious matters involving national security when all other means have been exhausted. The revelation, nevertheless, shows it has been used in at least 10 investigations between 2018 and 2022.

CPC MP Ryan Williams said, “We know this technology has been used in the United States.”

According to privacy commissioner Philippe Dufresne, early this week he testified that he had never heard of the spyware practice.

“We heard about this from the media,” Dufresne said, as reported by Blacklock’s Reporter.

On June 30, Dufresne said he had asked the RCMP if the spyware practice was in line with Canada’s Privacy Act.

Dufresne said that “we value privacy as Canadians and I think it’s something that has to be top of mind which is why I say privacy is a fundamental right,” adding that “it has to be so.”

NDP MP Matthew Green asked Dufresne if he believes that the “use of technologies like this by law enforcement has the potential to violate rights guaranteed by the Charter of Rights And Freedoms?”

Dufresne replied that “they have the potential of having impacts on privacy.”

CPC MP Damien Kurek noted that the “precedent certainly that I see is one that’s not very good.”

RCMP commissioner mum on whether spyware is being used on politicians

According to Blacklock’s Reporter, RCMP Lucki did not say one way or another if the spyware was used to monitor MPs.

On July 26, the House of Commons ethics committee passed a motion asking for “a list of warrants or any other information related to the wiretapping of Members of Parliament, parliamentary assistants or any other employee of the Parliament of Canada.”

Lucki in a letter dated August 4 said that such information “will not be provided by the RCMP.”

“Any RCMP investigation involving elected officials or employees of the Parliament of Canada would follow the same process and procedures as any other subject of an investigation,” the RCMP said.

The House of Commons ethics committee earlier this week said that such secrecy from Lucki was “troubling.”

CPC MP Pat Kelly said that a “committee of Parliament has unfettered powers to request documents,” and that “just a blanket refusal to a committee is troubling.”

Kelly noted that on behalf of the committee, which asked for information from the RCMP, “it was quite disappointing, in fact troubling, to receive in Commissioner Lucki’s letter what amounts to just point blank refusal.”

According to Blacklock’s Reporter, since 2012 the RCMP have been using the spyware, and since 2017 have used it 32 times after getting court warrants to use the technology.

The ethics committee pressed whether those in public office were being surveilled.

Public Safety Minister Marco Mendicino did not say whether the spyware was being used on politicians.

According to Mark Flynn, assistant RCMP commissioner responsible for national security, the RCMP never did consult with the federal commissioner of privacy to see if the spyware was in line with Canada’s Privacy Act.

It was also recently disclosed that Canadian Special Forces conducted surveillance flights over the Freedom Convoy in February in a spy plane capable of eavesdropping on cell phone calls and tracking small movements, contrary to a military directive banning such flights.

In 2020, a Edward Snowden, a former contractor for the CIA turned whistleblower, warned that surveillance measures many governments around the world are using could end up becoming a permanent reality of life.

Snowden became famous after he leaked highly classified government secrets in 2013 from the U.S. National Security Agency, some of which showed how the agency was tracking literally everything on everybody worldwide. In 2019, he wrote a book, Permanent Record, which has become a bestseller worldwide, detailing the inner workings of his former employer. He remains in exile in Russia.