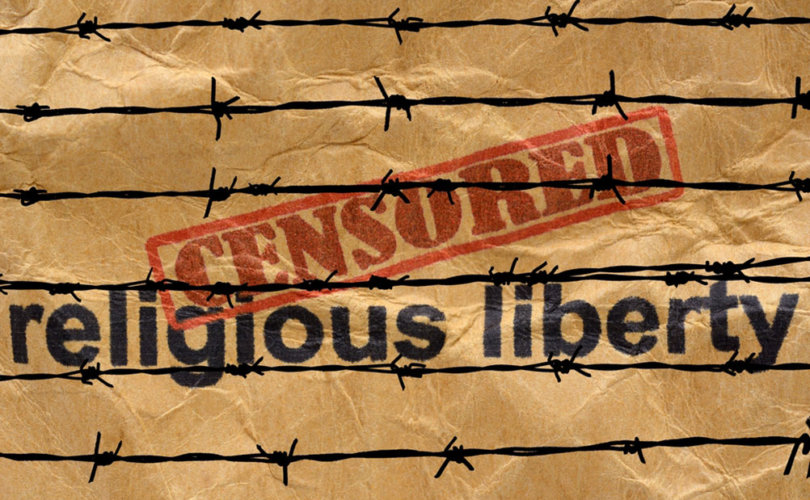 In a pair of 7-2 decisions (here and here), the top court ruled it was “proportionate and reasonable” for the law societies of British Columbia and Ontario to refuse accreditation to graduates of Trinity Western University (TWU) proposed law school because the Christian college’s Community Covenant discriminates against and reportedly harms LGBTQ people.

TWU, a Langley, British Columbia-based private Christian college associated with the Evangelical Free Church, requires students sign a commitment to refrain from, among other things, any sexual activity “that violates the sacredness of marriage between a man and a woman.”

It’s unclear if TWU will go ahead with its planned law school in light of the ruling since future graduates would not be able to practice law in Ontario and B.C.

“Trinity Western, like any other private institution, is entitled to hold its religious views including those on the biblical understanding of sex and marriage. Tragically this decision states that there is no room for religious diversity in the public sphere,” he said in a Friday press release.

“This is anti-Christian bigotry, there is no other way to put it,” Campaign Life Coalition vice president Jeff Gunnarson added.

“The court’s decision to deny Trinity Western the right to exercise its religious rights, sets a dangerous precedent for other faith-based schools, organizations, charities,” he said.

That was echoed by Phil Horgan, president of the Catholic Civil Rights League (CCRL), one of the over 30 interveners in the landmark case the Supreme Court heard November 30 and December 1 last year.

The decision “will provide a launching pad for future attacks on the continued access of religious organizations to public benefits,” warned Horgan.

“In brief, we are seeing the continued diminished acceptance of religious viewpoints in the public square.”

Religious institutions, including the Catholic Church, “are entitled to maintain their respective religious views, including positions on marriage and gender, and should not be the subject of prejudice, or exclusion of state benefits, for maintaining such views,” he said.

“The further implications of this ruling need to be opposed,” Horgan stressed. “We must not be compelled to have our teachings suppressed as a requirement for participation in the public square.”

The CCRL intervened with Faith and Freedom Alliance in conjunction with the Catholic Archdiocese of Vancouver, which also issued a statement warning the ruling has “potential to undermine freedom of religion, conscience, and association in Canada.”

The decision “runs counter to Canada’s tradition of balancing rights and freedoms” and its implications on “constitutional freedoms in Canada are severe,” said Vancouver’s Archbishop Michael Miller.

“Not only is freedom of conscience and religion a fundamental principle recognized in international human rights law, it is the first freedom guaranteed in the Canadian Charter of Rights and Freedoms,” he added.

Even more “more disturbing” was that the decision “undermined rights actually written in the Charter in favour of unwritten charter values.”

The Court’s “willingness to disregard the Charter of Rights and Freedoms means the threat of state influence expanding beyond its authority is increasing,” he noted.

“The Court is allowing governments and government-mandated regulators to decide which beliefs and values are favoured in society, narrowing pluralism and freedom of conscience, beliefs, and thought in a serious way.”

The Evangelical Fellowship of Canada, which intervened in the case along with Christian Higher Education Canada (CHEC), also deplored the decision. TWU is an affiliate of the EFC and a member of CHEC.

“This is a sad day,” said Bruce J. Clemenger, EFC president, in a press statement.

“While the Court affirmed individual religious freedom and its expression, and did not oppose the idea of a TWU law school, we are deeply concerned that the infringement of Charter freedoms was deemed reasonable, in this case,” he said.

“In a society of deep pluralism, there must be room for a Christian university to remain faithful to its purposes and contribute to the public good.”

Chief Justice Beverley McLachlin, who has since retired, and Justice Malcolm Rowe agreed but for different reasons, set out in separate opinions.

The court’s majority opinion stated the “decision not to accredit Trinity Western University’s proposed law school represents a proportionate balance between the limitation on the Charter right at issue and the statutory objectives the [law societies] sought to pursue.”

It also held LGBTQ students at the proposed law school would suffer harm as a result of the Community Covenant.

“Attending TWU’s law school would mean that LGBTQ students would have to deny a crucial component of their identity in the most private and personal of spaces for three years in order to receive a legal education,” the ruling noted.

Justices Russell Brown and Suzan Côté dissented, writing that the majority “betrays the promise of our Constitution that rights limitations must be demonstrably justified.”