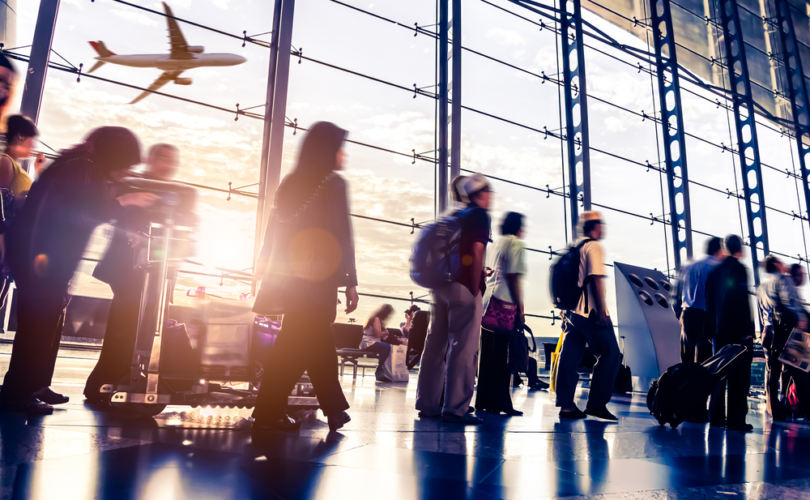 “Just days after the Liberal Minister of Transport blamed ‘out of practice’ travelers, expert testimony confirmed that the Liberal mandates and testing are behind the long lines and delays at airports across the country,” reads a joint statement sent yesterday from Thornhill, Ontario, CPC MP Melissa Lantsman, who serves as the opposition critic for transport, and Peterborough-Kawartha MP Michelle Ferreri, opposition critic for tourism.

“As countries around the world are reducing red tape and making it easier for citizens to travel, the Liberals continue to impose their outdated and unjustified mandates and testing that are leading to longer lines and a slower recovery,” the statement continued.

Lantsman and Ferreri’s statement on behalf of the CPC says that at a recent House of Commons Transportation and Infrastructure Standing committee meeting on Monday, expert testimony revealed that Trudeau’s “mandates and testing are fueling delays at airports across Canada.”

“Expert after expert at committee called for the end of these ridiculous requirements. The Canadian Chamber of Commerce called for a ‘step back’ to improve regulations and become more competitive. The President of the Canadian Airports Council called for the removal of ‘legacy public health protocols, noting that the mandatory testing is leading to bottlenecks and hurting Canada’s competitiveness,” the MPs said.

The MPs continued by saying that the travel jab mandates along with other COVID measures still in place are “stifling our hard-hit tourism industry and are leading to long delays for Canadians just looking to travel after a long two years.”

The CPC MPs’ statement concluded by saying, “Instead of blaming Canadian travelers, Conservatives will continue to follow the advice of experts and advocate for the government to immediately revert to pre-pandemic rules and service levels for travel. It’s time to get Canadians moving again.”

Last fall, Trudeau put in place a mandate that in effect bans those who have chosen not to get the COVID vaccines to travel ban by air, rail, or sea. The travel vaccine mandate bans Canadians from flying within Canada as well as out of the country.

Lantsman has been perhaps the most vocal CPC MP to come out blasting Trudeau’s travel vaccine mandate, both in public and in recent days in the House of Commons.

She said the unscientific” and “vindictive” rules need to be dropped.

Today in the House of Commons, Lantsman again blasted Trudeau for his “mandates,” demanding that he come clean and say when they will be removed.

Trudeau said the mandates are not going away any time soon, but that his government is using “science” to make its decisions, which said are being evaluated frequently.

People’s Party of Canada (PPC) leader Maxime Bernier, who recently said he is happy he made the “rational” decision to not get “their” COVID vaccines, sued the Trudeau government over its travel jab mandates.

With the help of the Justice Centre for Constitutional Freedoms (JCCF), Bernier’s lawsuit will be heard by a Canadian federal court on September 19.

Just recently the heads of Canada’s largest airport at the Greater Toronto Airports Authority (GTAA) in a statement sounded the alarm over airport bottlenecks and called for the Trudeau Liberals to ease COVID rules.

The Canadian Airports Council recently raised concerns about airport backlogs in a recent Canadian Press report, highlighting that some people are being kept on planes for hours after landing as there is just no space inside the airport to house people.

“We’re seeing that we clearly cannot have these public health requirements and testing at our borders as we get back to regular travel,” said the council’s interim president Monette Pasher.

Pasher added that getting back to regular travel “with these health protocols and testing in place, the two can’t coexist without a significant pressure and strain on our system.”

As for the Trudeau’s Liberals, Canadian Minister of Transport Omar Alghabra recently said that the government will not “adjust” the travel vaccine mandate until “we feel it’s right.”

He also refused to acknowledge the fact that there could be a correlation between the COVID rules in place with airport delays. Instead, he blamed staffing issues.

Ontario CPC MP Leslyn Lewis, who is running for leadership of the party, has been outspoken against the vaccine mandates.

Just yesterday, she took to Twitter to say that the solution to fixing clogged airports is “simple.”

“The solution is so simple. End the onerous policies. We are one of the most vaccinated countries in the world. The Liberals should trust their own science and end all travel mandates and additional regulations. Let Canada join the rest of the world in returning to normal.#cdnpoli,” Lewis tweeted.

In March, the federal government eased some COVID rules for travelers who have had the jabs but refused to budge on dropping its ban on the vaccine free.